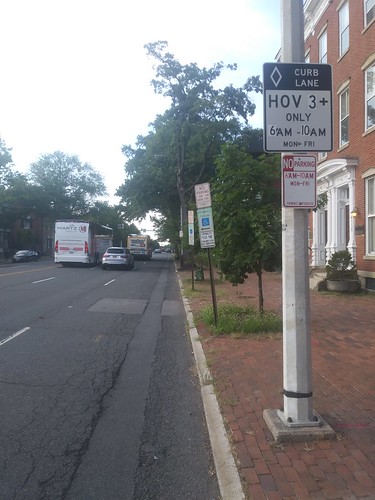 Inspired by an op-ed by then Brookland resident and urban planner Patrick Hare in the Washington Post dating to the early 1990s suggesting that DC could implement HOV (High Occupancy Vehicle) lane restrictions on surface streets, for years in my "transportation wish list," I've suggested that DC should do this on streets such as Rhode Island Avenue, Georgia Avenue, etc.

Alexandria is one of the only area jurisdictions to have done this ("N.VA. OFFICIALS HOPE NEW SPIRIT OF COOPERATION ON TRANSPORTATION WILL SPREAD," Washington Post, 1988) and interestingly, at the behest of Fairfax County, whose commuters use the streets--Washington Boulevard and Route 1--that have the restrictions, the city downshifted their original requirement of 3 people to two.

When I was in Alexandria a couple weeks ago, I noticed that they shifted their HOV policy to three persons (as well as extending the hours).

In any case, creation of HOV requirements for surface streets that function as primary commuter arteries is something more jurisdictions should consider, especially DC. 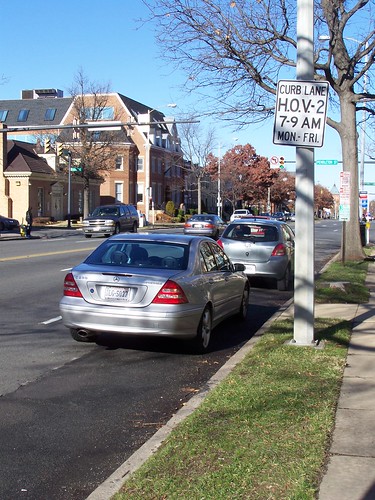