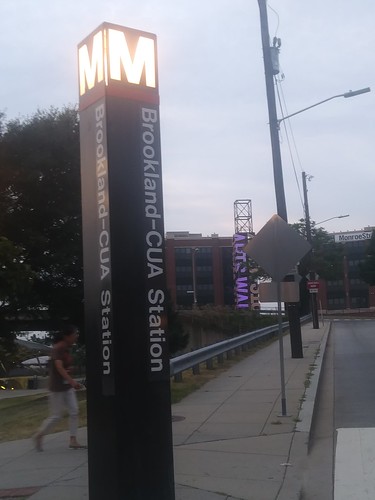 While converting the on campus street that extends from the Brookland Metrorail Station into the  Catholic University campus is a big improvement for the pedestrian experience and a win for sustainable mobility, they failed to maximize the opportunity of the project because they did not:

(3) the enhanced urban design treatment, in particular the brick pavers, should have included the crosswalk.at a minimum.

Granted it probably would have been difficult to work with WMATA as improvements would have required their cooperation, as well as DC Department of Transportation, which controls John McCormack Road.

And fortunately, between Michigan Avenue and this point, the road isn't used by many vehicles, which reduces the chances for conflict between motor vehicles and pedestrians. 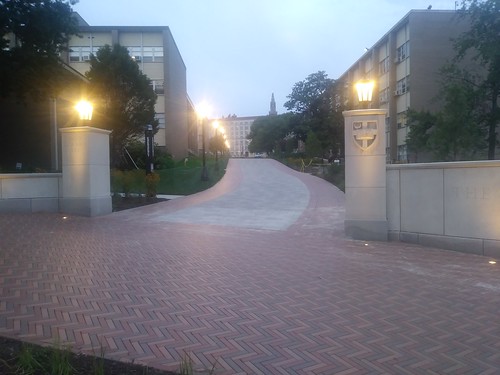 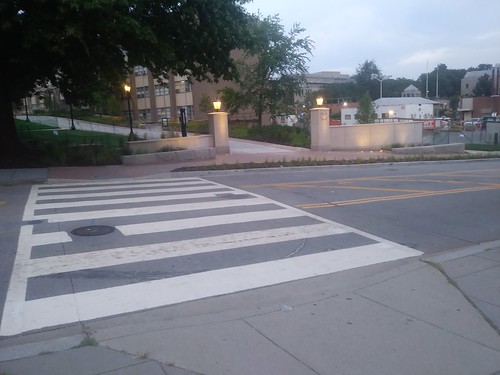 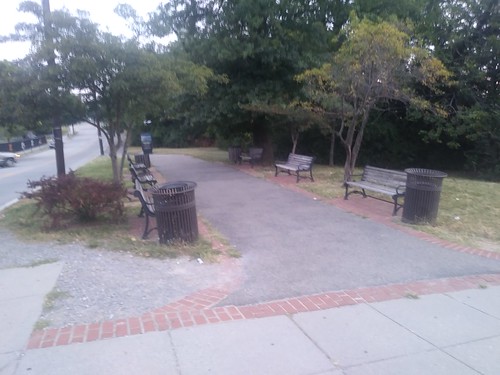 Benches and the Metropolitan Branch Trail adjacent to the Brookland Metrorail Station.

Counterpoint.  Years ago, after Howard University built a bunch of new dorms behind the campus, along 4th Street NW, extending the concentration of dormitories there, I suggested to the then DC planning director that the street should be enhanced with pedestrian-focused urban design changes, including special paving treatment for the street and intersection improvememnts. 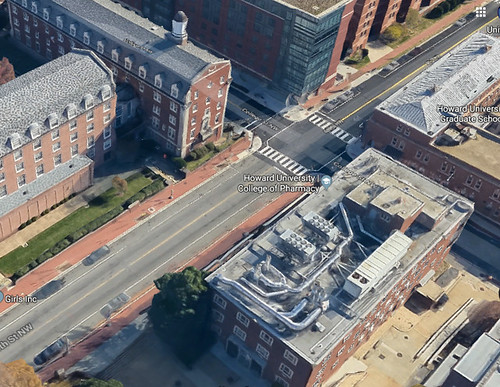 She countered that would mean "Howard University taking over the street."

You could say the same thing with the connection between the CUA campus and the Metrorail station across the street.

But I disagreed with her then because the point ought to be in recognizing land use conditions and seeking the best possible outcome, with the preference on improving and extending the pedestrian experience and character of the city.

In both cases, sustainable mobility choices need to be preferenced, with the aim of discouraging car use and increasing the use of transit, biking, and walking.

Conclusion.  While Catholic University's creation of the pedestrian walk from the Metrorail station is to be commended, it must be acknowledged that they had the opportunity to make it transformative, and they blew that opportunity.