Image: a postcard sent out by Coldwell Banker realtors to their clients.

The turkey-centric meal of Thanksgiving is probably my favorite.

Certainly one I remember from college, which is also captured in a great essay by the author Ann Patchett, "Collecting Strays at the Thanksgiving Table." 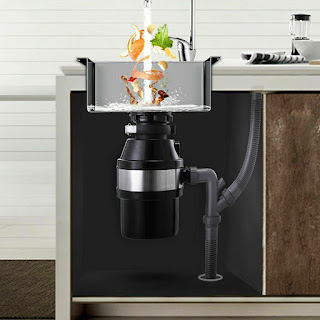 Fats and Oils.  Don't forget that you shouldn't put fats and oils down the drain ("Why Can't You Pour Grease Down The Drain?," Business Insider) because it leads to fatbergs.  According to this Mashed listicle, "Things you shouldn't put down your drain," lots of stuff shouldn't go down the garbage disposal.  It's better to compost.

Even though DC Water got lots of press coverage for their waste energy system using waste products in water, and how DC code requires that kitchen sinks have disposals, DC Water says it's better to compost separately and not put stuff down the drain ("Do you like using your garbage disposal? The water company wishes you wouldn’t," Washington Post).

Helplines.  The New York Times reminds us that Butterball Turkeys has a help line and so does the "Splendid Table" radio show, which will broadcast a live radio call in show on cooking turkey from 12pm to 2pm Eastern Time.

We took the land.  The Boston Gobe's review of the book This Land is Their Land: The Wampanoag Indians, Plymouth Colony, and the Troubled History of Thanksgiving by GWU Professor David Silverman reminds us of the reality that the land we have, America, was taken from Native Americans.

-- "The Myths of the Thanksgiving Story and the Lasting Damage They Imbue," Smithsonian Magazine

Bon Appetit has an article about Native American chefs and Thanksgiving.  From the article:


To many Native people, reckoning with Thanksgiving can be difficult—for obvious reasons. This is partially why the I-Collective, an organization of indigenous chefs and activists across the country, was born ("Brit Reed is leading a new generation of indigenous chefs"). The group hosts Thanksgiving dinners with a decidedly different narrative, celebrating the resilience of their people and telling their stories through food.

Jewish, interfaith and immigrant groups hold a rally in front of the White House on Aug. 11 to commemorate the Jewish day of mourning by calling on the Trump administration to change its immigration policies. (Bill O'Leary/The Washington Post)

We are all immigrants.  At the same time, Thanksgiving should remind us, given the anti-immigrant focus of the Trump Administration ("There’s no other way to explain Trump’s immigration policy. It’s just bigotry," Washington Post) and the alt-right, that every person in the United States, except for those of Native American descent, descends from immigrants, including people first brought here by force.

-- "Gratitude once suffused America. Today, things are not as they should be," editorial, Washington Post

The LA Times food section has a video feature called "Off Menu." The latest episode looks at people who are food challenged, focusing on Skid Row and social enterprise ventures there.

Great Article. This Blog Contain Good information about that. Thanks for sharing this blog. Can you please do more articles like this blog. Support us
Avg Cleaner Pro Mod Apk