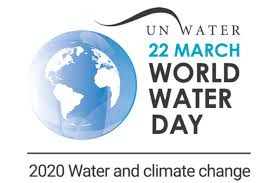 I came across the Ontario Clean Water Agency which is a provincial authority that provides various types of technical assistance to local governments.

US states need to develop equivalent kinds of support agencies, in part by repositioning and redefining existing agencies.

Some government agencies in the waste sector are repositioning along these lines such as SLC Green in Salt Lake City, the Lancaster County (PA) Solid Waste Authority, Recology in San Francisco, and Seattle Public Utilities, which has water and electricity functions.

I haven't come across examples at the state scale in the water sector. DC Water is an example at the local scale (

1. Funding for local infrastructure needs for water distribution and sewage and stormwater capture systems. EPA mandates have imposed significant costs on local systems, which is why over the past 10+ years, water rates have risen so much ("Waster as a utility," 2016).

We need many billions. The amount made available from federal grant programs is minimal. Rural communities ("King George paying a price for years of neglect of water and sewer systems," Fredericksburg Free Lance Star) and shrinking cities are particularly vulnerable.

Republican governments have cut back on EPA authority, delegating it to the states, with the presumption that state water authorities will reduce oversight and regulations.

More recently, PFOA contamination has become an issue although it's not a new issue ("The Lawyer Who Became DuPont's Worst Nightmare," New York Times Magazine).

2. Requirements on agriculture concerning water runoff, which tends to be full of fertilizers and pesticides that overwhelm water systems ("A Movement Grows to Help Farmers Reduce Pollution and Turn a Profit," Yale

A big issue is the campaign against protections of intermittent water sources, such as so called "dry creeks" which don't have water 24/7/365 ("Trump Removes Pollution Controls on Streams and Wetlands," NYT).

4. Restrictions on the ability of bottled water companies to bottle water. Water should be considered a public good and resource, not something that can be privately owned, at least as it relates to bottling water ("Opinion | Bottled Water Is Sucking Florida Dry," New York Times). 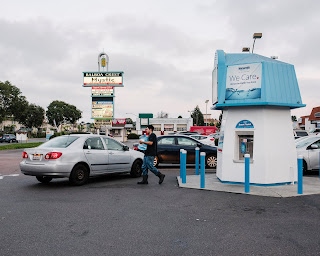 5. Limitations on the sale and distribution of bottled water ("Californians are turning to vending machines for safer water. Are they being swindled?," Guardian).

6. Development of grey water systems in new construction to capture and reuse waste water on site to the extent possible.

======
Flooding and the impact of climate change on coastal waterfront properties is another issue.

I do agree that more places need to do what Tulsa did, and stop developing in flood plains ("Some innovative disaster planning initiatives in Tulsa, Santa Fe, San Francisco, and Davenport Iowa," 2015), which surprisingly, is being pushed by the Trump Administration, although in a very heavy handed way ("Trump Administration Presses Cities to Evict Homeowners from Flood Zones," NYT).