More National Bike Month musings in the face of the pandemic 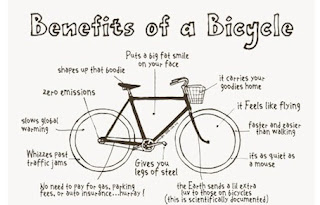 Even though more and more cities in the US have, in response to social distancing rules and use of the public space, designated space formerly used as roads for cars as prioritized spaces for pedestrians and cyclists.

It's not that I don't think it makes perfect sense.  It's just the US and UK land use and transportation planning paradigm privileges driving, although the UK is different from the US in that its cities are denser, making biking somewhat more efficient compared to the suburban dominated land use paradigm in the US.

But maybe "this time it will different" at least for Britain.   A lot of discussion about this in the Guardian's Bike Blog.

Last week, the UK Prime Minister made positive comments on cycling, which were followed up by an announcement on Friday of more money for cycling infrastructure ("UK plans £250m boost for cycle lanes and fast-track e-scooter trials").

From "This could be the time to usher in a golden age for cycling in Britain:"


The really good news for active travel is the new statutory guidance that, where public transport use is high, local authorities should reallocate road space for walking and cycling. This is the first time a UK transport secretary has said that.

Measures can include pop-up cycle routes, including turning traffic lanes over to cycling using flexible wands, and widening pedestrian space with cones. Authorities can also restrict through-traffic near schools, residential streets and high streets, which can be done cheaply with planters and bollards. Bus- and bike-only corridors are another option, along with new 20mph zones, while councils with existing local cycling and walking infrastructure plans are encouraged to bring those forward. What’s more, GPs can prescribe cycling and exercise.

In June there will be an updated Cycling and Walking Investment Strategy, with an active travel commissioner already being mooted, and a new inspectorate that could potentially ensure councils meet new higher standards for permanent infrastructure across England. 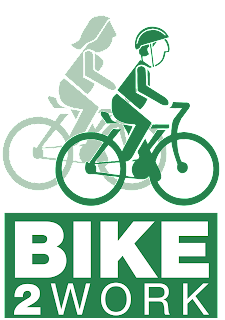 In response to the PM's initial announcement, "Ten reasons now is a great time to start cycling":

1. Remember – it’s safer than you might think.
2. You’ll be doing yourself a lot of good.
3. The health benefits massively outweigh the risks
4. You’ll be doing others a lot of good
5. You’ll enjoy it – really*
6. You don’t have to dress up in Lycra
7. Don’t be afraid to rely on bike shops
8. Maybe think about an e-bike
9. Don’t worry too much about punctures or the weather
10. One for everyone else – be welcoming and patient to newcomers

Conclusion. The UK example shows us that the best way to gain urban design-placemaking-bicycling-pedestrianization gains as a result of the pandemic is to have plans and work for their realization, such as the announcement by the Mayor of London last week, which may have spurred, at least somewhat, the action by the national government late last week.

Longer term, the issue will be to use those spaces heavily as pedestrians and cyclists, so that the gains won't end up being reversed because of lack of use and constant agitation by drivers to recapture the streets for cars.

Programming is key to spur utilization, and the challenge will be to create programming that promotes use while maintaining social distancing practices. 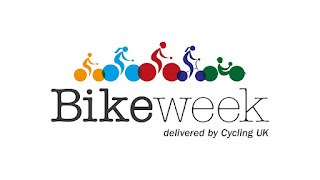 In the US, outside of California I don't think that is the case. Haven't noted much difference in Washington.

I know we were talking about renewing our bike share memberships for the lockdown but the number of homeless on those bikes scared us off.

I feel bike traffic was pretty light in April, but that was also bad weather (rain+cold). Haven't seen much of increase going into May. The focus on "bike to work" versus biking to the store or for errands is enormous.

I know on a personal level I've been very thankful to have a car.


So yeah, its going to be to be a challenge.

Less car traffic does make it easier to cross the street without a light, but I don't feel much safer than usual when walking.

"I know we were talking about renewing our bike share memberships for the lockdown but the number of homeless on those bikes scared us off."
Wow! Care to elaborate? The homeless in my neighborhood--there's a 13-16 tent encampment around the corner from me on E Street NW-- seem to have their own bikes. One of them even has a motorbike.
-EE

@EE; we don't have may encampments in Ward 1 (esp as compared to FB)

I suspect it is this program:

Interesting, Charlie. Thanks for that insight. Since I'm a walker, not a biker, I don't pay much attention to that mode of transportation. Yeah, FB has a big homeless problem, and it has been this way for years if not decades. With the expansion of Miriam's Kitchen across from the Watergate, the methadone clinic in the 2100 block of F Street and the tolerance of encampments/tents all over the neighborhood, it looks like a third-world country. Very sad! -EE

what's the deal with homeless and bikeshare specifically?

Suggests that quality e-bikes could replace a second car.