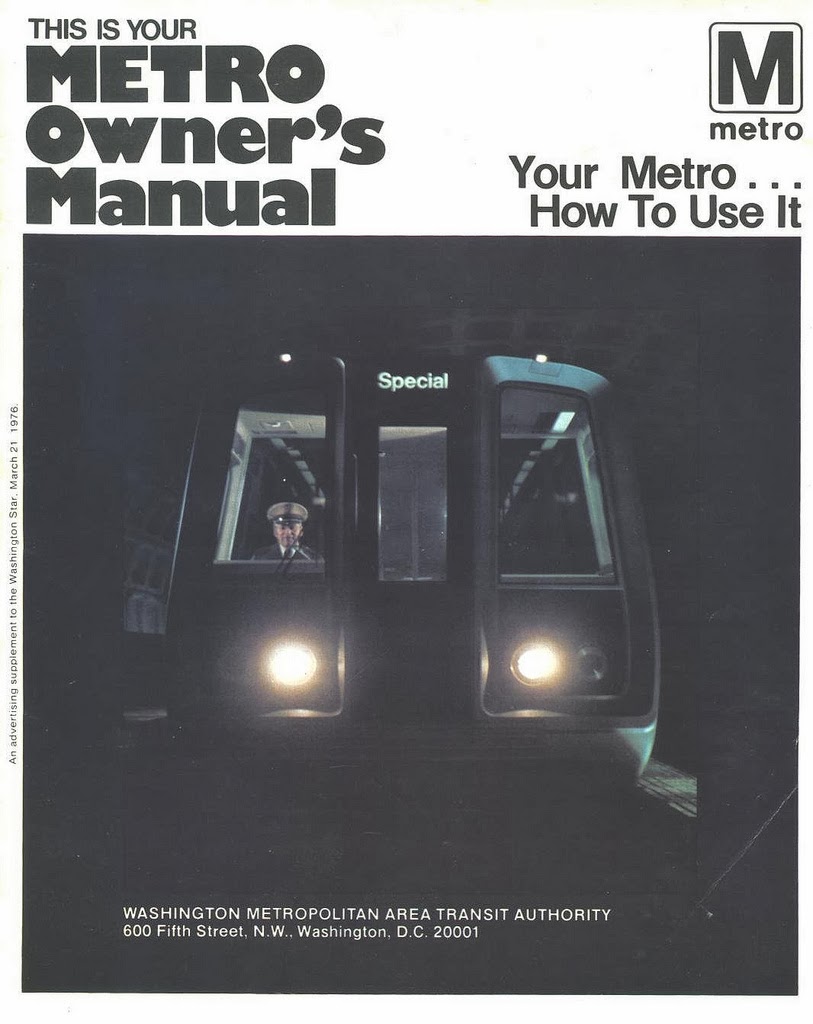 In some of my past writings about WMATA, Metrorail and transit in the DC area, I argued that the "regional consensus for what transit means" needed to be updated and reconstructed.

... because given that the original system was developed -- at that time 40 years before, now more than 50 years ago -- a long time ago and lessons needed to be codified and communicated and "the vows" to transit recommitted.

-- "WMATA 40th anniversary in 2016 as an opportunity for assessment," 2014
-- "St. Louis regional transit planning process as a model for what needs to be done in the DC Metropolitan region," 2009 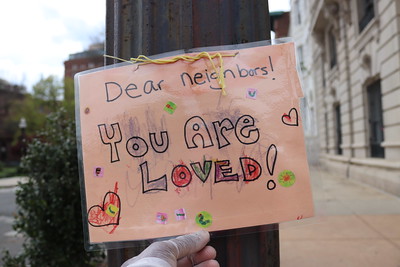 One of the things that has bugged me for quite some time is that Democrats having been too good at contrasting the Democratic Party with the Republican Party by re-articulating the value of collective action, emphasizing the fact that government derives the people, all of the people.

Patriotism is more than a flag or being parochial.

Like I say about world class cities "that the best cities give to the rest of the world in terms of ideas and examples, they don't just take," national pride should be about more than denigrating "the other."

There is a great article in the Weekend section of the Financial Times about inequality, "The everyone economy: how to make capitalism work for all," and how the current pandemic, like the Depression and the period of sacrifice during WWII followed by the post-war reconstruction led to the development of more wide ranging social support programs, such as Social Security in the US, and the National Health Service in the UK.

Obviously, the pandemic should have taught us in the US that having health insurance tied to employment is problematic...

The author, Martin Sandbu, the economics columnist for the paper, chalks up a lot of the precariousness in the economy not to globalization, but technologization and automation of manufacturing and other jobs that once paid well.

I have mentioned this issue a lot, such as how the Dodge Main car manufacturing plant now has 1/4 of the workers it did in its heyday, or that the number of GM jobs in Flint is now 1/10 of what it was at its peak. 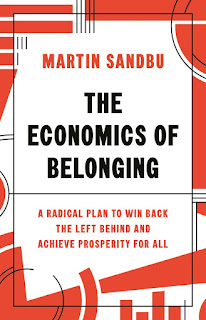 He calls for a post pandemic economic and social program, that is likely based on his new book, The Economics of Belonging: A Radical Plan to Win Back the Left Behind and Achieve Prosperity for All (review):

1. "jettison business models based on using low-productivity (and therefore low-paid) labour, and harness automation rather than resisting it."

2. "the programme would aim to shift more labour-market risk from employees to employers and the welfare system."

I make this point a lot, that neoliberalism (Thatcher, Reagan) eliminated social welfare protections at the same time that the workforce became much more precarious.


Together, these two principles point in the direction of higher minimum wages, a universal basic income (or its less budget-heavy equivalent, a negative income tax), generous government funding for education and labour-market mobility, and strict enforcement of labour standards.

3. "we can reform taxes to counteract economic divergence instead of intensifying it. That means lowering taxes that penalise hiring. To pay for this, as well as for a negative income tax and policies supporting a well-working labour market, other taxes have to go up."

4. "macroeconomic and financial sector policy can be reformed in favour of the left behind."

5. "most challenging, we can work to reverse the divergence between the centre and the periphery."