Why transit, biking, and walking as transportation is so hard for most Americans to understand? Because most people drive

Most of the US is set up for automobility ("Highway to hell revisited," Financial Times, 2009). 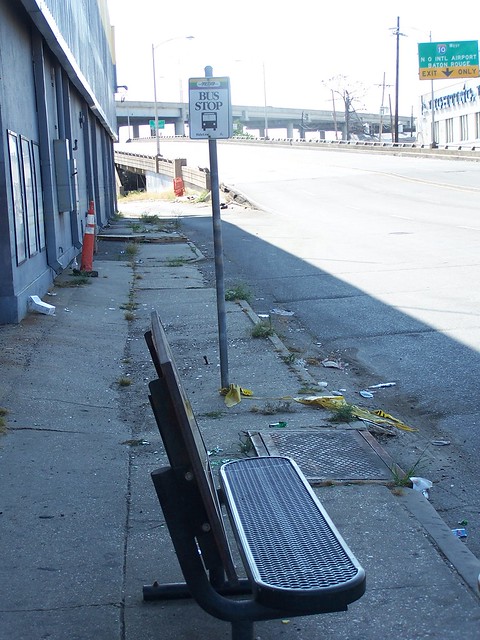 In those places, many of the people who walk, ride bikes, or use transit do so because they can't afford to own a car.

So people of means see sustainable mobility as a social service, not an efficient and cost-effective choice, let alone a preferred mode.

This is why the Tampa Bay Times can report ("Even pro-transit officials don't ride HART") that area transit advocates don't use transit.  It's because in a place where the mobility is set up in a manner which makes the automobile the most efficient mode, most people, especially busy people, drive.

Center cities with viable neighborhoods suitable for walking, convenient for biking, and served by--at least for the US--a transit network with breadth and depth, are outliers, almost completely divorced from American experience.

So of course, Congressional representatives representing suburban and exurban districts don't see much need for funding transit or especially Amtrak and definitely not biking.  Walking is tolerated, but not if it means spending more on sidewalks on suburban arterials.

This reality makes creating a multi-modal transportation system very difficult.  (And it doesn't help that a lot of money goes to fund transit projects that don't have substantive impact, such as the light rail project in Norfolk, Virginia, which has fewer than 8,000 daily riders.) 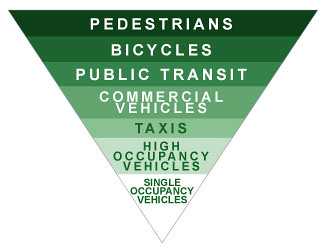 The places in the US that have conditions supportive of sustainable mobility are the big cities, which were mostly constructed during the time of the Walking (1800 to 1890) and Transit City (1890 to 1920) eras and usually the older cities.  See "Transportation and Urban Form" by Peter Muller.

Cy Paumier writes in Creating a Vibrant City Center that the pattern of downtowns (central business districts) developed around pedestrian-scaled streets, blocks, and buildings because of:


Concentration and Intensity of Use: "The intensity of development in the traditional central area was relatively high due to the value of the land. Maximizing site coverage meant building close to the street, which created a strong sense of spatial enclosure. Although city center development was dense, construction practices limited building height and preserved a human scale. The consistency in building height and massing reinforced the pedestrian scale of streets, as well as the city center's architectural harmony and visual coherence." (p. 11)

Organizing Structure: "A grid street system, involving the simplest approach to surveying, subdividing, and selling land, created a well-defined, organized, and understandable spatial structure for the cities' architecture and overall development. Because the street provided the main access to the consumer market, competition for street frontage was keen. Development parcels were normally much deeper than they were wide, creating a pattern of relatively narrow building fronts that provided variety and articulation in each block and continuous activity on the street." (p. 12)

The street grid, transportation practices and construction technology of the times, and the cost and value of the land led to a particular form of development on city blocks that focused attention on the streets and sidewalks, creating a human-scaled, architecturally harmonious built environment, and made getting around on foot, by bike, and by transit quite efficient.

The cities that have retained, for the most part, this type of urban form are:

although Washington's transit system is new (as are systems in Atlanta, Miami, and the San Francisco BART system, which is separate from the in-city MUNI system), dating to the 1970s. 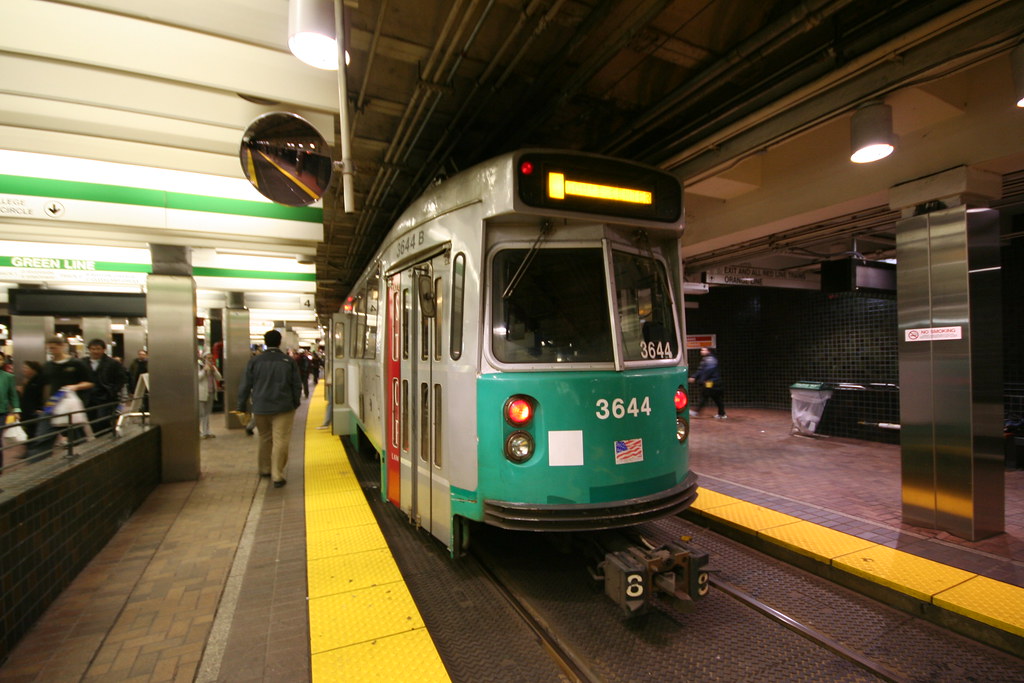 Boston's Park Street station on the Green Line dates to 1898, and was originally constructed as part of a four station Tremont Street Subway.  Flickr image by Laurence.

The other cities have legacy systems that are much older, with foundations in the 19th century, depending on the mode (usually railroad, but some of the elevated system in New York City dates to 1885, the cable car system in San Francisco, etc.).

The core of these areas, where transit (and biking) can be hyper-efficient, is maybe about 30 to 60 million in population, totaling 10% to 20% of the national population. 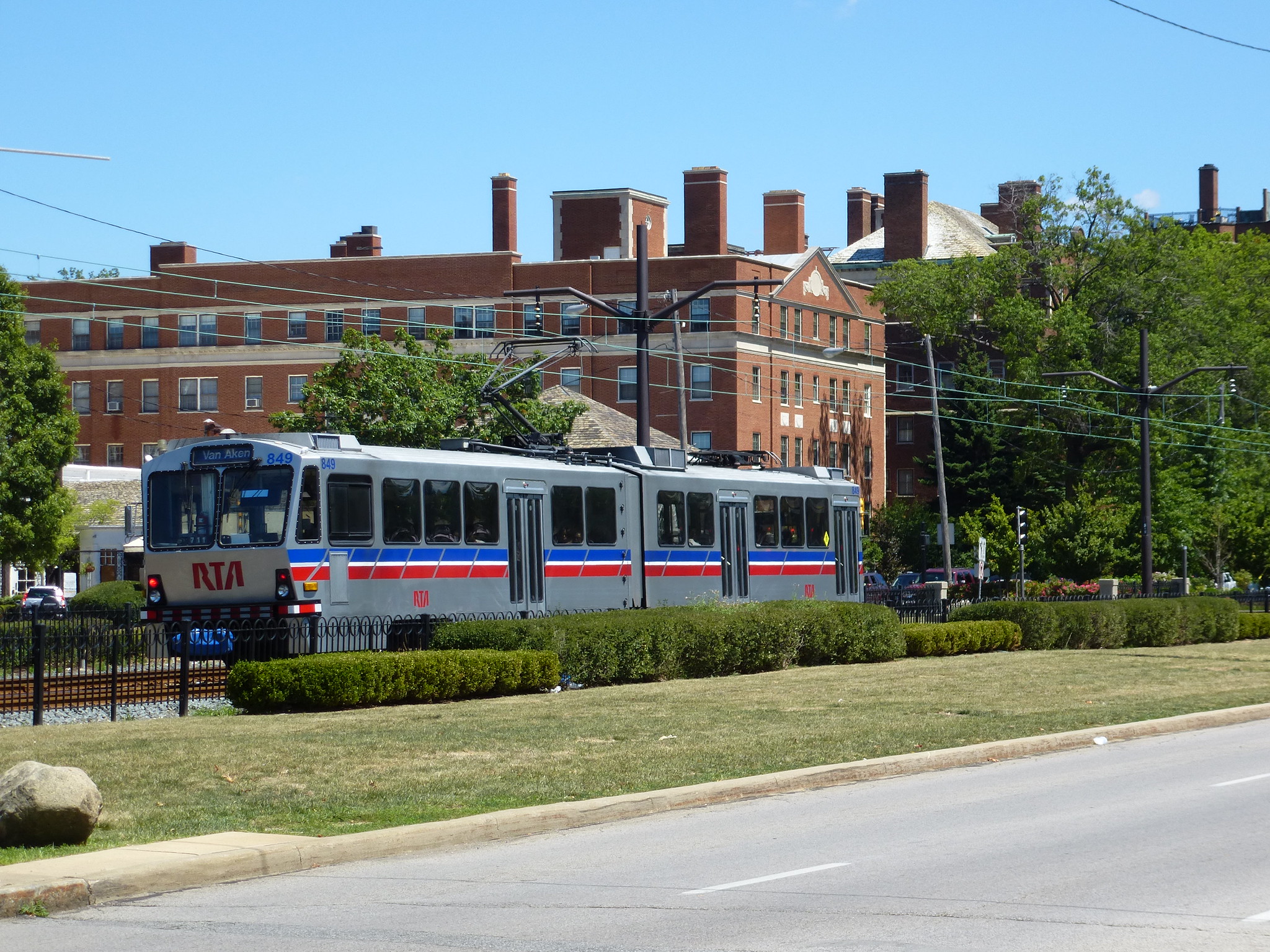 Legacy cities (and Washington) have much higher transit mode use, because the urban design foundation dating to the Walking City era puts housing and employment centers in close proximity, making transit (and walking and biking) an efficient and cost effective choice, while adding transit when many of the other necessary antecedents that support use aren't present doesn't change much.

Many other cities dating to this period, including Detroit, Cleveland, Pittsburgh, and St. Louis, lost the ability to support efficient sustainable transportation as metropolitan areas sprawled, residents and businesses left the city, which was further complicated by the deindustrialization, first in the center cities and then more generally.

Some of those cities still have decent enough transit networks--Cleveland and Pittsburgh--but they no longer serve as the foundation of metropolitan scale mobility.

In any case, without tight connections between residential neighborhoods and employment centers, population density, and other factors, it's very difficult for new transit systems to repattern land use in ways that support significant use of sustainable mobility modes except over many decades.