In the US, outside of the major cities, transit is seen as a social service, provided to people of limited means, people who can't afford to own a car.

On the other hand, in major cities, especially "older" center cities like Boston, Chicago, New York, Philadelphia, and San Francisco, transit is not only a social service, it is a transportation demand satisfier and enabler of economic growth, success, and density. (Subway systems in Atlanta, the San Francisco Bay [BART], and Washington date to the 1970s, and were developed out of a different set of conditions, more focused on dealing with sprawl, whereas the original transit systems were designed to enable mobility and ease congestion in very densely populated places.)

(It is density that enables efficient exchange, and facilitating exchange is why cities exist, and the cities with more exchange do better than those with less exchange, e.g., Detroit vs. Boston.) 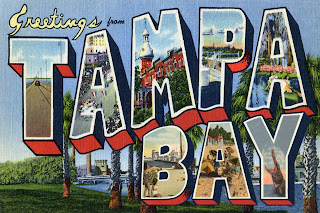 Tampa-St. Petersburg is a Top 20 Metro in terms of population, but it significantly lags its peer metros in terms of transit provision and efficiency.

Over the past few years there have been a number of funding referenda, held separately, in Hillsborough (Tampa) and Pinellas (St. Petersburg, Clearwater) Counties, to fund transit expansion, but none have been successful. 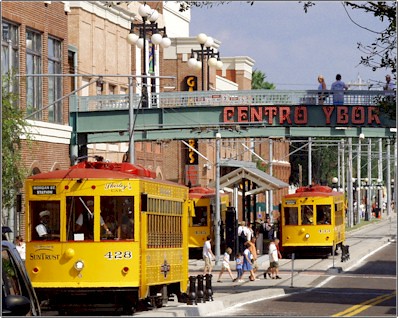 And while Tampa has a heritage streetcar operation of limited utility as it is tourist focused rather than mobility focused, cities like Atlanta, Dallas, Portland, Salt Lake City, Seattle, and Washington have been adding streetcars to their mobility mix, while more recently Cincinnati, Kansas City, and Tucson have launched streetcar systems, which may be a precursor to a greater commitment to rail transit.

The Tampa Bay Times (which in the past couple years has also done amazing investigations of the provenance of food sold at farmers markets as well as the economic cost to local jurisdictions from dealing with crime at area Walmart stores) has just published an investigation of the state of transit in the Tampa Bay area, including comparing Tampa Bay to the nation's 20 largest metropolitan areas.

-- "A long way to go: Tampa Bay has one of the worst public transit systems in America. Here’s why" 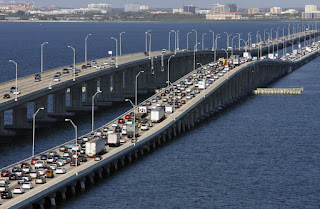 Interestingly, the article focuses on the failure of transit there in terms of social services:

In other American cities, public transportation helps connect the working poor to jobs, schools, shopping and health care. That social safety net barely exists here — forcing many to plan huge swaths of their lives around the bus schedule.

rather than transit as a mobility enabler with multiple positive impacts, including easing congestion, enabling business attraction, and shaping residential choice decisions.

Comparisons from the article:


Job statistics are only one indicator of how little the system does.

Almost every other top-20 metro area has at least 600 busses. Tampa Bay has the fewest, about 360.

San Diego and Minneapolis/St. Paul are roughly the same size as Tampa Bay, but each had at least three times the ridership in 2015.

Spending per capita is half of San Antonio’s, a third of Denver’s and a quarter of Pittsburgh’s. At $57 per person, it’s comparable to Sheboygan, Wisc., and Macon, Ga.

This isn’t just because Tampa Bay is the only system without a rail line. Denver, Pittsburgh and Baltimore spend twice as much on bus alone as Tampa Bay, despite being similar sizes. Austin and Milwaukee each have a million fewer people and spend $10 million to $20 million more a year on bus service.

The problem with trying to pass transit initiatives in areas that are dominated by automobility is that they have limited experience with transit, and certainly can't ever see the possibility of transit as a preferred choice over automobility or as an economic development tool.  That's despite the fact that most people in the Tampa Bay area must have a passing familiarity with the Ybor City streetcar.


Transit critics say leaders are smart not to spend more because Tampa Bay is too big and too spread out for transit to ever be successful.

“We don’t have the density,” said Karen Jaroch, HART’s vice chair. “It just doesn’t make sense to make those sorts of investments here.”

But a University of Utah study found that 11 other metro areas, including Minneapolis, Pittsburgh, Dallas, Phoenix and Louisville, Ky., all rank worse than Tampa Bay when combining density, land use and sprawl — and all have transit networks that rank above Tampa Bay’s.

By contrast, as the recent PBS American Experience documentary "The Race Underground" showed in its presentation about Boston's being the first American city to build a subway, transit service, and underground service in particular areas where the business case can be made, can be the best way to get around, especially in the densest areas.

Rightly, the Times story attributes lagging transit in Tampa-St. Petersburg to the choices made by the region's leaders and stakeholders. From the article:


Not long ago, many car-loving major cities faced the problems Tampa Bay does today. But starting in the ’90s, other regions began making different choices.

Denver’s leaders first asked voters to approve a sales tax for transportation in 1997. They voted it down — but local leaders put it back on the ballot seven years later and it passed. When a 12-mile light rail line finally opened in 2013, downtown development boomed. The city now has the 14th highest transit ridership in the country. ...

Phoenix and Tampa Bay faced many of the same challenges in the mid ’90s. Both Arizona and Florida are small-government states with limited transit funding. Both struggle with car cultures and swaths of sprawl, though Phoenix’s is much worse, ranking 14 spots behind Tampa Bay in density among the top 50 metro areas.

In 1995, Phoenix’s bus system ranked 24th in ridership nationwide. Tampa Bay was 28th. Over the next decade, both regions developed and voted on plans to substantially expand bus routes and to build light rail. Then Phoenix’s passed, and Tampa Bay’s didn’t.

Phoenix’s first 20-mile light rail line opened in 2008. Within eight years, the system expanded six miles and plans were made to open two more spurs and launch a modern streetcar. Ridership reached 54,000 weekday riders by April 2016 — a number it wasn’t projected to hit until 2020 or after.

By 2014, Phoenix’s bus ridership rose to 18th in the nation. Tampa Bay’s hardly moved, bumping up two spots to 26.

The end of the article quotes people questioning the value of transit, and of course the majority of comments are anti-transit as well.

-- "Quote of the day: rail transit is antiquated, like delivering a bucket of ice to Congressional offices," 2015 (about Phoenix)
-- "Richmond Virginia area transit is deficient," 2014
-- "What to do transit-wise in Baltimore since the Red Line light rail program has been cancelled," 2015
-- "Maybe the Purple Line light rail project in Suburban Maryland is a lot bigger deal than is recognized," 2016

Note that my experience with DC, despite the current failures of the transit system, communicate very strongly the value of transit. Without subway service in the city, in all likelihood the City of Washington would be more like Baltimore vis-a-vis the suburbs ("Transit planning in Baltimore").

People wouldn't have chosen to live in the city, the city wouldn't be adding population, and outside of the federal government agencies based here, likely commercial activity would have long since relocated to the suburbs. 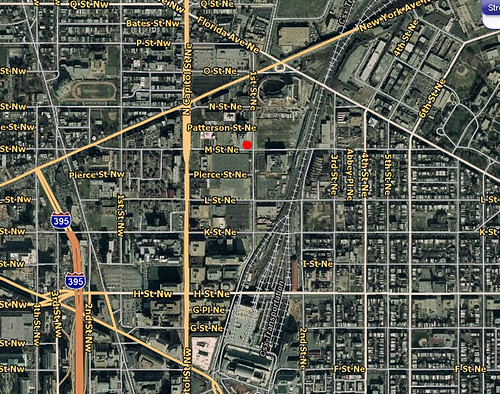 Witnessing the impact of the infill station, now called NoMA-Gallaudet University, on the attractiveness of the H Street neighborhood and as a significant accelerator of neighborhood revitalization--while it was expected to support the NoMA district west of the Union Station railyard, it was little anticipated that it would make living north of H Street an attractive choice, driving improvement forward--turned me towards transportation planning and away from neighborhood and commercial district revitalization planning, because I realized that when the right investments are made, transportation infrastructure has the best and fastest return on investment for "neighborhood revitalization."

Basically, most all of the neighborhoods served by high quality transit--Metrorail stations--and "short distances" (no more than 5-6 miles from the core) have experienced significant revitalization and improvement, while the areas lacking those characteristics still languish.

another editorial in the TBT: