Boston Athenaeum as a model for what central libraries should strive to be: Culture Centers with lots of books and other resources 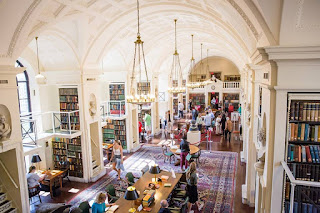 One of the many best practice examples listed in "Neighborhood libraries as nodes" is the Boston Athenaeum:


a membership organization rather than a public library open to all, besides having an extensive book collection including rare books, there is an art collection with more than 100,000 items, a gallery space, and an extensive public program of lectures, readings, concerts and other events. 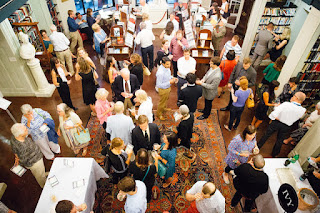 The Boston Athenaeum has had management and other issues as it continues as a membership organization in the context of a playing field where most libraries are public and broader cultural centers get both public and private support.

But it's still a good model for how central libraries can be more than just a place for books, but for culture more generally.

That being said, there are plenty of central libraries that already do just that, including Seattle, Portland, Salt Lake City, Dayton, Ohio, etc.