Why doesn't every big city in North America have its own Las Ramblas? 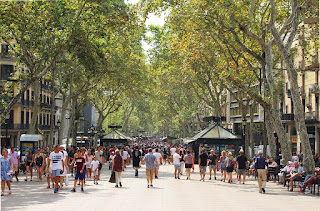 The other day I was watching an episode of the Rick Steves travel program on Spain and Barcelona and there was a very brief shot of Las Ramblas, the not quite one mile long pedestrian walk in the heart of the city.

[It's referred to both as Las Ramblas, plural, as it is made up of six technically separate walks, and La Rambla, singular.]

This video shows a walk along the length of Las Rambla.


It's fronted by a lot of retail, and kiosks and restaurant patios line the perimeters of the strolling area, and is complemented by public art, fountains, lots of tree cover, and other urban design and placemaking elements. 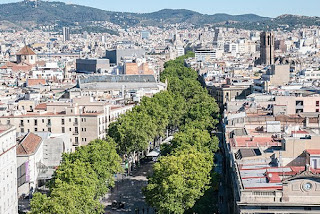 Las Rambla acts as a green ribbon in the midst of an urban environment dominated by concrete, brick and stone.

Major department stores, cultural attractions, La Boqueria public market, the waterfront, the Gothic District, and other destinations anchor Las Rambla, so that unlike many of the US "pedestrian malls" from the 1950s and 1960s, it's very central and active.  Activity extends into the night (supported by great Mediterranean weather). 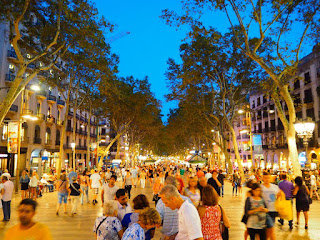 I've written a bunch about how more US cities could develop pedestrian districts, starting out conservatively with one or two blocks, and only in the places where conditions are ripe for support. 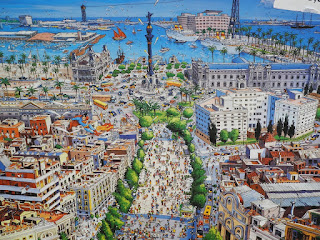 But in the vein of why does every city in the US have to be designed the same, to accommodate cars, it's a shame that at the same time as land use and transportation planning paradigms were adapted to the automobile ("Transportation and Urban Form: Stages in the Spatial Evolution of the American Metropolis," Peter Muller) we didn't think to put resources towards supporting pro-pedestrian spaces as well.

To repeat, Las Rambla is only about one mile long.

I have been thinking about this too in terms of the announcement today that after plans to downsize, the Lord & Taylor Department Store chain is throwing in the towel and dissolving completely.

Department stores are retail types that worked great in center cities, in Downtowns and large neighborhood retail districts, when walking and transit were the dominant modes for getting around. 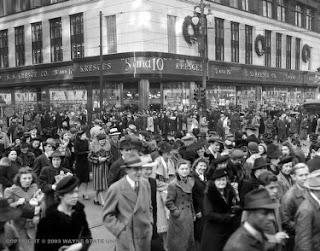 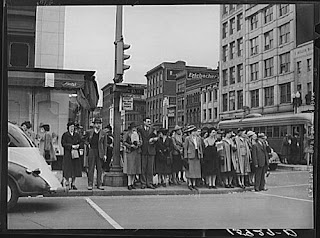 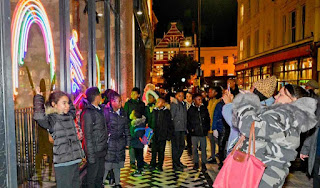 Department stores still thrive in places like Las Rambla but not in automobile dominated environments.

Fascinating. We certainly need more walking paths, especially along rivers. By the way, I think its called Las Ramblas--each section is called Rambla.

I had it that way first, and then changed it. Urgh. Thanks.

There is a difference between "transit malls" and pedestrian malls.

As much as I like transit, transit malls are bus/light rail engorged streets that aren't necessarily congenial in the way that a pedestrian mall is.

In the US, it's the difference between ped malls in Santa Monica, Boulder, Charlottesville, Burlington etc. (or Las Ramblas) and transit malls in Portland, Minneapolis, 16th Street in Denver, etc.

We need dedicated transitways definitely, but the nature of their primary use doesn't make them flaneur-supportive.

It abuts a major transit hub, the Hackney Central London Overground station, but buses connect to the hub separately.

Similarly, Liverpool's very large pedestrian district doesn't have mixed traffic (although there are some turnaround areas, and service and delivery vehicles have access).