Another example of an RFP isn't a plan: Santa Fe, New Mexico versus Denver, Colorado 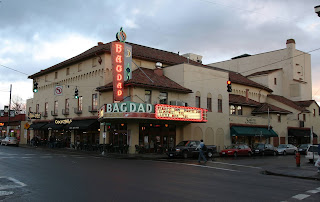 Early on when I got involved in urban revitalization, I learned about the McMenamin Brothers, a hospitality group based in Portland that first bought theaters and kept them operating by installing food service operations like brewpubs alongside movies.

One of the early signature projects is the Baghdad Theater in the Hollywood district of the city.

Because of the McMenamins, Portland still has a lot of cinemas operating at the neighborhood level, whereas most other cities do not ("Portland movie theater renovations reviewed: Bagdad Theater, Cinema 21 and OMSI's changes all for the better," Portland Oregonian). 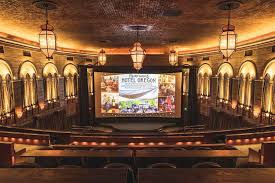 By contrast, many "developers" look at theaters as a wasted asset, and historic preservation as a hindrance.

Granted, with the Internet, television, streaming, smartphones and everything else, it's hard to make movie theaters work in the contemporary business environment.  But the McMenamins have figured out how to do so and it's not likely that Portland is so unique that the business model isn't adaptable elsewhere.

Good development is more likely when it derives from good planning.  McMenamins moved on to more complicated projects, mostly still involving historic buildings, but different types like schools and a power plant.  One of the earliest was the Kennedy School Bed and Breakfast, the conversion of a vacant school building. 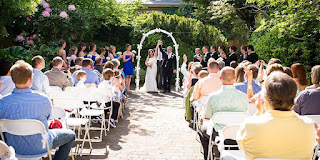 An outdoor wedding at the Kennedy School site.

But in looking into that project more deeply, I learned that the City of Portland planning department created a community-based planning process to figure out what to do with the school, coming up with recommendations and preferred outcomes, embodied in the Kennedy School Master Plan, before the building was sold to the McMenamins.

An RFP isn't a plan.  Too frequently, cities release RFPs/RFEIs: requests for proposals; requests for expressions of interest; where a developer is expected to respond with an outline of what to do, without much in the way of guidance from the city, a minimal list of preferred outcomes and public benefits, etc.

But if the local jurisdiction produced a plan for the site ahead of time, likely the outcomes would be better and so would the benefits. 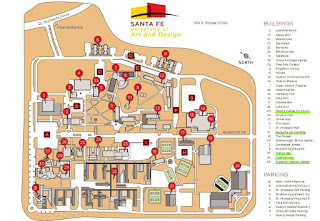 Santa Fe didn't make a plan.  Santa Fe has a campus from a college that went out of business.

The Santa Fe site is in the news because development plans have fallen through ("Santa Fe City Council hears development options for midtown campus," "When they kicked the tires on midtown, everything went flat," Santa Fe New Mexican)..

I argue that they should have created a redevelopment plan first, and then aimed to hire/select a master developer.  But that's not what they did.

Denver made a plan.  By contrast, when Regis University in Denver sold off its Loretto Heights campus, that had been home to another college which later merged into Regis, the city created an area plan for the site ("Redevelopment of Loretto Heights could transform southwest Denver, this month City Council will weigh a plan that lays out that vision," Denver Post, "Loretto Heights: What's Next?," Historic Denver). 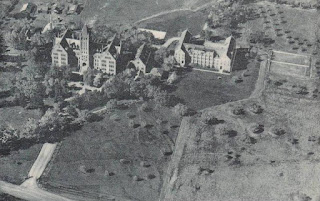 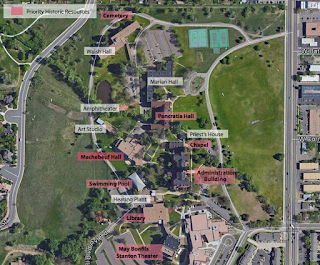 From the small area plan

Now it's being executed ("What’s new at Loretto Heights? Potentially a crucial vote on when to start the project.," Denverite), most recently, with the announcement that a dorm building is going to be converted into units of affordable housing.

Conclusion.  Desired development and better outcomes generally result more quickly when you start with a plan.

Both Denver and Santa Fe started around the same time wrt redevelopment planning.  The site in Santa Fe is owned by the city, which gives them even more power, theoretically, in the development relationship.  By contrast, the Loretto Heights site was owned by Regis University, which sold it off, but subject to master planning by the City of Denver.

But redevelopment is underway in Denver and it is stalled in Santa Fe.