Another example of the need to invest in public infrastructure: Crack in the Hernando de Soto Bridge shuts down I-40 over the Mississippi River 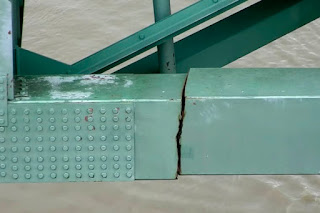 A crack in a steel beam on the Interstate 40 bridge, near Memphis, Tennessee, connecting to Arkansas and Tennessee over the Mississippi River.  Photo: Tennessee Department of Transportation ("Memphis' cracked I-40 bridge creates headache for traffic, shipping," AP).

The Republicans aren't much interested and are criticizing Biden for having a more expansive definition of what infrastructure is. 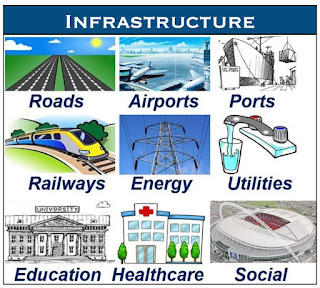 So much of US infrastructure was built 40-100 years ago, and is at the end of its useful life, necessitating improvements, especially in response to changes in regulatory requirements, etc. 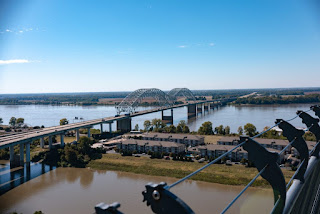 The failure in the structural integrity of the Hernando de Soto Bridge in Memphis, which has shut down the bridge, which connects Tennessee and Arkansas via I-40, is an example of the former problem.  It is expected that repair will take months.

Some of the earliest criticism by the Republicans in response to the proposal is that infrastructure is only for cars.

from you linked NYTIMES:

The infrastructure plan also aims to electrify 20 percent of the nation’s fleet of yellow school buses.

The plan seeks to repair 10,000 smaller bridges across the country, along with the 10 most economically significant ones in need of a fix. It would electrify 20 percent of the nation’s fleet of yellow school buses. And it would spend $300 billion to promote advanced manufacturing, including a four-year plan to restock the country’s Strategic National Stockpile of pharmaceuticals, including vaccines, in preparation for future pandemics

Those listed are around a trillion. So another trillion out there in la-la land.

Very much doubt this bridge will be one of the top 10 to be replaced.

Too hard to respond with two thumbs... when I am on computer.

Well, I think like ARRA, it will be somewhat disappointing. There are a lot of needs, not enough money, and our planning system doesn't adequately list both the State of Good Repair projects, and the "projects that if we would do them they would have extranormal positive impact".

Making sure where it can work, that transit is integrated into bridges.

So yes, it will be great and yet at the same time it won't be enough.

E.g., it's still about next generation asphalt nation, automobile dependent, just using electricity instead of gas.

I really like your blog....thanks for sharing this good information...& I found some information about The Ambience Courtyard and it is Developed by Ambience Group, located in Manikonda, Hyderabad. It provides 2, 2.5 & 3BHK flats available in affordable prices.