This article, "AI’s benefits are clustering in cities like Seattle. It’s tech inequality again," by Seattle Times business columnist Jon Talton reports on the development of clustering and agglomeration and the emerging industrial sector of Artificial Intelligence/AI.
It's a response to a newly released report from Brookings, The geography of AI: Which Cities Will Drive the Artificial Intelligence Revolution?
It's a nice complement to the recent blog entry on the development of a biotechnology cluster in Ann Arbor, Michigan, and the point that a lot of different elements are necessary to successfully develop a cluster
Brookings states that San Francisco (the Silicon Valley) is the leader so far, and that 8 other cities--Seattle, New York, Boston, Los Angeles, Washington, D.C., San Diego, Austin, Texas, and Raleigh, North Carolina--have the conditions/preconditions to be leading cities in the development of the industry  It lists SF as the leader, and S as other key centers.
The article mentions 87 other places that have the potential, including Detroit, because of the auto industry, and Charlotte, NC and its place in finance and finance related AI.
Talton is skeptical of cities like Detroit and Charlotte becoming leaders in AI, even though they are industry leaders in their respective fields, and I guess I am too. He writes:

But few of these have the world-class talent, top universities, tech transfer, entrepreneurship, financing and innovation clusters that would allow them to leap into AI’s headwaters. Expanding federal support for AI research might give some a boost. But it’s a long curve.
No wonder the report finds AI activity highly concentrated “in a short list of ‘superstar’ metro areas and ‘early adopter’ hubs, often arrayed along the coasts.” Another 261 metro areas aren’t in the game at all.

As Paul Krugman wrote recently ("What Vaccine Supply Tells Us About International Trade," New York Times), referencing a supply chain study of the development of the vaccines, and how even big countries donn't have the scale to do all the pieces, that the supply chain has to be global. 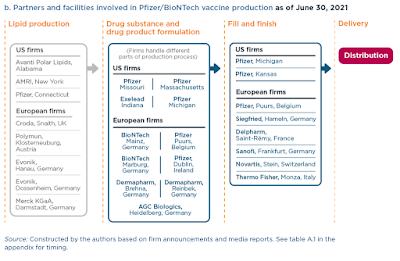 AI is bigger than cars or finance and likely that AI clusters will go beyond industry-specific sectors.  Even if back in the day, partly because of the auto industry, Detroit had its own big iron computer company, Burroughs (and before that, Parke-Davis, a drug company, and in Kalamazoo a major drug company, Upjohn).  Eventually, those companies were taken over by bigger companies, located in places that were more central to those respective industries.
Over time, the scale in secondary cities isn't big enough for the company to thrive, they need to operate on a national or international scale.  E.g., were I in charge of Barnes & Noble, I would have figured the company was large enough to become the industry leader with an e-reader, because it was a bookstore chain with a national footprint and many hundreds of stores. 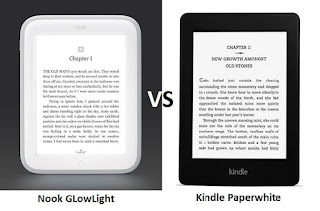 But the reality was that Amazon operated at a much bigger scale, and was better positioned to make their e-reader, the Kindle the dominant industry leader ("Why is Nook faltering and Kindle going gangbusters?" Marketing Dive), even if the Nook is better ("I bought a Barnes & Noble Nook in 2020, and I didn't expect it to be this good," Android Police).
In fact I was thinking about this over the weekend, in response to this article ("GM's new business model turns carmaker into software company: 'A potential game-changer'," Detroit Free Press) about GM repositioning as a software company.   (Also see "Ford Motor Company as a transportation company not a "car" company: bike share and small scale transit," 2016).
That's what Roger Smith said about GM when he bought Electronic Data Systems and Hughes Aircraft in the 1980s.  While they ended up making a lot of money off the acquisitions, at the end, the company wasn't changed.  It remained an automobile company, not a software company ("With Hughes Sale, G.M. Buries a Discarded Strategy," New York Times). 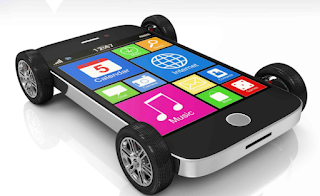 It's unlikely GM will be able to change its DNA from manufacturing to software.
OTOH, new firms like Tesla started as "digital natives" and are in a much different position as digitally-immersed manufacturing companies ("Tesla Motors: A Silicon Valley Version of the Automotive Business Model," Capgemini Consulting).
Some universities are good at startups.  Talton suggests that San Diego has a shot, because of the success of UCSD at spinning off potentially successful businesses.   This is mentioned in the Pfizer article, that some universities are really good at sparking startups but most aren't, but UCSD is one of the outliers.
Cities need to focus their economic development strategies.  Talton writes:

Too many cities throw incentives at low-end tech facilities such as data centers, which produce few jobs — and not good ones. They refuse to do the heavy lifting to expand funding for higher education and invest in the quality amenities that draw talent.

I have mentioned this a lot in terms of DC:
-- "The East-West Divide | DC area regional economic development: anchors and where they are placed matter + airports | But military spending matters the most,," 2021
-- "Aerotropoli and rethinking the scale of mobility networks in the context of a global economy," 2013
-- "DC area airport planning," 2021
-- "Better leveraging higher education institutions in cities and counties: Greensboro; Spokane; Mesa; Phoenix; Montgomery County, Maryland; Washington, DC," 2016
-- "Naturally occurring innovation districts | Technology districts and the tech sector," 2014
Cities need to work to strengthen the sector, especially in information technology, engineering, and biotechnology.
By contrast, DC is far more comfortable with office buildings, retail, and housing development than it is with substantive economic development, especially stoking higher education as a vehicle for economic development.  This comes out in interviews with DC officials recounted in this Wall Street Journal article, " The Pandemic Hit Cities Hard, but Especially Washington, D.C.."
It's fortunate though that the federal government, especially the military, is such a large customer that it is big enough to have seeded the IT sector, which is why Amazon opened a second HQ in Arlington County, Virginia.
-- "Crystal City Arlington as Amazon one-half of HQ2 | Part 1: General + Housing impact," 2018
-- "Part 2: Leveraging Amazon's entrance for complementary economic development improvements," 2018

I'm struggling to understand how "AI" is different that standard issue computer technology skills -- chip designers, software programmers, maybe a bit more on the math side.


I hear what you are saying about data centers and what not but no question that part of the amazon HQ2 thing was driven by data centers. But overall not scalable.

Honestly that Brookings report just sounds like they cut and pasted AI to make it sexy/hot. Who will be big winners be -- the places that already have lots of high quality tech jobs.

You're right about the online mortgage companies. A long time ago, NBD, National Bank of Detroit, was very well managed and it was First Chicago (I think) that bought them for their management capacity. Although it was bad in that it shifted that talent to Chicago.
After a bunch of mergers, it's part of JPMorganChase.

Because of the auto industry, the city had a lot of strong banks (and S&Ls). I wonder if that contributed.

Before Gilbert there were 3 phases of revitalization actors (post all the pre 1990s iterations of the Growth Machine, like the New Detroit organization). A guy focused on restoring the big theaters, who had to sell out to Illitch.

Illitch (and they are still going strong with sports, arenas, and gambling).

And finally, Peter Karmanos who moved his big computer software company from Plymouth to the city. I wonder if Compuware helped to seed some of the next phase of online mortgages.

WRT HQ2 data centers sort of. More the relationship with the Defense Department and other federal agencies as customers.

Not unlike EDS. Perot railed against government, but a preponderance of EDS contracts were with state agencies, running IT for programs like Medicare and Medicaid.

Don't know what to think about Berlin.

In the US, the problem is lack of supply. I believe that rent control and stabilization measures are an appropriate mechanism for the extranormal rents reaped from lack of supply.

But the issue isn't large actors.

I really need to learn more about places like Stockholm, Vienna, and Singapore.

Quantum physics at University of Maryland. Elements needed to make it succeed as a cluster.