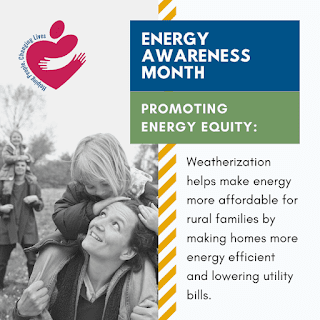 I didn't know that a number of years ago, the US Department of Energy designated October as National Energy Awareness Month.

It's particularly appropriate this year given:

The UK in particular and Europe more generally faces significant energy price escalation for a variety of reasons: (1) increased demand; (2) a drop off of investment in response to demand declines during the pandemic; (3) teething pains in the transition from fossil fuels to renewable energy sources; (4) fall off in renewable energy production, etc. ("Europe's energy crisis: Continent 'too reliant on gas,' says von der Leyen," Euronews). 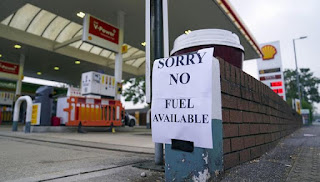 (Separately, the UK has a Brexit-induced gasoline shortage, because there aren't enough truck drivers to take fuel to stations.  Although there is plenty of fuel. AP photo.)

For similar reasons, it's expected that energy prices will rise in the US this winter as well ("Home heating costs set to spike this winter amid global energy crunch," Sinclair Television, "U.S. home heating bills expected to surge this winter, EIA says," Reuters).  From Reuters:

Depending where people live, the EIA said residential costs will rise to about $11-$14 per thousand cubic feet (mcf) for natural gas, about $2.50-$3.50 per gallon for propane, and $3.39 per gallon for heating oil. 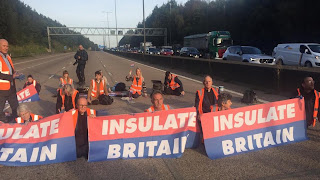 Photo: "Insulate Britain: Who are the protesters and why do they keep blocking roads?," Big Issue.

In response to price rises in the UK, the advocacy group Insulate Britain has been demonstrating by shutting down major freeways ("Who are Insulate Britain and what do they want?," Guardian). 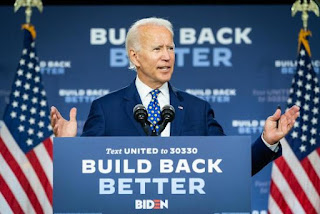 The forthcoming rise in utility bills this winter  re-raises the issue of energy poverty.

It would be very beneficial to have a massive home energy conservation initiative as part of a "Green New Deal" and President Biden's Build Back Better initiative which is having a hard time making it through Congress between the Republicans and the Democratic-lite Senators Sinema and Manchin.

Sadly, I doubt that energy conservation is much on the mind of Senator Manchin given how he earns millions each year from his investments in coal ("Joe Manchin’s ‘blind trust’ is an utter farce," Philadelphia Inquirer). 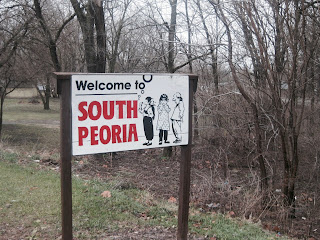 Photo: "Coming Up ‘Down the Hill’ On Peoria’s South Side," Belt Magazine.

Earlier in the year, I was shocked at an article in the Washington Post about people in Peoria's South Side neighborhood with monthly utility bills over $1,000 in the winter months, and I was surprised about reporting on how many low income households pay higher utility rates with "deregulation" rather than lower rates.

It's also a way to provide job opportunities.

But I forgot to mention the importance of trees in addressing summer heat.  The New York Times has a couple of important pieces on inequitable distribution of trees in cities ("Since When Have Trees Existed Only for Rich Americans?" and "Why an East Harlem Street Is 31 Degrees Hotter Than Central Park West") and the contribution to the heat island effect.

Also see this blog entry and "Boston’s ‘heat islands’ turn lower-income neighborhoods from hot to insufferable," Boston Globe. (Although I remember high income areas of San Francisco being without many trees also, due to small lots and virtually 100% lot coverage by buildings.)

My piece on energy conservation as an element of neighborhood revitalization didn't mention the tree canopy as a way to address summer heat island issues, which will be of increasing importance going forward.  Therefore, tree planting programs should be an element of such programs as well.

We’re headed for a global energy crisis. What we need is a transition strategy.

Says most states are unwilling to raise rates to invest in grid resilience, because they want to keep electricity rates down.

Pepco in DC and suburban Maryland has a $2 billion program to improve reliability, after repeated storm-related failures. In DC this includes undergrounding transmission lines subject to repeated failure (in the L'Enfant City, the electricity utility infrastructure is already undergrounded, and for the most part is rarely out of service).

As part of a program to reduce the likelihood of wildfire, PGE is proposing microgrids in areas, to eliminate the need for long distance transmission lines in areas at high risk for wildfire.

From the Wall Street Journal

Louisiana and the feds have since spent $14.5 billion on bolstering flood walls, levees and drainage systems. The U.S. Army Corps of Engineers reinforced pumping stations to withstand 205 mile-per-hour winds and established redundant power systems to operate them if the electric grid fails, as it did Sunday.

"These investments appear to have paid off. Many streets are flooded from the heavy rainfall and some small towns outside of New Orleans’s flood-protection fortress were inundated. But more important, a Southeast Louisiana Flood Protection Authority spokesperson on Monday said there were no levee breaches or problems with pumps in New Orleans.

The biggest failure was the electric grid. Eight transmission lines that serve the city went down and a grid imbalance caused a loss of power generation across the region, cutting off power to nearly one million Louisianans. Essential businesses like hospitals can run on backup generators, but it could take weeks to restore power in some neighborhoods."

But there are two different issues, investing in green energy as alternatives to fossil fuels and in resilience vis a vis the likelihood of extreme weather events.

Obviously, coastal communities in the Southeastern US should prioritize weather resilience because of hurricanes.