Taxation capacity as a way to assess likely success of political jurisdictions.  My first political science class in college was with A.F.K. Organski.  His claim to fame was figuring out how "taxing capacity" and "tax collection effectiveness" were useful ways to evaluate the likely success of revolutionary states like (North) Vietnam vis-a-vis its struggle for dominance with the US-supported (South) Republic of Vietnam.  It turned out that the North Vietnamese had a stronger sense of nationhood and commitment based on the relative effectiveness of the respective governments and taxation.

2.  Scranton as an example of a failure to meet financial obligations due to lack of taxing capacity.  Last week an article, "For Scranton residents, bankruptcy is an inviting option," in the Los Angeles Times about Scranton, Pennsylvania discussed its economic travails--its population is half what it was when the city was at its peak and it is constantly raising taxes to meet financial needs.

The city is on the precipice of bankruptcy and people quoted in the article see bankruptcy as a solution.  But even with the ability to discharge certain debts, it appears to me that there is no real long term solution for the city, because given its population and place within the greater economy, the city will never have enough population and property tax revenue to meet its financial needs--even if reduced.  The city's taxing capacity is sub-optimal.

Scranton makes up about 1/3 of the population of Lackawanna County.  To counter outmigration trends, why not just merge the city and county?  (That's what Louisville, Kentucky and Jefferson County did around 2005, although Louisville was not in financial straits in the same way as Scranton.) 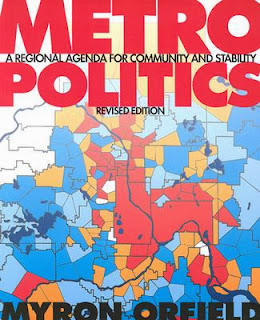 3.  City-county mergers as a financial tactic.  Although I have many reservations about suggesting center city-county mergers, because of how inner city progressivism can be overwhelmed by relative suburban conservativism and anti-cityism, from an economic standpoint, more metropolitan areas need to go through this kind of political and financial restructuring to bring revenues in line with costs and to get savings from economies of scale.

The Brookings Institution has suggested this for Pittsburgh and Allegheny County for many years.  I think about it from time to time with regard to Baltimore City and Baltimore County--they were separated back in the 1850s.

4.  States need to reorient their economic development policies towards cities and metropolitan areas.  Relatedly, Aaron Renn, in his blog, "Why State Economic Development Strategies Should Be Metro-Centric," and in Governing Magazine, "How Globalization Isolates Struggling Cities," writes about how states need to change their approach to economic development, by focusing on strengthening center cities and planning at the metropolitan level, rather than by somewhat disconnected and arbitrary districts. 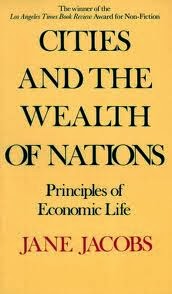 5.  But states aren't likely to change.  While Aaron's right, I thing that the urban-rural dichotomy in most states, accentuated and strengthened by gerrymandered political districts, makes states agreeing to:

6.  So in many places, especially center cities between the coasts, things will be getting worse, not better.  Without extra-normal and somewhat selfless political leadership, taking such steps is almost impossible because these kinds of restructuring programs involve significant dislocation and difficult choices, especially because the number of areas needed to be helped exceeds the available political will, money, and toolbox of solutions.

That being said, without putting such ideas out there and the random place acting upon them, the only alternative is continued severe decline.

Or find alternative ways to fund yourself besides muni bonds....

And it should be an interesting year for muni bonds. Not saying Meredith Whitney is right, but clearly stronger jurisdictions are going to be able to raise money and weaker ones will have to go without or pay higher rates.

Meredith Whitney maybe was wrong about the number of cities/counties declaring bankruptcy, but she was right about the problem.

And being right about the problem is more important than being absolutely right on the specifics.

Thanks for the guide.this information help me online medicine store website How to us.