=======
On occasion, I've written a series of posts on New Year's Day, covering various topics of interest, using the excuse of the New Year as a reason to call attention to particular issues and items.  I'll be doing that over the next few days this year as well.
=======

Doing visionary projects in local DC is tough, because generally, the city isn't particularly focused on best practice.  Plus, people don't seem to get out much, so they think whatever they do is not only "best practice" but "world class" when more likely it is average.  Plus there is the execution element. 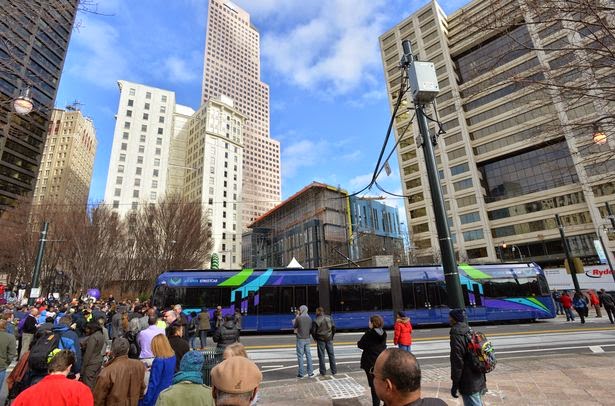 For example, at the time streetcars were first proposed for DC in 2003, modern streetcars, especially on the East Coast, were seen as new in the United States, but the process to bring them to service in DC has been fraught with problems and opposition, and Atlanta's streetcar started service yesterday ("Streetcar service will not begin in 2014," WTOP; "Atlanta's Streetcar makes first trip," WSB-TV), even though the process in DC started much earlier.

... it's ironic because I remember a conversation I had with an H Street business proprietor maybe 5 years ago about streetcars, and I said "why wouldn't you want to be in the commercial district that has the first modern streetcar service on the East Coast?"  Now that city is Atlanta.

But DC has done some good parks (Georgetown Waterfront, Yards, Canal Park), the proposed 11th Street Bridge Park ("Building a Park to Span a Divide in Washington," New York Times) is reasonably visionary, and the way that the redesign and renewal of the Martin Luther King Central Library is shaping up will be much better than originally proposed (probably because it seems as they have adopted most of my ideas for how they should have gone about it).

While the organization has had troubles figuring out its mission over the past decade, out of problems can come opportunity for rebirth, as was discussed in a November entry, "Back to the 'hood for the "National" Children's Museum." 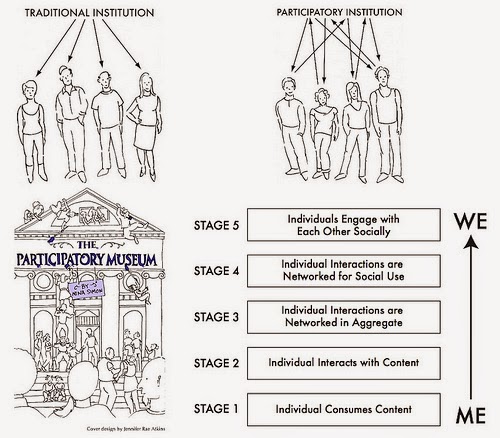 I stand by the suggestions in that entry, which date to 2002.

But it's worth thinking, as we enter 2015, about the opportunity to build a national best class multi-faceted children-focused cultural facility.

In a piece from 2012, I suggested adopting a Phoenix children's theater show on US presidents for DC ("Rock the presidents (cultural planning and the national experience in DC)") and in a 2009 piece on Poplar Point ("Thinking really really really big for Poplar Point's park"), I suggested recasting the children's museum there along the lines of Charlotte's ImaginOn, a city library and theater facility, plus with a ferris wheel, as a signature cultural facilty east of the Anacostia River.

With regard to the 11th Street Bridge Park project, I wrote a bunch of entries suggesting that the city should engage in broader planning initiatives sparked by the park concept, with an aim of aiming bigger and achieving more: 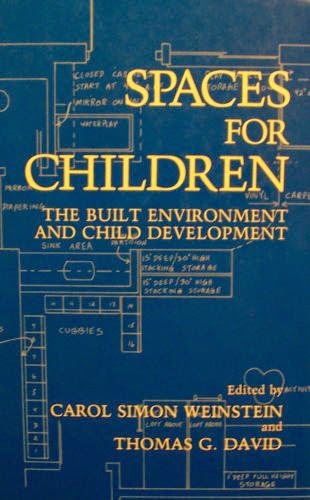 From the article "Children’s Participation in Planning and Design" from the book Spaces for Children:

Democratic responsibility can be acquired only through practice and involvement. It does not arise suddenly in adulthood through simple maturation; it must be fostered directly from an early age. I believe that the environments we occupy as children and the extent to which we feel involved in shaping them, or caring for them, is a particularly important domain for such learning.

One Bridge Park-related entry proposes a world-class environmental educational center focused on water, and mentioned moving the Anacostia Community Museum next door, with the intent of creating a museum complex alongside the Bridge Park, not unlike the Library Park initiatives in Medillin, Colombia, which I wish I would have known about ("Medellin, Colombia offers an unlikely model for urban renaissance," Toronto Star) when I first wrote the post back in August. 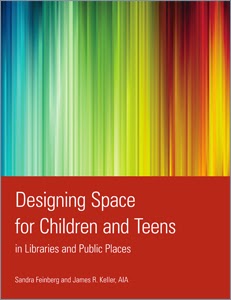 Now I'd suggest adding a Children's Museum-Library-Theater facility to that proposed grouping as part of the Bridge Park project, the redevelopment of Poplar Point, and cultural investment East of the River. 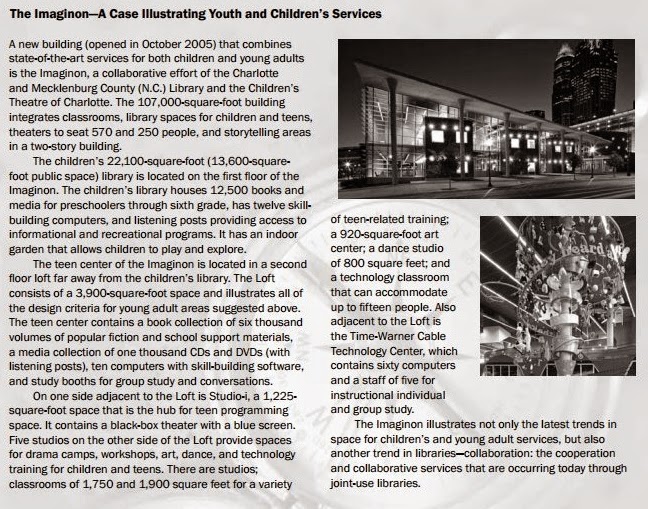 From "Designing Libraries for Customers," Library Administration and Management.

a children's park is being built adjacent to the Boston Children's Museum, to be named after a child killed in the Boston Marathon attack.

Interestingly, the fundraising is including a separate funding tranche for maintenance and operations.