Although this has been a problem in the US for a couple decades, in March I wrote about this spurred by how local radio programming is being decimated in the UK because the national regulatory body has agreed to eliminate this requirement, at the behest of "chain radio station operators."

-- "Culture planning and radio: local music, local content vs. delivery nodes for a national network"
-- "Local communities are being silenced. We're in the age of the 'unplace'," Guardian 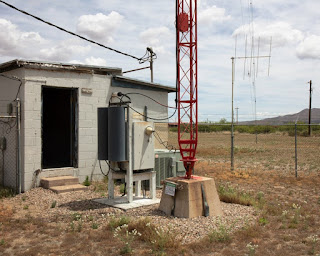 
The Guardian just published an article ("America's rural radio stations are vanishing – and taking the country's soul with them") about the decline of locally-focused radio stations in the rural section of the US, which increasingly face financial failure. From the article:


The radio station, whose call letters are KHIL, has long been the daily soundtrack for this frontier town (population 3,500) that prides itself on its cowboy culture and quiet pace of life. But six decades after the founding of the station, the property is in foreclosure, with utility disconnect notices coming nearly every month.

Small-town radio is fizzling nationwide, as stations struggle to attract advertisement dollars. And as station owners are forced to sell, media conglomerates snap up rural frequencies for rock-bottom prices, for the sole purpose of relocating them to urban areas. In a more affluent market, they can be flipped for a higher price. With limited frequencies available, larger broadcasters purchase as many as possible – especially those higher on the dial – in a race not dissimilar to a real estate grab.

KHIL is particularly interesting, because country music star Tanya Tucker grew up in Wilcox, Arizona, home to the station, listened to it, hung out at the station while she was developing her sound, etc.

Public radio groups are pretty common at the state level.  I run across such organizations as we travel if we are driving (because I tend to only listen to radio in a car).  I've come across great public radio station networks in Pennsylvania (WXPN, the alternative radio station affiliated with the University of Pennsylvania), rural Virginia (Virginia's Public Radio, Radio IQ), and Washington State, and have learned about others.

(Of course, most of these stations are reachable via the Internet, if you aren't in their broadcast area.)

In the DC area, the NPR affiliates, WAMU-FM in DC and WETA-FM in Northern Virginia have repeater stations in Maryland.

But these groups specifically operate their station as NPR affiliates, and broadcast (or repeat) national NPR programming as well as programs from Public Radio International and sometimes other groups, as well as programs they self-produce, such as the "Arizona Currents" program of Arizona Public Media.

Could public radio groups open up their "community radio networks" to include stations like KHIL in Wilcox, Arizona, without such stations having to become formal NPR affiliates, but still able to do their own thing, but with support of regional or statewide cultural funding and technical support. 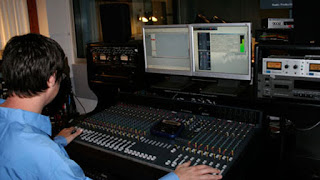 In the case of KHIL, perhaps that could be Arizona Public Media, which is based at the University of Arizona in Tucson.  Apparently, public radio groups in Arizona operate more at a regional basis, rather than statewide.