The unit that has developed this program, Lab @ DC, I've criticized in the past ("5 new forms, is that all you got?") for not being particularly innovative.  And I can't claim to have read the documents and reports developed in support of this initiative. 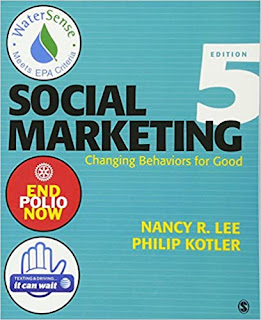 A preponderance of bad drivers are not likely to be conscientious and susceptible to messaging aimed at inducing better behavior.

In short, it's not lack of knowledge about how they act that leads to their behavior.

From the abstract "The Five‐Factor Model, Conscientiousness, and Driving Accident Involvement," Journal of Personality, (1996):

Personality researchers and theorists are approaching consensus on the basic structure and constructs of personality. Despite the apparent consensus on the emergent five‐factor model (Goldberg, 1992, 1993), less is known about external correlates of separate factors. This research examined the relations between Conscientiousness, one dimension of the model, and driving accident involvement. Using multiple measures in independent samples drawn from college students (N= 227) and a temporary employment agency (N= 250), the results generally demonstrate a significant inverse relation between Conscientiousness and driving accident involvement; individuals who rate themselves as more self‐disciplined, responsible, reliable, and dependable are less likely to be involved in driving accidents than those who rate themselves lower on these attributes. The findings are consistent with other research demonstrating the relations among Conscientiousness and other tasks and job performance. Suggestions for future research are discussed. 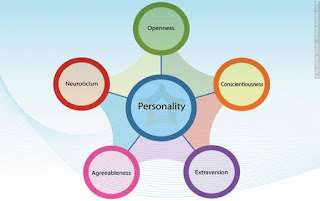 A different paper, "The Five-Factor Model and Driving Behavior: Personality and Involvement in Vehicular Accidents," studied "agreeableness," and found that disagreeableness was positively associated with:

Besides social marketing, and combining that with an understanding of personality, a related approach which I came across in advocacy, is the concept of "Building Public Will," where the leading proponent of the concept argues that people are best reached when you touch their already felt beliefs.

For example, rather than telling people that they shouldn't litter or otherwise despoil rivers because it's the right thing to do, that they should have a sense of stewardship of the environment, etc., focus on the fact that 90% of the nation's drinking water comes from rivers and you don't want to pollute your primary source of drinking water.

In short, the point I am making is that bad drivers are bad drivers for a variety of reasons, and for most, their behavior isn't going to be modified by receiving a text message.

Better to determine that nature of the "behavior segments" of bad driving, and determine the best way to reach each segment.  The reality is that for most bad drivers, punishment, not messaging, is the most effective way to change their behavior ("Why is reckless driving bad," Morris Bart LLC; "Cycletrack under construction on Florida Avenue NE").

On the other hand, years ago I came across a program in Howard County ("Howard County Police Department Best Practice on Aggressive Driving," 2011) where the police department did send letters to drivers about bad driving incidents, as reported to them by citizens.

Because people believe most of their incidents of bad driving are unobserved and that there are no consequences, I do think this kind of initiative is worth doing. 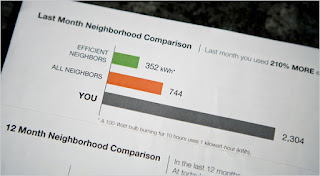 The messages approach that will be tested by DC does have antecedents and examples of success in other areas, such as energy conservation programs which show people data comparing their consumption to their neighbors ("Utilities Turn Their Customers Green, With Envy," New York Times).

So maybe it could work, although in the case of driving, where people feel privileged, entitled, and powerful ("Why Driving Makes Us So Mad," Psychology Today), I am doubtful.

Probably what would work better is:

(1) significantly higher cost of insurance than even the high rates already paid by bad drivers, think of it as insurance costing the equivalent of gasoline in Europe--there it's about $7 per gallon; currently here it's about $2.25;

(2) making penalties more severe more quickly, resulting in license suspension.  Currently, some but not all states will suspend a driver's license depending on how many infractions there are over time ("Driver's license points: What you need to know").  But most states are pretty lenient, although some like California are not.  And then there is the problem of reporting between states, which often fails.

Because in the US mobility is car-dependent, the legal system doesn't like to restrict a person's ability to drive.  But driving is a privilege not a right, and like most any behavior, the 80/20 rule applies in that most of the egregious behavior is performed by a small percentage of the population.

I read in an article than an "unnamed source" in MPD said they don't do traffic stops bc no one has insurance/license and they have to focus on more significant crimes so good luck with that!

I will say that amongst almost everyone i hang out w/ in the city they don't have licenses and they drive everywhere, LOL

I "got the idea" from SF, where the MTA has this function. But occasional commenter Christopher pointed out that was done not so much to improve enforcement but as a way for MTA revenues to be used to cover the costs of what otherwise would have been a nonrelated agency (a unit of the police force).

Still I think it's a good idea.

When I did my brief gig in Baltimore County, the traffic enforcement unit of the county police department was very helpful and supportive (and the leader was like Pauley Perrette in NCIS, a long beard, etc., not a typical cop, then again, he was a civilian.

It's not that the data and opportunity aren't there, it's just a low priority for the police department, for obvious reasons in a place like DC.

So move it to a place where it can "shine."

Just nothing, no ID ever LOL what do you need ID for? What's the city gonna do about it, either, you understand where that is going, re: disparate outcomes etc