In April, a bicyclist was killed on Florida Avenue NE, while waiting at an intersection for the light to change.  "Nothing" could have prevented the death, which was caused by a driver of a stolen van driving at a high rate of speed running through a red light, hitting a car, which then careened into the cyclist, killing him ("Bicycle activist killed on bike in crash with stolen van in the District of Columbia<" NBC Washington). While there had been plans to construct a cycletrack there for many years, starting in 2009 ("Initial thoughts following the Dave Salovesh murder," WaschCycle) it became accelerated after the death, as a way for the city to respond.

But... I had communicated with the then director of DC's Department of Transportation in 2005, about the need for a road diet on Florida Avenue NE, because of its width encouraging drivers to operate at a high rate of speed. E.g., one incident included a speed camera clocking a car at 97 mph, albeit late at night.

So should I be heartened that the cycletrack is being constructed now? Or should I be disappointed that it has taken 14 years?

For me, I've moved on to other concerns, deeper learnings, bigger ideas and frameworks. So it's hard to take much comfort in something finally happening now.

Although, again, it's impossible to say whether or not had this been done earlier would it have prevented this particular death.

In any case, the network of cycle infrastructure in this vicinity is expanding greatly, from the cycletrack on 1st Street NE to include cycletracks on 6th St. NE, now Florida Avenue, contraflow lanes on M Street NE and G and I Streets NE, some cycletrack on 4th Street NE connecting Union Market to NoMA and the NoMA Metrorail station and the Metropolitan Branch Trail, etc. 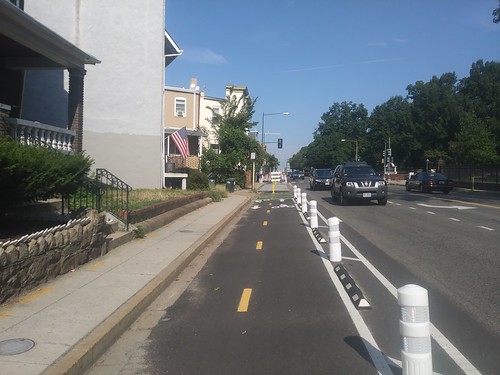 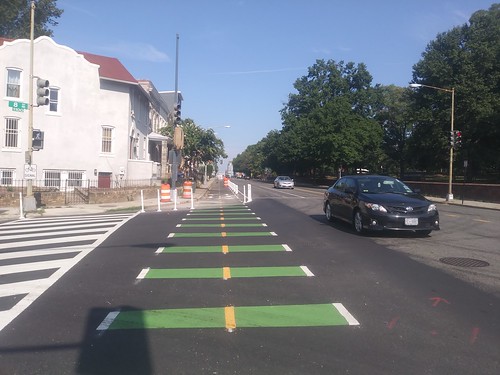 There is an article in HBR online that "breathlessly" argues that austerity had a significant impact on the Brexit vote.

Duh. Not only did the Conservatives do nonKeynesian policy after the GFC, (1) they blamed it on Labour in part, saying that Labour were spendthrifts and got the UK into the situation; (2) but on the EU too, even though the EU had absolutely nothing to do with the Conservatives choice of austerity fiscal "policy" (which was chosen to starve government, especially local government), and the poor; and (3) in both cases most of the print press--much owned by Conservative Party supporters--repeated the falsehoods.