(Even more on) ANCs (Advisory Neighborhood Commissions in DC) 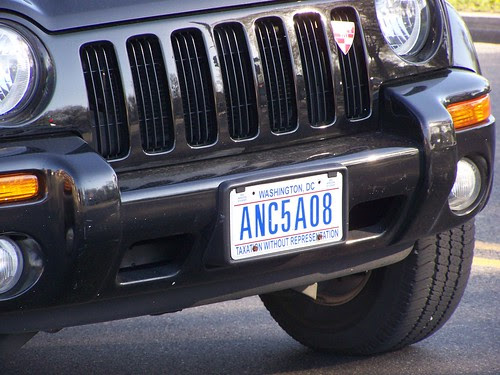 The City Paper ("Building a Better ANC") and Matthew Yglesias ("Institutional Design Matters a Lot") write about ANCs. I have written about this issue for many years, and it pains me that those works haven't been accessed by people writing about the subject now, thinking they have much new to offer.

I do think that institutional design issues are key. While the City Paper is right that the structure of ANCs is designed to make the bodies focus on resisting change (or improvements) to communities, I don't think the answer is at large seats, because for the most part, there is no guarantee that people will run for those seats with an agenda promoting the theoretically common interest or a more informed position.

First, there is the general problem that I wrote about a couple weeks ago, with regard to siting of bicycle sharing stations in DC, that planning exercises involving citizens don't adequately define simultaneously what we might call "city wide" objectives vs. more strictly "neighborhood" objectives. See "Bicycle sharing location decisionmaking in DC" and I have also developed this thesis in relationship to community benefits agreements, in "Community benefits agreements," and with regard to development review, "Citizen involvement in the development review process in DC."

What I wrote in the bikesharing post was this:

In social psychology this is called boundary spanning and it is very difficult, because conflict is built into the system and situations at the outset, and it makes planning jobs very very difficult for planners, because they have to make congruent what can be very difficult choices.

Usually what happens is that planning efforts kowtow to residents without adequately differentiating and outlining and prioritizing what I call citywide concerns.

This is especially problematic when it comes to transportation planning, and intensifying development in commercial districts and around transit stations, where desires to add density and housing in order to support citywide objectives supporting tax revenue growth, additional population, strengthening of commercial districts and local retail, public safety (having more residents adds eyes on the street), and adds riders to transit providing the ability to support more frequent service, does come at some cost to current residents because added population does add some traffic, makes lines longer in stores, etc.

(Note that probably the best single book that people ought to read to understand how to improve cities is Cities Back from the Edge by Roberta Gratz.)

Second, as I wrote five years ago in the blog entry, "The Agony of Defeat" about why I could no longer serve on the ANC6C Planning and Zoning Committee, you can have great ANCs or bad ones, but for the most part, you have bad ones.

The primary solution is to provide the knowledge resources and capacity building so that ANC commissioners are supported in their efforts, and they are able to develop a broader perspective. Such a structure has never really been developed in the city.

(One of the problems of the DC leadership program sponsored by GWU, which has a preponderance of ANC commissioners as participants, is that hermeticism is supported, rather than challenged. When I suggested to a course instructor that they introduce participants to the Growth Machine thesis and other political and sociological theories about local governance, he countered that most of the participants were not likely to have the necessary reading comprehension skills to get through the articles.)

WRT capacity building, I've recommended training systems (such as those provided along with the NRP in Minneapolis, with Atlanta's Neighborhood Planning Councils called Neighborhood Planning Units, Seattle's Dept. of Neighborhoods, or the Citizen Planning Commission trainings offered in Massachusetts) along with information capacity (something like the Urban Information Center at the Dallas Public Library + the idea of providing computing support including access to GIS and other community planning software tools along the lines of that pioneered by the DOE).

And doing a citywide training every year for activists and government agency personnel around the Project for Public Spaces' How to Turn a Place Around workshop, which would focus on a neighborhood project, something like how community activists helped revive the playground at JO Wilson Elementary School in the H Street NE neighborhood into a community asset that serves students during the day, and residents at nights and on weekends.

(Note that while I think that capacity building and training structures ought to be offered to improve the abilities and outlooks of people participating in local civic life, there is no guarantee that people will avail themselves of the opportunity. In fact, most people think they know everything they need to know about civic participation, urban planning, transportation, etc., now, and it can be very difficult to get them to participate in trainings.

Note/2, my point that for the most part, with each iteration of a planning process that people participate in, they tend to not "improve" in terms of their knowledge and the development of what we might call a broader and deeper perspective on planning-related matters.)

But I think that these activities are more interconnected. In the H Street neighborhood specifically, they grew out of "new residents" being fed up with a dysfunctional ANC and a languishing H Street, and a concerted effort to make changes--which was assisted by the ANC redistricting process in 2002 (also see the very good City Paper article "Census Violence: Redistricting Ward Boundaries Could Fracture D.C. Council" on redistricting) which made ANC6A smaller (5 fewer seats) and more focused, by creating four ANCs for Ward 6 instead of the previous three) point about the blogs in areas of high ability ANCs is maybe opposite of the on the ground reality.

I think that interested residents drove the improvements in the ANCs and web-resources (e.g., the H Street DC website, now no longer in operation, was one of the earliest neighborhood-focused websites in the city and it was created in response to a presentation at the National Building Museum about the Barracks Row Main Street program, where the presenters were derisive about H Street NE and whether or not it could ever improve, along with the Columbia Heights website associated with the columbia_heights e-list).

ANC6A is the exception that proves the rule, that you develop the capacity of the ANC internally, in large part by opening up committee memberships to nonelected representatives, and by opening up committee chairships to nonelected representatives as well, thereby maximizing the capability of an ANC to be effective and focused and able to cover the wide variety of issues that come before it.

But it does require that you have able people to begin with. And there is never a guarantee.

Most ANCs, even though the law creating ANCs allows for if not requires citizen participation on committees for nonelected representatives, do not allow it--ANC6A does (so does ANC6C because it was calved off ANC6A and used its bylaws as a model), more so than probably any other ANC in the city, which accounts for its effectiveness (so long as it continues to get participants that care about the greater good rather than a limited and constrained parochial agenda).

Some ANCs don't even have standing committees, which makes it difficult for them to develop expertise and institutional memory.

And some ANCs have executive committee meetings which are not open to the public, which may contravene the spirit of the idea of participation and democracy.

I don't think it would work that way, because too many forces in development policy support greenfield retail development (e.g., supporting 200,000 s.f. of new retail at the Walter Reed campus rather than strengthening the more than 1 million s.f. of retail space that already exists on Georgia Avenue).

But it is in line with how things are done in some other cities, where the local neighborhood/district based commissions have more authority in part because they have money to bring other agencies to the table. E.g., the Neighborhood Revitalization Program in Minneapolis provides neighborhood planning districts with financial resources that they can use in joint projects with the parks district and the school system and in commercial districts or whatnot.

Another way would have been to make the Neighborhood Investment Fund in part a program that involved ANCs more directly. But sadly, that program hasn't been all that well defined, and building the capacity of neighborhood and civic groups to be more able and capable has never been a stated goal of that program.

---------------------
In the public administration and urban studies fields, there isn't a lot of comparative study of different structures for improving local governance and for better involving citizens in the process. There are many forms, ranging from the "Town Meeting" form of community governance in New England, to the forms mentioned above, to the neighborhood councils in Los Angeles (elected) and commissions in Seattle and Columbus, Ohio (somewhat corporatist, with members representing certain constituencies), to the forms in New York City (Community Planning Boards), and how some cities, mostly in Europe, but also in Montreal, Quebec are organized as a set of boroughs--e.g., Montreal is broken up into 19 boroughs, each with its own locally elected council, although the Mayor of Ville Marie is also the overall Mayor of Montreal.

It's an area that I believe deserves further study. Sadly a lot of the work has focused on electronic "democracy" but too often these articles focus on tools to measure voting preferences in town meetings and not how these same tools can be used to constrain and overly shape decision making in ways that narrow debate and innovation rather than improve it. 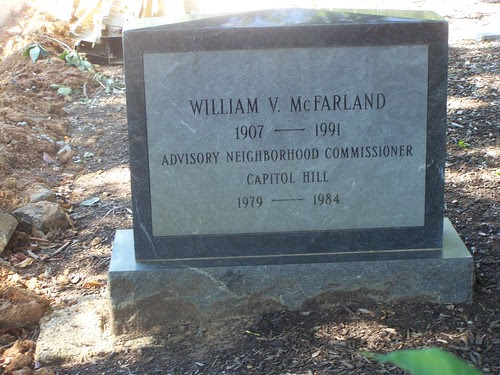