What should a US national bike strategy plan look like?

I upset some people a couple days ago when I commented that three presenters (from Ontario, UK and Australia) providing guidance to US stakeholders about creating a national bike strategy didn't have much to offer us.

So I have been thinking about what should be included in the introductory components to a US national bike strategy plan.

Sure, some of these places have  more bike commuters than we do nationally, but the US is a lot more suburban and gasoline is taxed much less, which makes a huge difference, which was captured in an article by John Pucher, "Why Canadians cycle more than Americans: A comparative analysis of bicycling trends and policies" from Transport Policy journal:


In spite of their colder climate, Canadians cycle about three times more than Americans. The main reasons for this difference are Canada’s higher urban densities and mixed-use development, shorter trip distances, lower incomes, higher costs of owning, driving and parking a car, safer cycling conditions, and more extensive cycling infrastructure and training programs. Most of these factors result from differences between Canada and the United States in their transport and land-use policies, and not from intrinsic differences in history, culture or resource availability.

It should be no surprise that the US and the UK (e.g., "Britons unmoved by pro-cycling campaigns: Most regard bicycles not as legitimate form of transport but as children's toys or preserve of hobbyists, research finds," Guardian), given the prevalence of the "vehicular cycling" concept, have significantly fewer people cycling for transportation compared to countries where sustainable mobility is actively promoted.

That doesn't mean we can't learn from those places.

For example, Victoria State in Australia is where transportation demand management practices were pioneered.

The UK has a number of great sustainable transportation organizations and best practice initiatives (you can buy a bike through payroll deduction there, the cycle demonstration towns project was pathbreaking but junked once the Conservative-Liberal Democrat coalition took power ["Not just eco-towns in the UK, but cycle towns too," Evaluation of the Cycling City and Towns Programme: Qualitative Research with Residents], London Cyclist Campaign does amazing things etc.).

Ontario's Share the Road organization has developed strong relationships with the Ontario chapter of the Canadian Automobile Association ("The Share the Road bicycling promotion organization of Ontario") which seems out of the question in the US, where regional chapters are stronger and significantly more pro-auto.

Still, like the point I made about sustainability planning in DC ("Realizing all aspects of Sustainable DC") if you want to be the best, you look to the places that are acting at the forefront of best practice, rather than focusing on those places that lag best practice.  The points I made in that post are relevant to increasing biking as transportation at the national scale:

1.  Setting up differentiated programs more attuned to spatial and density variances across the city's neighborhoods, wards, and commercial districts.

2.  Change how DC Government benchmarks its policies and regulations against the nation's leading cities with the aim of adopting best and leading practices, rather than being content with making changes that still lag best practice.

3.  Think bigger and more creatively -- if you want to be #1 in the U.S. you have to be truly innovative.

Besides certain best practice communities in the US (e.g., Portland, Minneapolis, etc.), that means we need to look to:

-- Quebec ("Is Montreal the number one city for bicycling in North America" and "An interesting element for state-level bike and tourism planning" and the Quebec Transport report, Making cycling a mode of transportation in its own right)

-- and Switzerland (but I don't read German, Italian, or French all that well and they don't publish their work in English, except for this, On Track to the Future: Sustainable Transportation--A Challenge for the 21st Century, and a presentation I saw a few years ago).

How I would structure the organizing principles for such a plan:

2.  Transportation Physics and Mobility Throughput.  This is pretty basic, that you can move more people by walking or transit or biking in the same amount of space used by cars.  E.g. 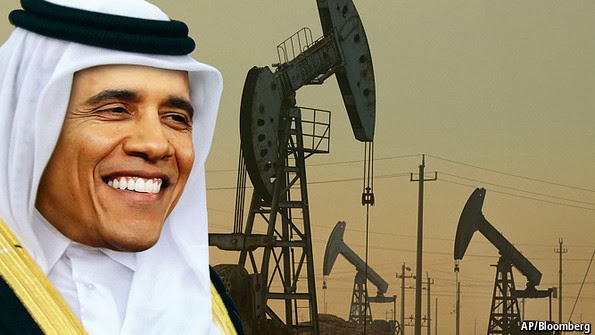 3.  Other policies that shape mobility choices and current practice.  There was a great piece, "The Petro States of America," in Businessweek recently about how the US is a major petroleum production nation (that should be obvious) and how that shapes economic and other national policy in multiple ways that support oil production and consumption.

Sprawl--which militates against sustainable transportation--is intimately linked to oil production because of the necessity to stoke and maintain consumption.

4.  Bicycles as toys/bicycles for recreation vs. bicycling for transportation.  This is a major schism within the field.  Bike shops make a lot more money selling racing bikes than transportation oriented bikes.  E.g., bike shops make more money selling accessories like lights, which makes it difficult for them to support the inclusion of night lighting equipment into urban bikes as standard practice.

But at the same time, people focused on driving motor vehicles have a difficult time taking biking seriously.  On the other hand, there are cities like Portland, Minneapolis, Davis, and Montreal where bicycling as transportation is significantly ahead of the curve compared to other locales.

5. Creating social and behavioral change through structural-systemic change, social marketing and other processes.  Consider how this article, "Gentle Nudges Work to Get People Exercising" (Wall Street Journal) discusses the adoption of positive health behaviors as routine practices and apply it to sustainable transportation practices.

6.  Differentiating sustainable transportation policy and practice according to spatial form, specifically whether the predominate land form is urban, suburban, or rural.  My piece "Ideas for making bicycling irresistible in Washington DC" discusses this with regard to the urban setting, and the work I did in Baltimore County focuses on suburban oriented practices ("Best practice bicycle planning for suburban settings using the action planning method").

Focus where cycling uptake can occur in a substantive fashion.  Develop high visibility demonstration projects for each land form type, not unlike what was intended from the Cycle Towns project in England.

Figure on factors that support or constrain the choice of cycling as a mobility mode.  (From the report Evaluation of the Cycling City and Towns Programme: Qualitative Research with Residents.)

Some books to read:
On biking
-- City Cycling | The MIT Press
-- Design manual for bicycle traffic - CROW
-- One Less Car: Bicycling and the Politics of Automobility - Temple University
-- Pedaling Revolution: How Cyclists Are Changing American Cities (OSU Press)
-- Reconsidering the Bicycle: An Anthropological Perspective on a New (Old) Thing (Routledge)
-- Street Fight: The Politics of Mobility in San Francisco | University of Massachusetts Press

On how we got to where we're at in terms of mobility
-- "Transportation and Urban Form: Stages in the Spatial Evolution of the American Metropolis" Peter Muller (this is a book chapter)
-- Fighting Traffic: The Dawn of the Motor Age in the American City | The MIT Press
-- Getting There: The Epic Struggle between Road and Rail in the American Century
-- Mass Motorization and Mass Transit: An American History and Policy Analysis

Richard you are so right about bicycles not being taken seriously or as toys- every time we have inclement waether here at work people com eup to me disparagingly and ask me if I have been on my bicycle what with all of the weather being messed up- as if they are trying to say to me that what I am doing makes no sense at all- I get this constantly since most of the people who work here are super extreme commuters who routinely live in Dover Delaware or Gettysburg and drive into DC 5 days a week because the city is "too dangerous" etc... and the other thing- as I have often stressed- Germany is far too often over looked by our planners in the USA when we really need to pay attention- they are far more like the USA than any other European country and the social dynamic is very close to us yet they have managed to retain a 12-15 percent mode share of cycling as transportation- which works out to more cyclists than either Holland or Denamrk- the two countries that are favored so much by our planners. They obviously have not realized that WW2 has been over for some 70 years and Europe is a dynamic continent. Thanks for spreading the word- you & Pucher are some of the only enlightened planners in the USA these days..