Note that I have been meaning to write a piece comparing revitalization planning in Detroit, Pittsburgh, Bilbao, and Liverpool.

All of these cities have experienced a great deal of economic dislocation in response to deindustrialization, globalization, consolidation of power in other cities within the nation, and/or changes in the organization of the shipping industry.

Liverpool is most like Detroit in the level of poverty that persists, even after the city's 30 years of regeneration programming (on many blocks in Liverpool, every household is on social welfare).  And it's not like there isn't still significant poverty and unemployment in Bilbao and Pittsburgh.

But Bilbao, Liverpool, and Pittsburgh have come a long way forward from the depths of the 1980s, while Detroit continues to deteriorate significantly.

While I would be the first to argue that one element that separates Detroit from the other cities is the race question and racism, the other element that separates Detroit from Bilbao, Liverpool, and Pittsburgh is visionary planning--and Pittsburgh is not quite as comprehensive planning oriented as Bilbao and Liverpool, but has done some amazing things nonetheless, even if not at the scale of those cities, what they have accomplished is quite remarkable, helped by some great local nonprofits that are pretty gutsy (such as the Pittsburgh History and Landmarks Foundation, Heinz Charities and their support of local organizations) and real leadership.

In the sum up piece on the European cities, I wrote this:

Another big difference in most European cities is that there isn't the same anti-government fervor there that there is here.  In other words, people expect that their local government will take on and address such problems and they don't look to the private sector to lead the change.

Provided there is a commitment to success, that means that there are strong accountability systems in place to focus the effort on outcomes and militate against problems and corruption.

Ultimately, this is what separates Detroit from those other cities.  It's not like there weren't indicators that things weren't working--Detroit has looked like hell for decades as residents and business left the city with blocks and blocks and blocks of the city ultimately combining into the equivalent of many square miles of abandoned land.

Sure, the events that precipitated the outmigration were mostly exogenous and out of the control of elected officials, stakeholders, and the citizens.  Regardless they still had to deal with the consequences, and not planning, not addressing the consequences left the city more at risk and ill-prepared for the time when structural conditions changed significantly, as they always do during a serious economic recession or depression, and the problems could no longer be ignored. 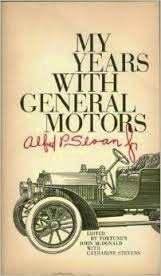 Not that Detroit isn't screwed by all kinds of other actors (e.g., "The rise of Oakland County is built upon Detroit's fall").

If you don't plan, your fate is fully out of your control.

The Cleveland Plain Dealer did a series in the late 80s comparing Toronto and Cleveland.

Probably classic Tom Vail, but it was making the same points.


here is a more recent one: http://www.cleveland.com/opinion/index.ssf/2013/12/cleveland_on_positive_track_th.html

Of course he was neglecting that Toronto status as Canada's most important city kept banking, law, etc there. When I was growing up Cleveland had the 3rd most F500 companies and there are perhaps 2-3 left.

In any case, as you noted that degree of positive ledaership was lacking in Detroit until recently. Although this new idea is tearing down 3/4 of the city is nuts.

Well it's true that in their heydays, the Cleveland Plain Dealer and the Pittsburgh Post Gazette ran a lot of good stories on this issue.

I do think of Steven Litt as one of the best writers on urban design of US newspapers...

Thanks for the cite.

... relatedly, I was gonna mention the book _On a Clear Day you can see General Motors_ which is by J. Patrick Wright but co-authored by John DeLorean. He sort of disconnected affiliation once he was seeking $ for his DeLorean Motor Company.

It lists all the problems with GM, and that too was a few years after the gasoline "crisis" of 1973, which was devastating for the US auto industry.

It wasn't like GM hadn't been getting warning signs all along.

and related to Pittsburgh, I wrote this a few years ago in response to a piece by Richard Florida. He tweeted my response and said it was a great sum up.

I'm a big fan of "Clear day" but let's be honest -- the problems he was describing were completly different than the problems GM faced prior to BK. 40 years will do that.

and contra Vail, I'd love to write a story on how a city like Cleveland pretty much got everything wrong since 1970.

"everything" is pretty strong. I like West Side Market and the creation of the Gateway and Warehouse districts. It's too bad though that they did BRT instead of compatible with the Rapid, otoh, they are only getting ridership of maybe 15,000 passengers/day which isn't there for justifying that mode.

2. Then there are the sports stadiums and the ROck and Roll Hall of Fame isn't situated in a manner that supports adjacent development.

I have enjoyed reading your post. It is well written. It looks like you spend a large amount of time and effort on your blog. I appreciate your effort. Please check out my site.
Power Washing Charlottesville