Today is election day in Chicago: can cities invest in Downtown and neighborhoods simultaneously 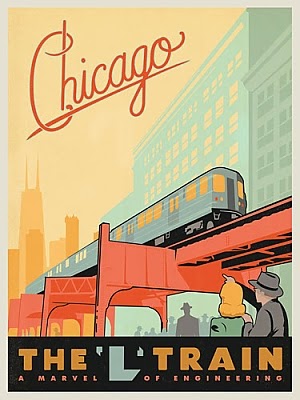 There's been a lot of coverage in national newspapers and other media since the primary election in late February, about how Mayor Rahm Emanuel couldn't quite garner 50% + 1 of the vote, and so there is a runoff between him and Jesus "Chuy" Garcia, who got 33.4% of the primary vote to Emanuel's 45.4%.

On the eve of the election, polls show Emanuel with a big lead ("Chicago voters head to the polls to pick mayor," USA Today), probably as a result of people believing that Emanuel's being "humbled" in the primary will make him more responsive and less abrasive going forward, in dealing with Chicago's big problems.

In the media coverage, a decided majority of the "sober" commentators have made the point that because Emanuel is making tough choices, such as closing schools and dealing with the city's pension crisis, plus his being somewhat of a jerk, has made the electorate emotional, but that the right choice should be to vote for Emanuel. 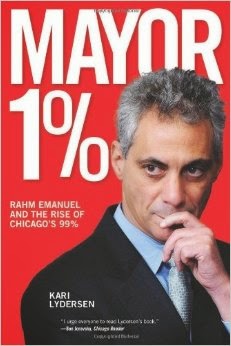 Another of the criticisms ("Rahm Emanuel has made Chicago a worse place to live," Slate) has been that Emanuel is over-focused on "Downtown" and central business district issues and is ignoring the neighborhoods, which includes overconsumption of TIF monies for downtown projects at the expense of neighborhoods, etc. From the article:


Emanuel did not create this divided city, but his mayoralty is a product of it, and he has an interest in perpetuating it, because the global citizens vote for him and fund his campaigns. The most extraordinary finding of the 2010 census was that the fastest-growing neighborhood in Chicago was the Loop, which has a median household income of $93,745. In the first round of the election, on Feb. 24, Emanuel made his best showing there, winning 73.2 percent of the vote in the Loop-based 42nd Ward. Billionaire hedge fund manager and 42nd Ward resident Ken Griffin, the richest man in Illinois, has donated $750,000 to Emanuel during the runoff. As a graduate of an elite suburban high school who made his career in Washington, D.C., then settled in the city to enjoy its cultural amenities, Emanuel embodies Global Chicago.

The central theme of Garcia’s campaign is that Emanuel has neglected the neighborhoods while building his global city on the lakefront.

(Also see "Why Can't the Left Unseat Rahm Emanuel?," The Atlantic; "Undecided No More: How a Trip to the Ballot Box Cured My Election Anxiety," DNAInfo)

That may be, but something that I have been thinking about since the primary is why can't localities develop a simultaneous agenda that promotes development and business activity in the central business district, while also providing a focused improvement program for neighborhoods. 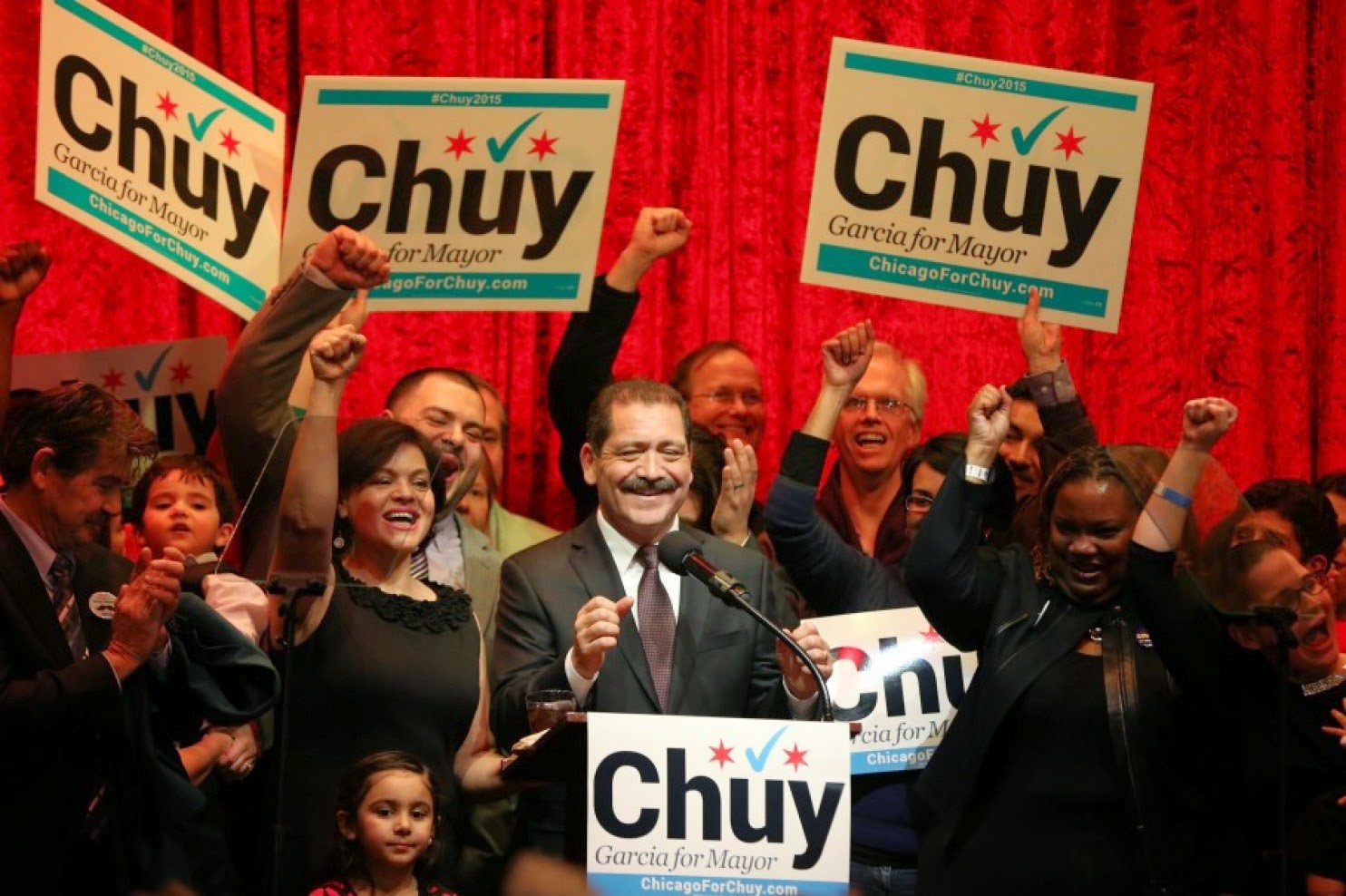 They don't have to be mutually exclusive, but they usually are.

At the same time, residents need to acknowledge that in most cities, commercial property and sales-related taxes provide the bulk of the community's revenue stream, so that investments in the central business district pay off in greater revenue for the city, revenue that can be used elsewhere.

I guess the kind of neighborhood focused program that I would envision would focus on support for neighborhood self-help efforts and capacity and community building, along with investments in maintaining and extending strong neighborhood schools, complete street, sidewalk, and bikeway networks, provision of other civic assets such as libraries, parks, and recreation centers, along with transit access, which typically may be a metropolitan-scale provided service.

There are examples here and there of some of these program elements being systematically developed in communities, but most communities lack such a focused agenda.

But can citizens take on responsibility for both "city-wide" concerns including public finance as well as their much more minute focus on their neighborhoods?

Probably not ("Democracy vs. Psychology: Why people keep electing idiots," Guardian), but definitely not if they are never asked to do so.