Transportation quotes of the day (from 1961) 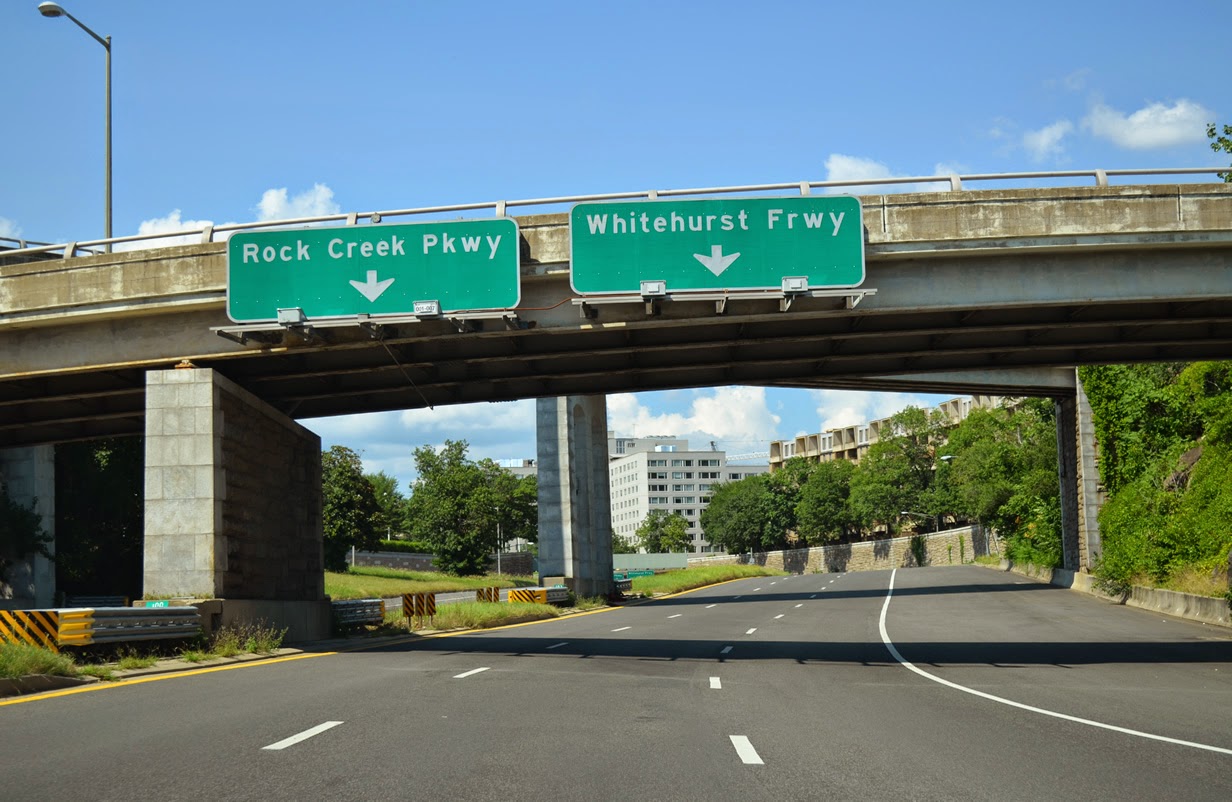 Through an odd fluke, last week I found a couple sections of the Washington Post dating to November 5th, 1961.

They aret in bad condition and I can't figure out why the household that tossed them had them to begin with, unless it was because they saved an article, "Future of Travel In Capital Meets Its Day of Decision," about an upcoming vote on the city's proposed freeway plan.

This plan proposed an inner loop freeway east of the White House, around Dupont Circle, an outer loop further out, and other freeways.  After much citizen opposition, eventually most of the freeways proposed for Washington DC were cancelled.  The article didn't include any graphics. 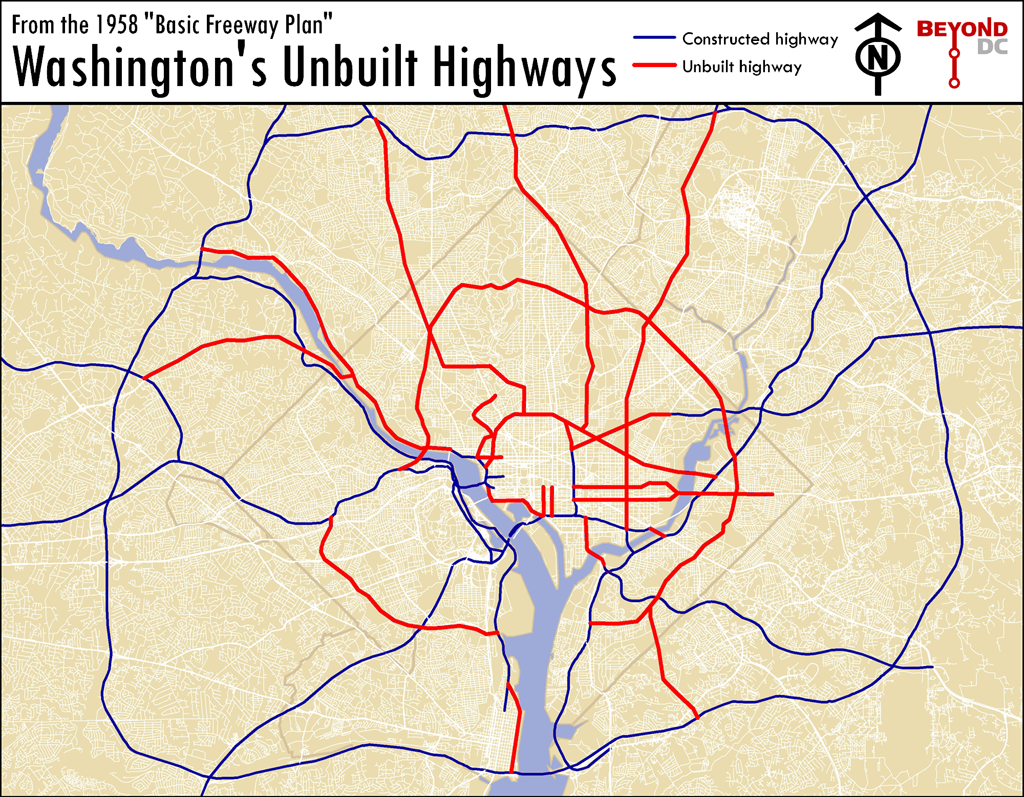 
Donald C. Hyde, manager of the Cleveland Transit System and a member of the {National Capital Transportation Agency} board:

"I don't feel there was any serious evaluation of the Inter-Loop in our 1959 Mass Transportation Study  It was something we just accepted and built upon.  I have been a supporter of our inter-loop project in Cleveland, primarily because it helped us get rid of slum neighborhoods.  I'm not sure the Cleveland experience is comparable."

"Those who are saying let's defer and study are really saying 'let's not build it.'  We know from our projections that there will be a steady build up of traffic into the central area, traffic which cannot be diverted by the Capitol Beltway or handled by mass transit.  We can and should do a better job of designing our freeways so they will not detract from the city's visual qualities.  The new design for the E st. expressway is certainly an example." 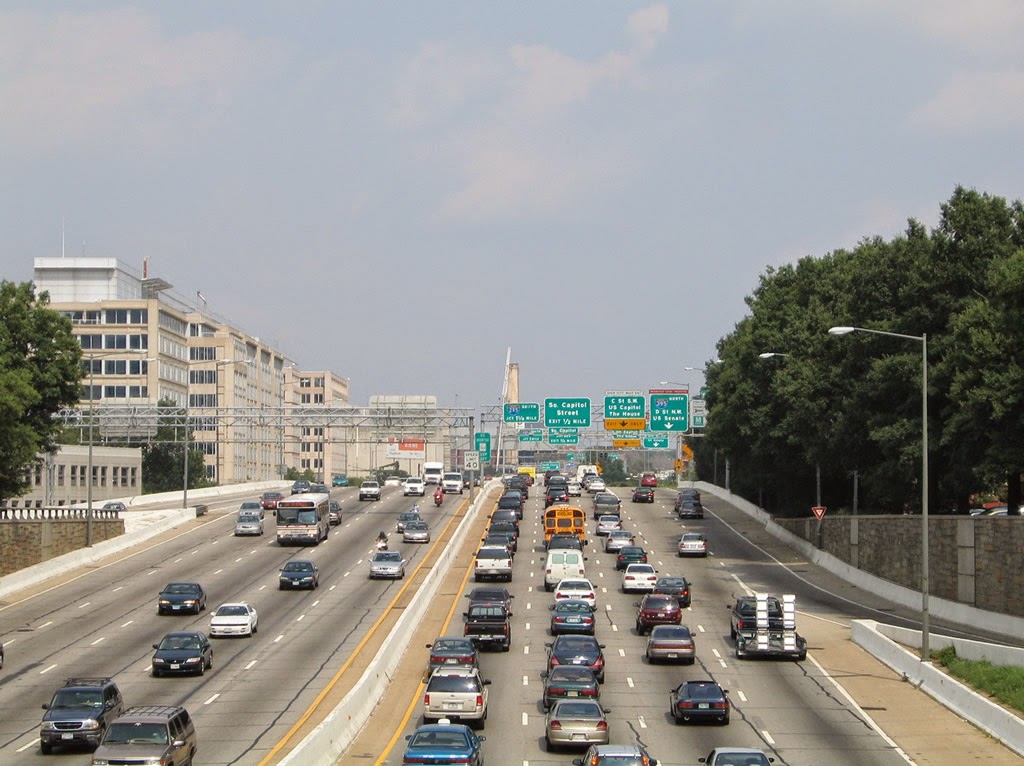 Image of DC's Southeast-Southwest Freeway (I-395) from aaroads.

well it an interesting comment on the cleveland inner loop.

Although most of it runs through light industrial, rather than slums. the area near where jacobs field is now (ontario) might have been slums -- it had been bulldozed prior to 1985.

Overall, I'd agree with his assessment -- the inner loop in Cleveland works pretty well. the real problem was the steel mills/chemical plants/refineries that sat right south of downtown and before the Clean AIr Act and the 1980 recession produced a highly toxic stink for near-in housing.

It was connecting 480 and 271 that really did downtown in. You could bring people in from the west side quicker. Cheaper office space. When I was growing up, nobody from my suburb ever went to the far east side (beachwood/chagin), my cousins and husband who still live there now work there and daily commute in two cars. They work for Morgan Stanley (wealth servicing) which should have been a classic downtown function.

And while I can't imagine an inner loop working in DC, the E st expressway is great, and a express up Glover-Archibold might have been interesting.

(The problem again is thhat highway logistic took over freeways, so it was about moving things and not moving people)

I don't know Cleveland that well, but I thought the quote was very telling. You see lots of commentary that the routing for freeways in cities was designed as a form of slum clearance, but only in so many words.

Here, the words are clear to see.

2. WRT Detroit, the freeways also spurred outmigration of businesses, probably in a manner similar to Cleveland. Same with Baltimore.

But it happened in DC too, without freeways.

was outmigration the natural course of affairs, with or without freeways?

Hard to say because its inextricably connected with the rise of automobility and the decline of fixed rail transit.

The DC Inner Loop could work out quite fine with minimal impacts with the K Street Tunnel concept for cross town I-66 and a redesign of the continuation from that and the Center Leg, reducing displacement from 600+ to about 33.

It is a pure myth that they can't do a complete freeway system for DC, rather it is the dirty politics of the worst getting over upon society in general.

An emerging problem today is this developer shill new urbanist movement that can't bring itself to oppose a single ill located project, thus creating the situation for the just use of eminent domain to remove dwellings that should have never been built.

At least people buying into such ticky tack development have been warned.