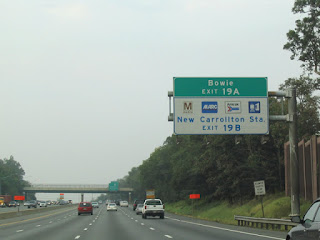 Photo from AA Roads.
The Greater Washington Partnership released a report on how a bunch of transit stations in Maryland ought to be more developed, which the Washington Post wrote about, "Study: Development around Prince George’s, Anne Arundel rail stations needs a boost."  From the article:

The PG County stations are Metrorail stations, although both New Carrollton and Greenbelt also have commuter railroad service--New Carrollton also has Amtrak service, and the Penn Line operates every day.  Seemingly, Southern Avenue is ripe for development, as it is on the DC Line, but the area is not highly urbanized. Morgan Boulevard is an end of the line station.

Glen Burnie is the end of the line station for the Baltimore Light Rail system and some residents see the station as an attractor for crime("Addicts, crooks, thieves’: the campaign to kill Baltimore's light rail," Guardian) .

I have a great piece about how the New Carrollton area can be revitalized through repatterning around transit service.  New Carrolton will also be the end point for the forthcoming Purple Line light rail.

-- "Setting the stage for the Purple Line light rail line to be an overwhelming success: Part 4 | Making over New Carrollton as a transit-centric urban center and Prince George's County's "New Downtown"," 2014/2017

It's not particularly pathbreaking in that's how development occurred historically, around train stations and later around streetcar lines ("streetcar suburbs") and subway and other heavy rail lines.

I wrote about this a fair amount in terms of Maryland, because I believe that they didn't really understand that just because there is a railroad or transit station station doesn't mean that it possesses great potential for "more urban" development.

-- "For TOD to be successful, necessary antecedents are required, there's no magic wand," 2011
-- "What matters isn't "transit oriented development": what really matters is compact development and integrating transportation and land use," 2011
-- "What the State of Maryland still doesn't get about smart growth," 2011
-- "Bad Montgomery County policy/law initiative #1: removing density bonuses for building around MARC train stations," 2012
-- "Planning for intensity of land use: the question is at what scale are we planning?," 2012
-- "Prince George's County still doesn't get "transit oriented development" and walkable communities: Greenbelt edition," 2012
-- "Department of Duh: Apartments not always successful next to transit stations," 2018 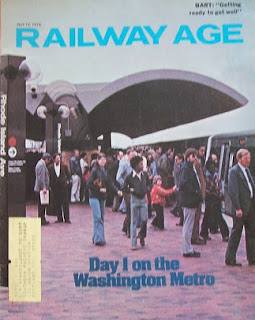 In DC, it took at least another 10 years after that (2006) to see the benefit of Metrorail access on community revitalization outside of the core.

Today, in the core of the city with 31 stations (out of 42 total) virtually all of the areas are economically healthy, when in 1976, most decidedly were not.

Categorizing transit stations in terms of access (and indirectly, the opportunity for development.  Perhaps the best way to think about the opportunity for "transit oriented development" is to consider  how WMATA categorizes its Metrorail stations, as laid out in the Bicycle and Pedestrian Access Improvements Study (2010), in Appendix D.  There are nine categories, based on land use context, from dense/connected/compact to undense/disconnected.

Using this typology, the seven stations identified by GWP all have serious problems in terms of sparking development, all are pretty much in undense, automobile centric locations, most are pretty distant from Baltimore or DC. 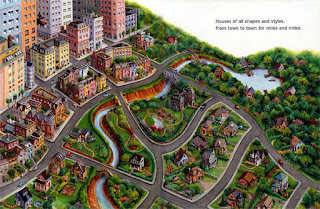 This illustration from The House Book by Keith DuQuette shows the "transect" of land use context from less dense and more spread out (rural and suburban) to highly concentrated (urban). 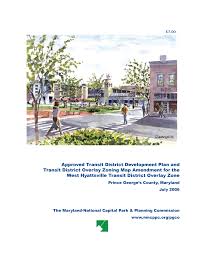 FWIW, the WMATA typology, while complete for their footprint, is incomplete as an overarching typology:

We'd have to add: