Revisiting: a proposal for heritage streetcar service on the National Mall | adding service to the DC waterfront 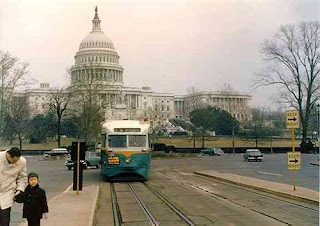 In 2013, as part of a more comprehensive approach to visitor services and visitor transportation in association with DC's place as a major tourist destination in the United States because it is the national capital, I suggested the creation of a heritage streetcar service on the National Mall, with a starting point at Union Station and an ending point at a proposed infill Yellow Line subway station across from the Jefferson Memorial, with service across the Potomac River to Arlington Cemetery and the Iwo Jima Memorial.  But I didn't really think too much about the routing.

-- "A National Mall-focused heritage (replica) streetcar service to serve visitors is a way bigger idea than a parking garage under the Mall"
-- Department of Interior - Visitor Access and Transportation Guide, Volpe Center, USDOT 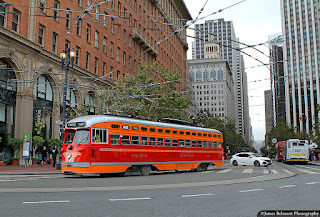 Using heritage cars was suggested as a way to build tourist interest as well as being modeled after San Francisco's Market Street Railway F Line, which runs heritage streetcars of all types, with liveries representing various historic transit lines from across the country which are no longer in operation.

Last time I checked, because of its novelty, the F Street Line had a 200% farebox recovery.

Later, with the re-institution of DC Circulator bus service on the National Mall, I realized that in terms of the National Mall, we think about accessing it from the east, from Union Station and the Capitol, but not so much from the west, in particular Georgetown. 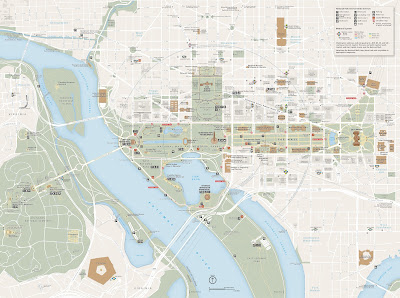 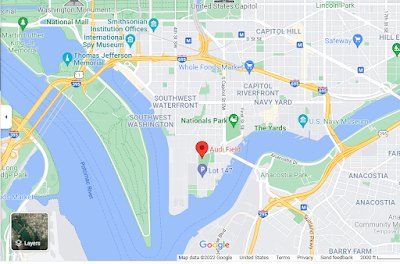 So I expanded the concept with the eastern node at Union Station and a western node in Georgetown, with an intermediate node at the proposed Jefferson Memorial Metrorail Station but again, I didn't get into routing.

Note that the NPS map, surprisingly, shows the route of the DC Circulator service on the Mall (but not for Georgetown). 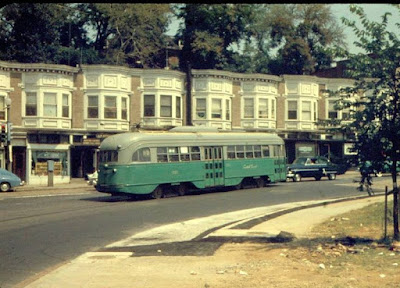 This streetcar crossed the Key Bridge from Rosslyn, and is eastbound on M Street NW

Visitor services and the idea of an under the National Mall parking garage.  Equal to the importance of the addition of transit was the creation of a set of high quality visitor centers, at Union Station, at the National Mall, at the proposed Jefferson Memorial Metrorail Station, and in Georgetown ("Today is World Tourism Day," 2016) as part of a broader  city tourism development and management plan ("National Tourism and Travel Week 2019: DC recap | DC needs a tourism development and management plan," 2019).

And later I realized that the National Park Service ought to create an anchor visitor center of its own covering all of its DMV parks and sites (see item 6, "National Public Lands Day," 2021). 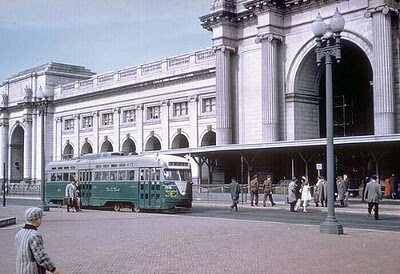 Of course, a heritage streetcar system along the lines of the Market Street Railway is a form of open air museum too, and could be operated in association with the National Capitol Trolley Museum in Montgomery County.

In fact, given the increased severity of weather events in the face of climate change, implementation of this concept is even more imperative ("How and why the D.C. area was deluged by a month’s worth of rain in an hour Monday," 2019, Washington Post).

#DCsBravest have removed several occupants to safety from cars in high water at 15th St and Constitution Ave NW. pic.twitter.com/MKXSMJzsua

Transportation and the Wharf/Washington Channel/Southwest Waterfront.  Will just sent me another article ("Here's What Next at DC's Wharf and Fish Market," NBC4) about transportation issues around the Wharf district, which is a rebuilding of old urban renewal along Maine Avenue SW. 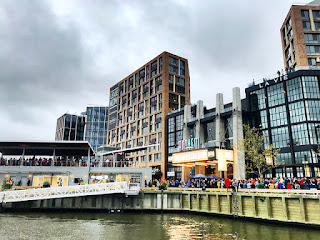 Washington Channel and the Wharf district

The area is near the L'Enfant Plaza and 4th Street SW Metrorail stations and a free bus shuttle travels to the Wharf from the National Mall/L'Enfant Plaza.

A long time ago, when DC had expansive plans for streetcar service, one of the planned lines was a Georgia Avenue/7th Street streetcar terminating at the Washington Channel's Wharf district on the Southwest waterfront--recreating the historic route that had its destination as the "Wharves," docks for steamboats and other ships. 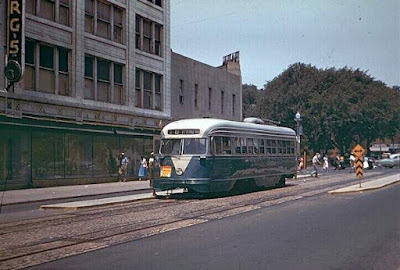 But DC has pretty much given up much interest in streetcar expansion beyond H Street.

But as the NBC4 article discusses, there are many trips to the Wharf district, which will only increase as the second phase opens, and transit connections are somewhat inadequate, and there isn't enough "parking" either, were everyone to drive--and of course from a transportation demand management perspective, we want to discourage driving in the city as it promotes unnecessary congestion.

Adding a Southwest-Southeast Waterfront leg to the heritage streetcar visitor transportation proposal.  Some thoughts about routing:

But with the "debacle of transit" for the Wharf, as well as Buzzards Point, where the soccer stadium is, and potentially even the Washington Nationals baseball stadium and the Navy Yard, wouldn't it make sense to have another streetcar line further south as part of this network, serving those destinations as well?

This section of the NPS National Mall map shows the Jefferson Memorial on the left.
The Wharf district lies on the north side of the Washington Channel.

This section shows Washington Nationals Baseball Stadium
but not Audi Field or Buzzards Point, which is undergoing development also.

The NPS map doesn't specifically delineate the Wharf district or Audi Field, the stadium for the DC United Soccer team, although it does show the Nationals Baseball Stadium.

I am not sure it makes sense to make a streetcar service there subsidiary to a National Mall service, but one that is separate and co-equal as part of a Mall-centric visitor transportation system, linking those attractions to local transit stations (just like how you could have a little streetcar spur between Foggy Bottom Metrorail Station to Kennedy Center to make the latter easier to get to). 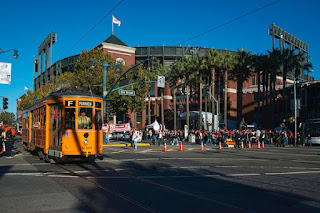 The SF Giants stadium is served by both heritage and modern streetcars. SFMTA photo.
When the Nationals baseball stadium was first proposed, I suggested a straight line streetcar from Union Station to the Stadium, to provide a way to get people to the Orange/Blue/Silver and Red Lines and Union Station more directly ("Baseball World Series in DC #3: Five lessons for transit," 2019).  The problem though is traveling through the US Capitol Campus, and their security issues.
More thought needs to be directed to routing.
Ideally, it would link L'Enfant Plaza, SW Waterfront, Navy Yard and Capitol South stations, in a circle that starts at Union Station and travels part of the National Mall as well.