The backlash against "the creative class" as a revitalization augur 
A text work sited on a billboard in East London during Real Estate, 'The function of public art for regeneration is to sex up the control of the under classes', is a work concerned with the way in which culture-led urban regeneration is advocated within regeneration strategies. Regeneration aims to change the 'mindset' and 'behaviour' (Landry, C., 'The Creative City: A Toolkit for Urban Innovators', London: Earthscan, 2000) of residents, to improve their effectiveness in creating capital and growth in order to reduce what is seen as a dependency on state provision. Whereas the need for change in terms of social justice and parity is necessary, the methods and motivation of these cultural policies, particularly the roles assigned to art and culture within them, need to be examined. This new work is a continuation of a series of text works entitled the Three Functions that discuss the functionality of public art.
------------

Salon has a piece "Hipsters won’t save us: Buzzed-about essays debate the "creative class." Maybe coffee shops and bike shares aren't a real urban policy!," summing up some of the recent pieces around the blogosphere that criticize the "creative class" thesis of urban revitalization, especially in how it is being pushed forward as the "creative placemaking" initiative of the National Endowment of the Arts.

(cf.  a survey of the issue in 2005 London, "Get Real! Art, Regeneration, and Resistance from Mute.)

The reality is that the creative class idea is merely application of Jane Jacobs' writings on innovation and economic development (Cities and the Wealth of Nations, Economy of Cities, the point on a large stock of old buildings being a necessary component of healthy cities as discussed in Death and Life of Great American Cities).  I think that Richard Florida acknowledges this.


I think the real issue, as with anything, is the over-extension of the precepts of the Creative Class idea to any and every situation, and the failure to develop a more nuanced understanding and implementation scheme for revitalization efforts of all types, not just arts- or creative-based endeavors.

Arts-based revitalization is a tool, but like any tool, is just one piece of a total.

It's not hipsters anyway per se that are the augur of revitalization, but the process of redefining and repositioning space that has been disinvested.  But in and of only themselves, the creative class isn't necessarily gonna do it.

>In urban regime theory (it's good for explaining how the Growth Machine works, but not for explaining what it does) the focus is on how to sustain the effort (resources, governing coalition, agenda).

Many of the negative reactions to creative placemaking initiatives, not the createequity piece cited in the Salon article which is superlative, can be "misguided" not because they are wrong, but because for the most part they aren't figuring out what the problem is and why things aren't working. The issue comes down to the difference between arts as production and arts as consumption, and artists/artistic disciplines representing their own interests--and artists, arts organizations, artistic spaces, and capacity building institutions don't always necessarily have the same interests--vis-a-vis the interests of commoditization and monetization of the "surplus value of artistic creation" by real estate interests. 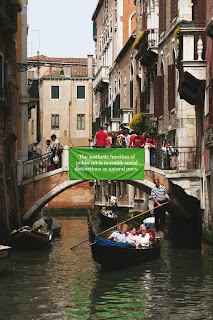 I've written about that in various pieces including this one "Arts, artistic production, and culture districts revisited," which repeats the paper that was the basis of my presentation at the 2009 conference of the Literary Managers and Dramaturgs of the Americas, but the ideas are hardly new or unique to me.

The reality is that the ideas as expressed in that paper are drawn from the work of people like Sharon Zukin, John Montgomery, Ann Markusen et al, and the Creative City Network of Canada, combined with my experiences in commercial district revitalization and cultural heritage promotion here and elsewhere.   (I didn't acknowledge Charles Landry's work, but it's pretty relevant as well.)

But since most practitioners aren't exposed to theory and best practices typically aren't shared that much across jurisdictions, and because everyone wants the silver bullet rather than the hard slog (and who can blame them?), we continue to run in place.

My piece has links to some of the more accessible papers and reports on the issue.  (Pre- the NEA effort.)  But sure, if you don't delve more deeply into the literature and case studies, you're likely to  get flummoxed.

This came up at the recent forum at the National Building Museum on art, space and revitalization. Most of the reason that space is made available to artists at low prices has to do with a lack of a market for alternative uses, so when there are more profitable alternatives, artists get displaced, especially in DC, which has a limited inventory of potential spaces to begin with.