A very early blog post of mine (late in December I passed 10,000 entries, although some are reprints, and others mostly just a photo, but even so it represents a body of work of many millions of words) from February 2005 is "Town-City branding or 'We are all destination managers now'," where I make the point that those of us in commercial district revitalization, urban revitalization, tourism development, cultural planning, economic development, etc., are "brand managers" for our communities.

Later I extended this idea in a couple commercial district revitalization framework plans I did for two small communities, Brunswick, Georgia and Cambridge, Maryland, where I wrote: 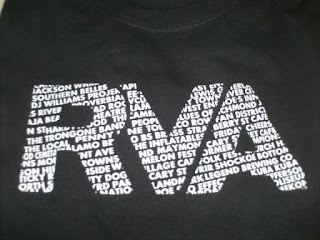 Richmond Virginia probably has one of the best branding frameworks in the country. Years ago I came across a "design identity system book" for Richmond, produced by the art and design program at Virginia Commonwealth University.  See "Can The Old South Rebrand Itself? Richmond Tries, With A Dynamic New Logo," Fast Company, and "Sticking it to Richmond: the origin and future of the RVA sticker," RVANews, although recognize that a "logo" is only one element of a brand. 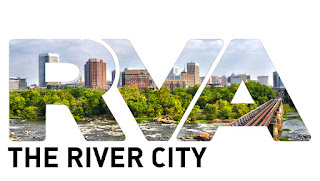 And if you work with campaigns, or sign onto campaigns, it's not unusual for an identity system to be in place, with constraints on how you can use logos and other identification elements.

Were DC to develop the concept of brand management for the city, such a document would have to be produced. (This isn't the Richmond branding guide I found--which is buried somewhere in my files or piles of stuff that need to be filed--but it's comparable.) 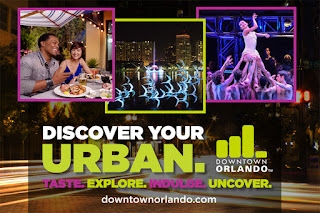 I came across the "Discover Your Urban" campaign from the Downtown Orlando organization and while I think the execution in videos is too wacky for my tastes--featuring players from the town's hockey team, I guess because "snow-related sports" would be the last thing that comes to your mind when thinking about Orlando, Florida--the tagline is super strong as are the print-based materials.

According to Jen Hiatt, the chief designer and Graphics Supervisor for the City of Orlando's Office of Communications when the campaign was originally developed:


This work was done in conjunction with the Downtown Development Board marketing team during my tenure at the City, most notably Kelly Allen, the Downtown Orlando Marketing Coordinator. While I developed the creative concepts and design for the campaign, I cannot take credit for all the hard work invested by others on the concept, tagline, content, advertising/marketing plans, photography and award-winning videography.

What I find very interesting is how as Graphics Supervisor, Ms. Hiatt acted as a "brand manager" for the city within the position and the Office of Communications & Neighborhood Relations. According to Ms. Hiatt's resume:

I find that conceptualization of the "job" as graphics supervisor very interesting.

For all the talk of cities and reformulating how they approach information technology, innovation, and data (e.g., in Boston "Walsh appoints Haverhill native as city's first chief data officer," Boston Globe; "Chief Innovation Officers in State and Local Government," Government Technology), cities need to be reconceptualizing how they think about, implement, and execute their communications program, using the design method and process--managing the city's brand and "brand promise," but through the lens of authenticity, not merely "selling." (Note that no brand manager would ever say that they are focused merely on selling.)

What strikes me about the RVA logotype is how versatile it is in so many different applications.  I am not particularly enamored with the DC Cool campaign, see "I don't get DC's visitor marketing ad campaign at all, for the same reason I don't like the Downtown Orlando videos, because neither the DC ads nor the Orlando ones accurately captures either city's identity and authenticity--and note I came across the Orlando ad on tv, during a rebroadcast of the Citrus Bowl Parade.

It might be just that I am a fuddy-duddy, having written a couple years ago ("Area Tourism Development") about the Pure Michigan campaign and Visit Fairfax video, which I think does a good job of capturing the variety of elements that characterize Fairfax County, although it's not quite so punchy as a 30-second ad.


Still, these campaigns remind me the importance of reiterating a couple of my thoughts about graphic design, the design process, and urban planning, that: 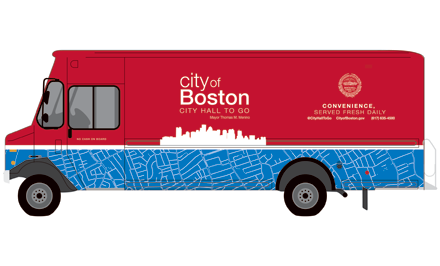 -- Design as city branding: transit edition
-- City (and university) branding: brand deposits; brand withdrawals; brand destruction
-- Georgetown: A subtle but important difference between branding and identity-positioning--- Identity ≠ branding or Authenticity is the basis of identity
-- The taxi livery debacle as a lead in to a broader discussion of the importance of "design" to DC's "brand promise
-- Illustration of government and design thinking: Boston's City Hall to Go truck
-- (DC) Neighborhoods and commercial districts as brands

I have come across a couple of planning firms that use the design method and process in their approach to planning projects, including Arnett Muldrow.

(3) I haven't gotten around to writing about the opportunity for universities in creating "graphic design studios" comparable to the community planning and architecture design studios that typically exist, such as the Nashville Civic Design Center or the Cleveland Urban Design Collaborative program by Kent State University, to work with community programs on communications and design matters.

One example of a program that does that kind of work is Artists for Humanity in Boston, and depending on the term, some of the design studios at MICA in Baltimore.

Lake Eola? It makes me think of Ebola. or E-Coli.