A note on food halls

I've written about the phenomenon of food halls a bunch over the past few years.  Food halls are like public markets in that they are seemingly shared spaces, but (1) they aren't run by cities but by real estate companies, so they are very much for profit opeartions, and (2) they tend to sell prepared foods, not fresh foods.

With the demise of traditional retail, real estate developers looking to keep their properties leased and attractive have seized on food halls as "a product" ("How artisan food halls are transforming malls," JLL Real Views)..

In DC, Union Market is a food hall, and food halls are opening in the suburbs ("DC's 'Top Chef' supersizes it: A preview of Isabella Eatery," WTOP Radio). Events DC has suggested creating a food hall as part of its redevelopment of the RFK campus even though it is less than one mile from DC's Eastern Market and about two miles from Union Market.

Similarly, we need to think in a more nuanced way about the value of food halls, for both patrons and the operators.

While destination restaurants are great for neighborhood commercial districts in terms of generating publicity and buzz, they may not support other revitalization goals.  The same goes for food halls.  If tenancy doesn't work out for a vendor, they could lose tons of money even if the property owner still does well.
Office districts tend to not have a particularly high quality range of food service options.  Think of this in your area.  I know with the DC area, Crystal City, Rosslyn, and the Carlyle District in Northern Virginia, most federal districts across the metropolitan area (e.g., Suitland, L'Enfant Plaza), etc., are quite dull restaurant-wise.

In a time when capital reigns supreme, labor tends to not feel as if it has the leeway to be able to go out for a long lunch.  Maybe people do so every few weeks/once per month.  Otherwise, they are looking for a quick and cheap bite--which is why chains like Panera have been on the rise for awhile.  So for all the talk about "mixed use" and how office supports retail development, the reality is something different.

One of the places where I first noticed the burgeoning food hall movement is in Orange County, California, a large suburban county with 3.1 million residents in Southern California("Your guide to Orange County food halls," Los Angeles Times; "Are There Really Eight? We Check In On OC's Food Halls," OC Weekly; Orange County Could Teach LA a Few Things About Food Halls," EaterLA).

While there are many examples, the food section of the OC Mix, a redeveloped furniture complex, and the Anaheim Packing District adaptation of a former fruit packing building are the ones that stick out.

But these food halls target the shopper looking to shop and or seeking out unique experiences.  They are destinations, and they are focused on night-time and weekend business, which is the time of day when retailers and restaurants make most of their sales.

These are destinations not focused on center city office workers, although they probably get some of that sort of business given their proximity to office districts in Anaheim and Costa Mesa.

OC Mix has a number of high quality vendors, from coffee to food to cakes, complemented by interesting retail. Sadly, the Surfas restaurant supply store that was open to the public closed ("What's happening with Surfas, the great SoCal cooking shop," Los Angeles Times). 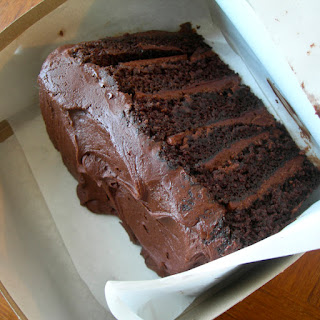 The Packing District is like Union Market in DC, but probably 10 times better in terms of the quality of the food on offer--but by contrast, Union Market creatively uses what would otherwise be crappy parking lots and loading docks for programming and events which constantly attract new audiences.

That being said, the Packing District is plenty programmed, which makes sense given that it is run by one of the nation's most creative retailing operations ("Most Influential 2014: Shaheen Sadeghi led an independent revival in Anaheim," and "Can anti-mall and Packing House developer work his Midas touch," Orange County Register).


The vendors don't all succeed, and yes, there is little fresh food sold separate from prepared meals and items, although some vendors may have little markets as part of their offering, but likely the  average transaction is much higher in what I would call a "destination food hall" versus an "office worker/daytime food hall".

The Mike Isabella operation in one of the nation's largest malls in Tysons in Fairfax Virginia will be more like the destination food halls in Orange County and is more likely to be successful, provided it can overcome its mall location and whether or not it will generate repeat customers seeking out its offerings whether or not they come to shop--over time, even upscale "food courts" (one of the first was in Oakland County Michigan back in the mid-1970s, called Tally Hall) get tired and either get refreshed or shut down in favor of something else.

Recommendations for vendors.  In short, if as a vendor, you're looking at an office worker oriented food hall, be sure your product makes sense as a quick service item.  Focus, maybe sell the best possible corned beef sandwich, or falafel, something really good.  Otherwise, find a location where the demographics are a better fit for what you're trying to do.