I figured out why Opportunity Zones won't amount to much: no planning

I have been struggling with writing about "Opportunity Zones" in the almost two years since the tax credit program was included in the Trump-Ryan-McConnell tax cuts for the wealthy. 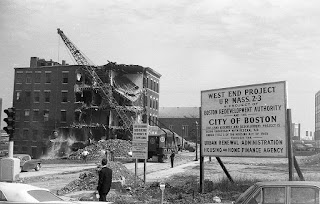 There have been a variety of federal initiatives over the decades to deal with economically distressed areas, from the original Urban Renewal programs dating to the late 1940s and early 1950s, to "Empowerment Zones" to "New Markets Tax Credits", the EB-5 Visa program to attract foreign investment in return for a green card, and now the Opportunity Zones, which in return for a ten year investment, will let rich people avoid paying capital gains taxes.

There are plenty of articles about the program and all the great results it will have, and real estate funds are being created, etc.  And some suggesting negatives ("The Trump administration said these tax breaks would help distressed communities. Who's actually being helped?," Washington Post).

But based on Empowerment Zones and EB-5 especially, my expectations are pretty minimal. 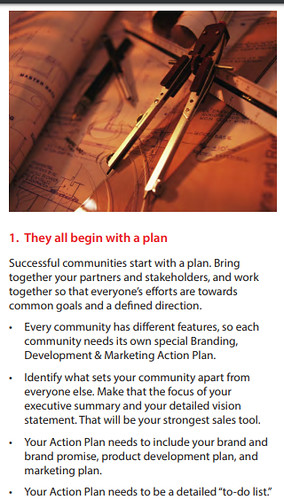 This image is from the presentation "The 20 Ingredients of an Outstanding Destination" by Roger Brooks International.

The biggest reason is that the interest is being driven by the investors and real estate funds and consultants, not the communities.

The program was designed to help investors first, communities second.

A current discussion about this on the pro-urb e-list helped me zero in on why I expect the program to end up not accomplishing all that much.

Besides being involved in the creation of a revitalization plan for the H Street NE neighborhood in 2002-2003, and the development of two Main Street commercial district revitalization programs in DC, reading the HHyattsville Community Legacy Revitalization Plan around that time, which had an appendix of action items, which was then pretty new for planning documents created in the DC area, really helped me learn about the importance of planning.  (The Hyattsville Plan was updated in 2010.) 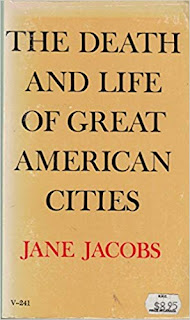 Of course, Jane Jacobs' writings about the flaws in urban renewal programs culminated in Death and Life of Great American Cities was another influence as were Cities Back from the Edge and Changing Places, more books and other resource documents from plans and manuals to journal articles.

Here's what I wrote on the listserv:


I haven't been able to get a planning job in DC because of my odd resume, lack of a planning degree (I will finally take the AICP exam) and mostly because it seems like planning agencies have been reshaped to "always be positive."

Anyway, speaking of the importance of planning, another line I have is that an RFP isn't a plan.

Rather than expect respondents to plan for you, especially when it comes to public good outcomes, it's better to set priorities with a master plan (at whatever scale) and then issue the RFP. (DC too frequently releases RFPs without plans already in place.)

So to better direct funds and to achieve positive outcomes for the community, rather than just to avoid taxes on capital gains, the Opportunity Zone program should require revitalization plans be set for each zone.

Granted, given my concerns about the problems in planning and how scopes too often are constrained to eliminate creativity, I'm not saying having plans in place would necessarily fix the problems with the Opportunity Zone program, but it would likely make a difference.

FWIW, a few years ago I was commissioned to write a series of articles about culture based revitalization in 7 cities in Europe, and based on what I learned about revitalization initiatives in Bilbao, Dublin, and Liverpool, I came up with six elements of " best practice revitalization:

I have appended those points at the end of the entry. Since those c. 2013-2014 writings, I have extended this framework into what I now call "transformational projects action planning."

The basic idea is that a master plan should include a set of big, hairy audacious projects (like "big hairy audacious goals") to spur revitalization and community improvement in a substantive way.

TPAPs should be implemented at multiple scales:

(1) city/county wide as part of a master plan;
(2) within functional elements of a master plan such as transportation, housing, or economic development; and
(3) within a specific project (e.g., how do we make this particular library or transit station or park or neighborhood "great"?). 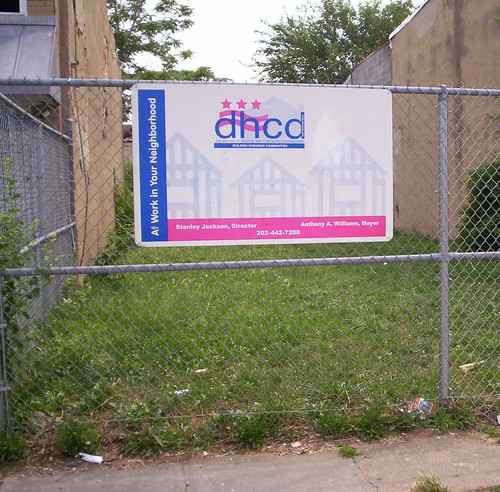 Patrick McKenna, an investor in Baltimore tech companies and a co-founder of an OZ fund, told me that investment will likely go to communities where at least some redevelopment is already underway. “This incentive isn’t going to create growth, but it can catalyze the organic growth into a sustainable ecosystem,” McKenna said. “You don’t win at three-year, or five-year [investment]. You need the ecosystem to be sustainable and to get enough critical mass so that what you’re investing in will be successful on its own and attract other [investment].”

proposed change to CRA for banks.