Why not elect DC's representatives to the WMATA transit agency board? 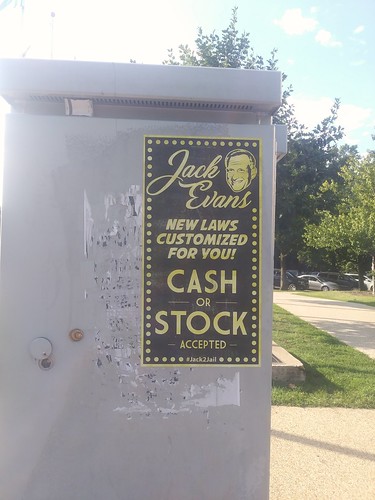 The Washington Post editorializes ("Don’t fill Jack Evans’ vacant Metro board seat with another council member") that the replacement on the WMATA board for Jack Evans, the DC Councilmember who has been implicated in various unethical actions representing businesses without disclosure, shouldn't necessarily be a DC councilmember, but someone skilled in transit issues.  From the article:


NO SOONER had D.C. Council member Jack Evans (D-Ward 2) resigned from the Metro board than some of his colleagues started lobbying to succeed him. But the fact that an elected member of the council has traditionally served on the board doesn’t mean that’s the way it must be.

Indeed, we hope that Council Chairman Phil Mendelson (D) doesn’t limit his search for a replacement to council members, but instead carefully considers what kind of qualifications and experience will best serve the interests of the transit agency and those who depend upon it. …

The Metro board consists of eight principal members, two each from the District, Virginia, Maryland and the federal government. Each jurisdiction determines how it will appoint its representatives, and practices vary.

Maryland, for example, prohibits anyone holding elected office (federal, state or county) from serving, and its required qualifications are written into law. These include experience in transportation, land-use planning, public safety, law, homeland security or engineering. Members also must be regular users of the agency’s bus or rail services. Maryland’s most recent member is state Transportation Secretary Pete K. Rahn.

The District, like Maryland and Virginia, has a substantial financial investment in Metro and rightly wants its interests represented. Surely, though, it can find someone who would also bring relevant experience and added value to the board. ...

It has always been interesting to me that DC's past representatives in positions of authority on the Metropolitan Washington Council of Governments and the WMATA board don't seem to step up and become more knowledgeable on matters of urbanism and urban transportation.

I always was impressed with how former Arlington County Board member Chris Zimmerman wasn't just great on transit and urbanism himself, he brought along the rest of his colleagues, so that all of them were committed to praxis when it came to matters of transportation and urbanism.  Equally, all were great presenters on those topics too.

That never comes across on the part of DC officials, at least to me.

So I can see the argument for a primary representative on the WMATA board representing DC who is totally committed to public transit and urbanism.

I think there are other examples of popularly elected transit agency board members, but none others for agencies as large as BART.

The counties that participate in BART have a property tax and maybe sales taxes that support the system, but as a government agency, with taxing and bonding authority of its own, the directors control the funding stream separate from the underlying jurisdictions, unlike how the WMATA system is set up where each of the three "state" jurisdictions provide funds, some based on formulas (how many stations, how much bus service) and some variable.

The justification for appointing at least one councilmember to the WMATA board to represent DC is that DC pays a significant amount of money each year towards the system, an amount that is variable year-by-year, and it makes sense to have a direct connection on the board to the appropriators.

But given that DC clamors to be a state, as I have argued in many other instances, if you want to prove you're deserving, and you believe in democracy, when democracy isn't working, add more democracy rather than reduce it.

1. That would mean switching the DC members of the WMATA Board to popular elections. One position could be up in each election cycle, serving four year terms.

2. DC could create a transportation commission. Like Arlington, Tempe, and others. And the elected WMAtA board members could be ex-officio members.

3.  They would have to be treated seriously by DC Government as elected positions, allocated office space, resources, and support to be proper representatives, and with participation rights in Executive Branch and Legislative Branch deliberations on transit matters.