What about solar panel shingles as a solution for historic houses and historic districts? Tesla's new option is transformational -- more attractive, more efficient 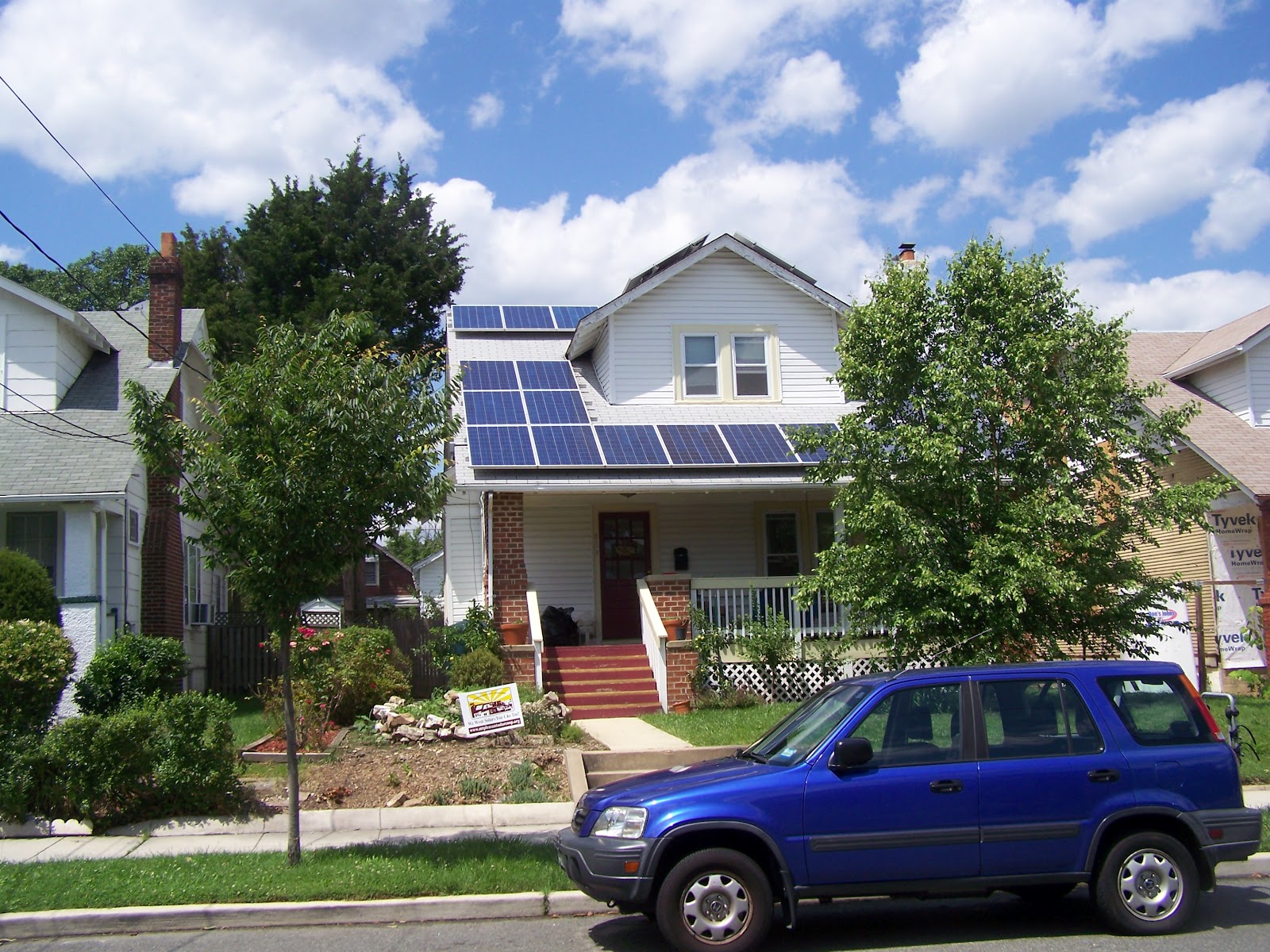 This bungalow on Van Buren Street NW has solar panels on the front of the house, but I think it lies outside of the Takoma Historic District.

I've written a number of posts over the years about the issue of solar panels and the diminishment of architectural character when such panels are placed on the front-facing pitched roofs of historic houses.

As mentioned in a previous entry, this has come up recently with "controversy" stirred up by the Greater Greater Washington blog about pretty egregious looking solar panels on a house in the Takoma district of DC ("DC will now allow solar panels in historic districts! (Mostly").

On the right is the original proposal.  On the left is what was approved in a compromise, by enclosing the panels in a sleeve.  It's still pretty bad, imo anyway.

In keeping with the legal rostrum that "hard cases make bad law," the fact is that most houses in DC historic districts have flat roofs so negative design impacts are rarely an issue, and the proposal was pretty butt ugly, which the various reporting and opinion pieces refused to acknowledge ("When Historic Preservation Hurts Cities," New York Times).

Granted, it was climate change activists that were opposed to the original decision, arguing that design integrity matters less given the state of the climate change problem ("When saving the planet spoils the charm of historic houses," Washington Post).

Even the director of DC's Department of the Environment and Energy criticized the original decision.

This is disappointing because there is a simple solution, one that the DC government could spur through design and other technical and financial assistance.

For years, I've been holding out for solar shingles. 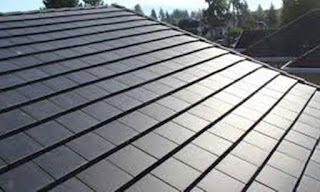 The technology has been around for awhile but was costly and not as efficient.

And Tesla's solar tiles have been in production since 2018, long before the October 2019 Historic Preservation Review Board that got the bloggers and ANC Commissioners all worked up. 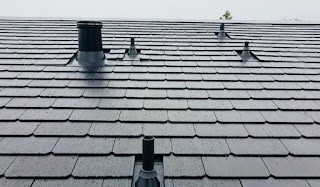 They aren't cheap. But presumably the cost will decline over time.

And they have a 98% efficiency rating, which makes them more cost effective compared to traditional solar panels, which range in efficiency from 14% to 23%.

According to the Tesla, the cost of solar tiles is $1.99 per watt generated, which is less than the $2.99 per watt cost of traditional panel-based systems ("Tesla Solar Roof: Elon Musk’s solar roof tiles complete review (V3)," EnergySage).

So the question should be moot.

Design quality doesn't need to be sacrificed on the altar of climate change activism.  Just use solar tiles. 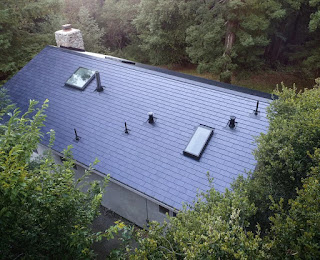 Instead of criticizing HPRB, I wish that the director of DC DOEE would have facilitated a special demonstration project by Tesla, involving the Historic Preservation Office of the Office of Planning and the Department of Environment and Energy.

(Because of the high efficiency, Tesla recommends that only 30% to 40% of the total number of roof tiles be solar, with the others non-solar.  Tax credits only cover the solar-based tiles.)

What is the source for that 98 percent efficiency rating? Seems like complete BS.

Tesla, so yep, take it with a grain of salt. But some of the cited trade publications and sites are pretty reputable.

And because of the high efficiency, they don't install a 100% coverage.

And the one case I read about seemed to generate signficantly more watts than typical panels.

In any case, it'd be great to do a pilot example.

I'm dubious. Isn't the NY factory the one Musk just promised that would make ventilators?

Targeting the roof replacement market rather just the solar panel market would be a smart move.

The claim is just unbelievable. As in: it literally cannot be believed.

Sorry, but no. Either something is lost in translation here, or someone is lying.

Tiles less efficient, you can install more of them on the roof and thus generate 97% of the home's electric needs (with a large Tesla battery attached for the night).


Fun with numbers. I'd hate to suggest here electric cars are a scam. Or commercial rocketry.

Good to include general shingle replacement. But it's not that much. About $7000 for a whole house, at least for ours, which is about 900 s.f. on the main footprint (small outcrop of a back room extending outward, another 90 s.f.).

But these would probably last for a lot longer. I think the useful life is 25 years for a typical shingled roof. (Slate or clay tiles much longer.)

====
I think charlie's probably right. The efficiency of a tile isn't 93%, but the density of the tiles is greater, and the efficiency may be better, so overall you get more output.

But again, it would be great to do a demonstration in DC and test it, track the results very carefully.

... and then, solar Hardie board... The western elevation of our house gets killer sun.

A bit off topic but on point:


(sorry, running out of gift credits this month on the FT)

The stuff I was reading indicated that the Tesla tiles were much less efficient on an apples to apples basis - something like 4% efficient compared to 15-18% averages for standard solar panels.

Maybe that's an acceptable trade-off, maybe not. Perhaps the tiles allow for covering more area (but that would also increase costs).

It's a promising technology, but it's certainly not a slam dunk by any means.

That would be a great area where "the government" could help to fund research and application.

(Been re-reading articles about _The Fifth Risk_ which discusses among other things, the DOE ARPA-E program. Solyndra failed, but many other project investments did quite well.)

=====
charlie -- wrt the FT, if there is an article past your credit period, please just include the headline, and I might be able to track it down. I can't remember if FT is in Newsbank. It might be in a library proquest I have access to.

Thanks in any case for thinking of me with all your cites!

Great content! Do you have any tips on writing? btw, I know of a roofing company if you are interested in roofing washington. Please get in touch! Thanks, have a good day.