Harry Jaffe has a column in the Examiner today, "No more D.C. tax breaks for developers," railing against incentives provided to developers and major corporations, because they are all rich! I wish the issue was so simple.
It's a pretty juvenile and unconsidered piece.
I used to have a similar kind of anti-tax break visceral response on this kind of stuff, until I heard a particularly good presentation in 2003 by Robert Gibbs (one of the nation's leading retail consultants, who got his start working with Alfred Taubman -- see "The Terrazo Jungle" by Malcolm Gladwell from the New Yorker to learn about Victor Gruen, Alfred Taubman and the art and science of retail) about retailing, retailer incentives, and why they seek incentives to begin with.

It made me realize that I was looking at the issue globally -- e.g., "Marriott is rich" -- rather than on the basis of specific projects, and in terms of DC and individual commercial districts and their respective positions in what I now call the regional retail landscape.
For example, convention hotels don't make that much money but are essential for landing large conferences. Compared to traditional hotels, conference hotels have to have lots of exhibit space, which can be costly and less profitable to maintain. It doesn't matter how much money Marriott makes overall as a corporation because from a development perspective each project has to stand on its own. (There's actually a nice article in a recent issue of Businessweek about hotel economics.) Note also that Marriott actually makes most of its money from licensing and management fees. They own few hotels.
With regard to supermarkets and retailers such as department stores (or big destination retailers like Bass Pro Shops), they expect tax breaks (and lower rents) because they serve as anchors in commercial districts, and they spend money, usually weekly, on print and broadcast advertising, and this advertising draws customers to commercial districts, and the people in turn shop in other stores--and these stores don't pay anything to the supermarkets/department stores, helping them to defray the cost of advertising. 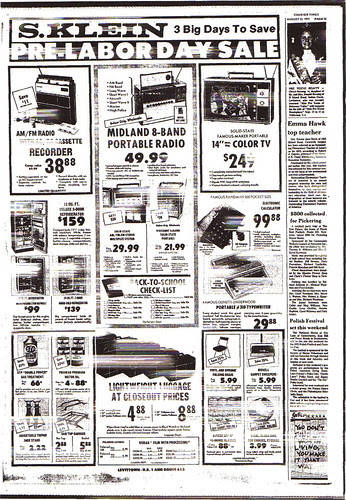 In traditional shopping malls, it is not unusual for the department store to actually own their building, which costs the developer money in opportunity costs, but in turn the developer is able to and does charge more money for rent to the other tenants to make up for the "loss" on the anchors. The other retailers know that the anchors draw in customers that they sell to also. This is what happens with supermarkets in strip shopping centers too. They pay less rent, but the other tenants pay more and the developer makes more money overall.

The reason you have the incentives in the urban setting is twofold.
1. The retailers want some compensation for their advertising costs, because their advertising helps other businesses.
2. In the urban setting, when property ownership in a commercial district is divvied up among many other owners, individual property owners can't recover the cost of lower rents by charging other tenants more money, because they don't control those other properties.

I also realized that the issue is relative. For example, those of us in the city might question giving developers in Friendship Heights or Georgetown tax breaks, because compared to other commercial districts in the city, they are far more successful.
But the issue really is the fact that Georgetown or Friendship Heights compete regionally against other commercial districts and shopping centers (Tysons Corner, Montgomery Mall, Rockville Pike-White Flint, Reston, etc.). The fact that they are more successful than Takoma or Brookland is irrelevant, plus again we have to look at each proposal in terms of its specific project nature anyway.
In short, I am fine with providing department stores like Nordstroms tax incentives to open stores in DC. Such helps DC commercial districts compete regionally.
But we need to have a standard method for doing it. We don't really have one. Just the case by case free for all mostly initiated by developer requests submitted to individual DC City Councilmembers.
E.g., Trader Joe's required an incentive payment over $1 million to locate in Foggy Bottom. But DC Government didn't pay it. The Foggy Bottom Association, which received a community benefits payment in return for agreeing to extinguish a development-limiting easement on the old Columbia Hospital for Woman, paid for it, out of monies they received.
Similarly, Home Depot got incentives to locate in Brentwood. And all supermarkets have access to incentives and tax abatements to locate stores within DC.
But the key is to closely examine each project and see if the benefit received is worth it, and that benefits to one developer don't disproportionately come at the expense of other projects and other DC priorities. E.g., one problem with the chaos that we call a system now, is that the better connected developers will get benefits that may help their projects in ways that hurt other commercial districts (e.g., NoMA vs. H Street NE).
Having an open and transparent process for the consideration of tax breaks would make the system work better for the city.
I wish that is what Harry Jaffe would have written about.