Identity, public diplomacy, and war: specifically the morass in Afghanistan and the impact on US image 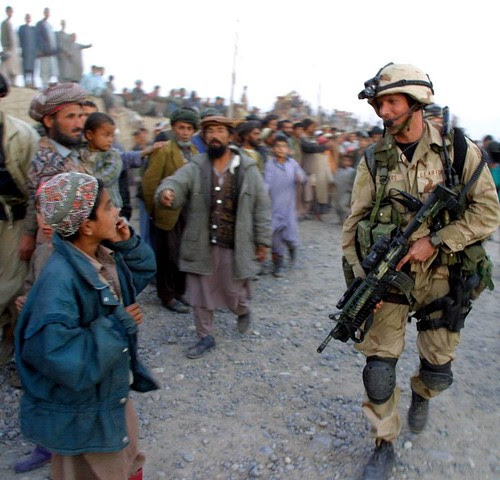 It's not ostensibly relevant for this blog to discuss the recent tragic, horrible event in Afghanistan, where a U.S. soldier went off into the stealth of the night and murdered 18 Afghan civilians while they were sleeping.
What happened in Afghanistan is devastating vis-a-vis the U.S. position in global society, particularly in Islamic nations.
The reality is that nation-branding (e.g., Simon Anholt's book Brand America, and the op-ed from the Boston Globe, "Re-branding America") and "public diplomacy" aren't different, except to a degree, from regional and local identity and branding systems development.
After all, there is the Association for Place Branding & Public Diplomacy, the Place Branding and Public Diplomacy Journal, blogs such as this one, Place Management and Branding, from Germany, etc. I have had links to these kinds of resources in the right sidebar for years, and I reference these materials from time to time.
I have always thought in the era of military civil action programs since the 1960s, that we need to think of soldiers not just as killing machines, but as ambassadors. Obviously, that's a boundary spanning dilemma that is practically incalculable.
But if you are going to go to war (it really isn't germane to the stated purpose of this blog to discuss that) you need people on the ground in places like Iraq and Afghanistan that function more like anthropologists, not killing machines. They need to be able to interpret, understand, make connections, and generalize--not just kill.
Similarly, although the comparison is seemingly mundane given the stakes, communities need to do a better job training the "first line" of people who represent it to visitors--workers in public transportation including taxi drivers, and hotels and restaurants, at sites open to the public, in places where people are likely to ask questions and seek advice, etc.
I wrote in the COMMERCIAL DISTRICT REVITALIZATION FRAMEWORK PLAN FOR DOWNTOWN CAMBRIDGE, MARYLAND that elected officials need to take their responsibilities as stewards and managers of a community's image very seriously:
Just as the study team believes that “we are all destination managers now,” elected and appointed officials in particular and in association with other community stakeholders serve as a community’s “brand managers”—whether or not they choose to think of their roles in this manner.

The materials that the community uses to communicate (print media advertising, brochures, websites, radio and television commercials, billboards, public relations placements, press releases, etc.) also must be consistent with the vision and positioning of the community’s branding program.

The same goes for US politicians and leaders--they manage the brand and identity of the United States of America, and the decisions they make should have this foremost in their minds, as every decision that they make in favor of a special interest or ideology can diminish the reputation and success of the country, and in the case of wars in Iraq and Afghanistan (and frankly, maintaining access to oil for gasoline from the Mideast which is where all this started, and is relevant to the blog) and seemingly simple decisions may have devastating consequences that all Americans should find extremely troubling. 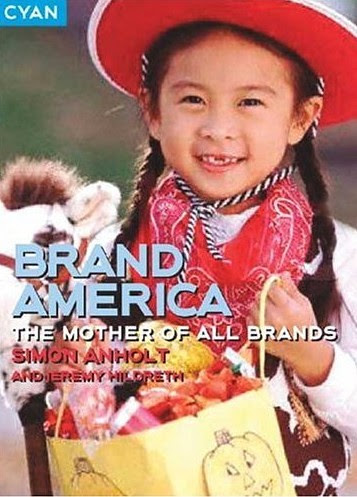