Because there is a retrospective of the work of modernist landscape designer Ricardo Burle Marx at the Jewish Museum in NYC, there has been a lot of coverage of the exhibit in the national arts press.

Most of the articles included a photograph of his signature public space work, the tiled sidewalks of Avenida Atlântica along Copacabana Beach in Rio de Janeiro in Brazil, dating to 1970. 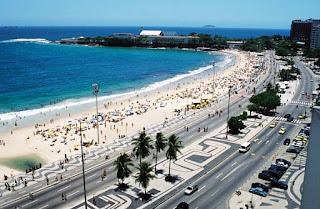 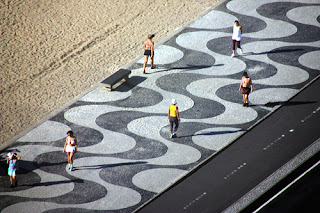 In 1988, he was commissioned to do a similar treatment for Biscayne Boulevard in Miami ("Brazilian Burle Marx Celebrated in Miami for his Streetscape Design," Passport Miami). 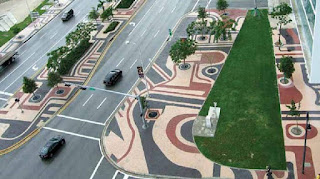 Talk about an incredible example of "transportation infrastructure as an element of civic architecture."

I don't know much about the history of using tile and decorative treatments in sidewalks and plazas in Brazil, but it derives from similar treatments in Portugal called Calçada Portuguesa (Portuguese Pavement Art), which according to the humanscaled blog, dates to 1842. 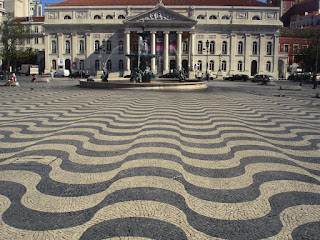 I was just in Miami in April and got to see the Biscayne Boulevard sidewalks for the first time. It is a really gorgeous space, and one that other communities should use as an example.

did you take some good photos?