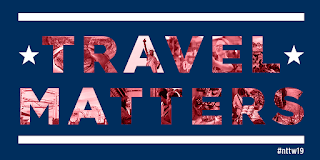 May 5-11 was National Tourism and Travel Week with the theme "Travel Matters," and I wrote a bunch of pieces on the topic.

"(US) National Travel and Tourism Week, 2019: May 5th-11th " was an overarching piece while these pieces focused specifically on Washington DC.

While my pieces definitely argue that DC proper could do a lot better in tourism development, management and marketing, ironically, last Thursday ("Record 21.9 million domestic tourists visited DC last year") the Washington Post reported that DC tourism experienced a record year in 2018, although the government shutdown was not an auspicious kickoff to 2019 ("DC hotels survive off-peak shutdown," WTOP-radio).

Of course, DC tourism does well, even with a nativist Executive Branch, because it is a key place for telling the national story of the United States, is home to high quality (but for the most part, not necessarily world class) federal museums, etc., and this is important to both domestic and international visitor markets.

The questions few people seem to be asking are around how good a job is DC doing in developing tourism as an element of the city's economic development programming and are there gaps that can and should be addressed within the offer?

The collective point of these entries is that DC needs a comprehensive Tourism Development, Management, and Marketing Plan.

I first made this point in 2005, in the blog entry, "We are all destination managers now." The basic point is that if we make places great "for us," they are attractive to others.

Having tourism discussed as part of the Economic Development Element of the Comprehensive Plan isn't enough. Although the National Capital Planning Commission, which is responsible for the Federal Elements of the DC Comprehensive Plan does have a Visitors and Commemoration Element.

It happens I've suggested a sub-city plan for Capitol Hill for at least 8 years, but the elected officials I talked to about this never really seem to grasp the point.

Tourism development plans. The first city tourism plan I ever came across was for Charleston, SC although the first iteration focused almost exclusively on transportation demand management. The second Charleston plan was comprehensive but had some recommendations that were justifiably criticized, such as its recommendations for accommodating cruise ships.

Many people argue about the touristification and overtourism within the city. In fact, last Wednesday's New York Times Food section had a great piece about this concerning the restaurant sector ("As Mainstays Depart, Charleston Asks Where Its Restaurant Scene Is Going") in Charleston, South Carolina.

But that's something plans can and should address.

Tourism development planning.  Most states and provinces in North America do quite a good job at tourism development, sponsor annual conferences, technical workshops, distribute technical assistance publications, etc. and that includes area states like Maryland, Virginia, and Pennsylvania.  Many cities do this also.  But DC is a laggard.

The right sidebar heading "Tourism Resources -- General" lists a number of such resources.  Although the list is likely in need of updating, and it's hardly comprehensive.

Kathy Smith's Capital Assets: A Report on the Tourist Potential of Neighborhood Heritage and Culture Sites in Washington, D.C. is a great starting point for assessing opportunities within DC, although as discussed in the series of entries, there are plenty of other gaps in the offer that need to be address beyond asset development.

For me, the point would be to have a standalone city-wide plan, not just a section in the Economic Development Element of the Comprehensive Plan.

It should also include sub-plans for specific areas of the city, such as Capitol Hill, Georgetown, and the "Trail Towns" along the Anacostia River.

And a recognition that how the tourism tax revenue stream is utilized needs to be broadened beyond the Convention Center and related assets, including direct support for destination development and marketing sub-districts of the city. 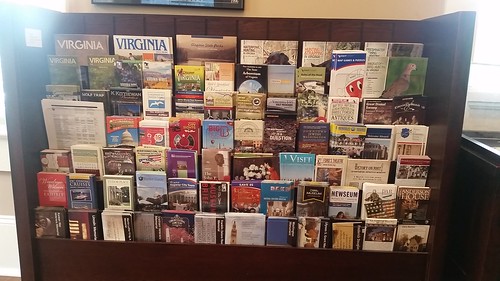 
Cultural heritage tourism.  The kind of work that Kathy Smith did falls under the rubric of "heritage tourism."  The National Trust for Historic Preservation used to have a unit doing this kind of work and like with Main Street commercial district revitalization, they would help communities interested in pursuing this by pulling together a resource team to come to the city and produce an assessment and opportunity plan. 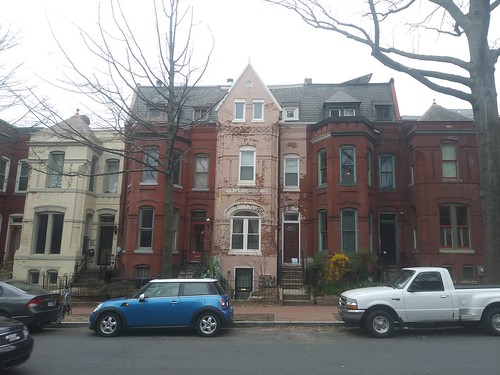 DC's rowhouse neighborhoods are a distinctive element of the city's architecture and uniqueness.

While tourists seeking out cultural sites and experiences generally "spend more and stay longer" the reality is that DC is in the odd position of being consumed almost exclusively for its place in the telling of the national story.  So the city needs to work doubly hard to promote the local experience as complementary to and a line extension of the national narrative.

I argue that DC doesn't need to be a formally designated heritage area to manage itself like one.