"Nimbyism," urban design, advocacy, and the rule of law in zoning 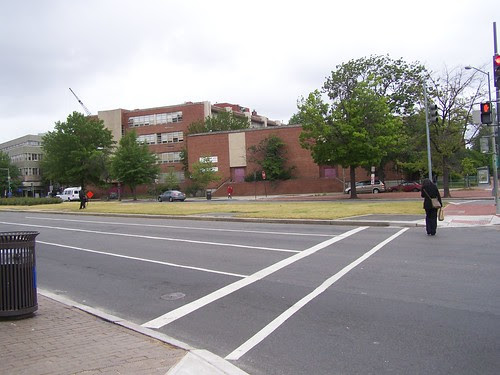 There is a yard sign campaign in the neighborhood around 8th Street and Pennsylvania Avenue SE focused on getting the Ward 6 Councilmember, Tommy Wells, to use his "influence" to get the Zoning Commission to "rightsize" or make a little bit smaller, the new development coming to the Hine School site there.

The campaign raises some tough issues.  Just like how I argued the other day that we need to have more micro-level neighborhood-weighted policies rather than citywide policies as they relate to the sales of alcoholic beverages for later hours or on Sundays--I am not against either, but would argue that not every piece of property zoned commercial is necessarily appropriate for such changes based on the state of the neighborhood--the same goes with building height. 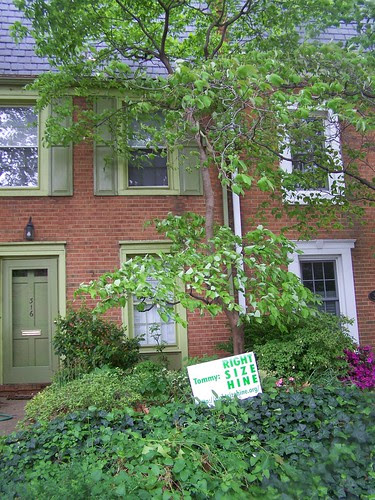 Years ago (2003) I wrote a testimony to the DC Dept. of Housing and Community Development which included an extended discussion from the standpoint of urban design of how key intersections--I was referring to 8th and H Street NE specifically, where the Department was funding a one story building--were the right places in commercial districts to have taller buildings, and that city policy should be focused on putting the right sized buildings in the right places.

8th Street and Pennsylvania Avenue SE is such a place because it is a transit crossroads--two of the city's busiest buslines cross here, plus there is blue and orange line subway service at Eastern Market Metro, plus there is the 8th Street SE commercial district, and Eastern Market on 7th Street, along with some retail along the 600 block of Pennsylvania Ave. -- which doesn't work as well because in the L'Enfant design the 600 block in the eastern quadrants is a double-length block, which impinges on the experiential qualities of walkability, although it hasn't been helped by the faulty urban design within newer buildings developed over the past 20+ years.

The arguments on the Rightsize Hine website don't address the urban design and other aspects of the project as much as they make an argument that the size of the development is "too big for a historic district."

I don't think that's an argument.  There are plenty of buildings in historic districts built in part out of old factories, and those sites are considerably larger than the Hine site.  And technically, the redevelopment of the old streetcar barn on the 1400 block of East Capitol Street NE--although technically that site is just a few feet outside of the boundaries of the Capitol Hill historic district--is comparably sized.

So I find the pseudo-argument troubling, but I also find troubling that they are pressuring the Councilmember to extranormally influence the zoning approval process, which is a legal process with rules and processes (and the ability to appeal).

Many cities and counties have land development processes which allow for extraordinary participation by elected officials, and not infrequently, it leads to corruption, such as recent events in Prince George's County, how "Aldermanic privilege" in Chicago means that each Alderman is extraordinarily involved in projects in his/her ward, and that many of the resulting projects "suck" as a result, or the process that Prince George's County is going through to get a casino to National Harbor, which involves the extraordinary interest of the President of the Maryland State Senate.

Extraordinary involvement can be good or bad, but in development matters, it tends to be more likely to be "bad."  And it sets up the stage for unrealizable and mismatched expectations, because a Councilmember isn't supposed to have the authority-suasion power to be "above the law" and in a democracy, it's troubling that citizens are advocating for such.

Richard - My lawyer is in the process of filing the paperwork to form an exploratory committee in preparation for a potential run for city council. I'd like to talk to you about your blog. Can you email me at Dave@VoteDave4DC.com?