How DC deals with nuisance and unsafe property inspections is in the news because of two deaths resulting from a fire at an illegal rooming house.

It turns out that months before, after responding to a call, a police officer informed the city's building department of the likely illegality but for various reasons the property was not inspected, because the person assigned to do an inspection couldn't get in, and after the third attempt, instead of seeking a warrant to demand entry, he "closed" the case.

But the case was closed because he wasn't able to take action. Not because it was "resolved." In fact, the matter remained unresolved.

-- "'A failing of the systems': In rowhouse fire, D.C. missed many chances to save lives," Washington Post

I have written from time to time about this generally, in terms of 311 responses by "the city," performed after I have made calls (or website entries) about problems I've come across, inclding stolen and abandoned cars, broken water pipes, dead animals, broken tree branches, and a loose board on the bike gutter at the foot of the Metropolitan Branch Trail that still hasn't been fixed. (I reported that and something else while scheduling a bulk pickup, which is easier to do on the phone, than online.)

A big problem for a long time is that you get an email notice of "closed" but with no information about what happened.  I wrote about it at some point.

A few years later, after receiving notice with more explanation, I waxed about the change ("Improvements in 311 response: still has a ways to go," 2018) but a commenter made the point that cases are often closed because for whatever reason, the person sent out to check can't find the problem, or because the system still isn't set up super well to deal with certain places, such as on bridges.

(This came up with a call I'd made about a dead animal on the street. The person assigned couldn't find it, so he knocked on our door. It turns out that it had been pushed out of the travel lane into the gutter. So clearly, not every person assigned to a matter may exhibit perserverence and a willingness to investigate a bit.)

The new process devised by the city to deal with such reports by police officers -- immediately notify a particular supervisor who will then liase with the building department is flawed because it still relies on individuals.

What should happen is that the 311 system of problem reporting be extended to include these kinds of notifications of problems.

The 311 system does not include an option for reporting a potentially illegal rooming house.

In 2017, I was somewhat dismissive about the city's touting its use of a grant to fund a center on innovation in public services on "form redesign."

It's important, but I realize what would have been more important is a focus on investigating and improving "processes" and how "forms" are the fulcrum that you can use to work and improve the process.

For example, dealing with renting out our house legally, that is filing for a business license, finding out what items are necessary to be included in a single family house for health and safety reasons, getting those tasks acoomplished, but also dealing with the various other necessary processes (exemption from rent control, providing certain documents to the tenants to be signed, providing the right forms to the right city agency afterward, is very complicated, often with conflicting information.

Actually, DCRA which has been criticized for the failure to deal with the house that burned, was pretty helpful to us. I went down to the inspection office and met with someone who went over the checklist with me, answered my questions, etc. Unfortunately for us, you have to do certain things when you're renting that you wouldn't have to do if the property is owner occupied (e.g., balustrade around attic stairway, storm windows on all windows for habitable spaces, even the basement) which cost us a few thousand dollars extra that we hadn't counted on.

But because we had that consultation, we knew what we had to do. And because we did everything that the form asked for, even more (extra fire extinguishers) we had no problem with the actual inspection was performed.

But then dealing with filing papers about the exception from rent control, with a different city agency, we got conflicting information, were given forms that one person said we didn't need to file, and another person never mentioned the necessity of particular forms, etc.

Clearly there's a need there for "process improvement" in many areas of activity provided by government agencies, and this is hardly a problem unique to DC.

1.  More information should be provided to the reportee about the disposition of a matter reported to the city.

2.  The city should change the language marking performance of service calls from "CLOSED" to either "RESOLVED" or "UNRESOLVED."

3.  A process should be developed to further investigate and address matters that remain unresolved in normal response processes.

4.  Evaluate workflow processes on an ongoing basis, changing them as necessary, with the aim of continuous process improvement.

*  This reminds me of an incident in Seattle where a bicyclist died because there wasn't warning signage about upcoming stairs ("
City warned of stair hazard before bicyclist died," Seattle Post-Intelligencer).

It had been reported, but to an individual's voicemail box, not to a general 311-type system.  It's better to rely on systemic processes that capture reports of service outages, problems, and failures, rather than calling individuals -- yes it can work when you reach them, but not if you can't. 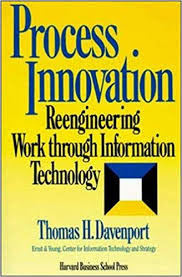 From a business literature standpoint, the book by Thomas Davenport, Process Innovation: Reengineering Work Through Information Technologyhas been very influential on my thinking.

And Jakob Nielson's writings on "usability."

But I haven't really read much on UX or "user experience."

Clearly these kinds of approaches need to be adopted by local governments concerning workflow processes and the way they organize their work and generate preferred outcomes.

And not just by people who work in IT.

A debt of gratitude is in order for your glorious posting! I very delighted in understanding it.click it...: https://www.dosepharmacy.com