A Wall Street Journal article ("Chicago Casino Would Be a Costly Bet, Gambling Operators Say") on the process of creating a casino in Chicago, as well as recent coverage in the Baltimore Sun ("Developers hope South Baltimore entertainment district could spur tourism, casino after coronavirus pandemic") about the city's desires to create an "entertainment district" anchored by the Horseshoe Casino makes it important to distinguish the characteristics behind "gaming" as a sustainable economic development strategy.

The four-block, mostly industrial stretch, known as the Warner Street corridor, could draw hundreds of thousands of visitors annually, officials said. It also might re-energize the casino, where revenue is off by about a third since 2016, amid slowing business and in the wake of the pandemic.

Plans for the district include a 4,000-seat concert hall called The Paramount and the addition of a Topgolf driving range. At the same time, a new, outdoor iteration of Hammerjacks, the storied Baltimore nightclub and concert hall, will open nearby as a tailgating and events venue as early as this fall.

The entertainment district may feature additional retail and dining options and a hotel once completed, those affiliated with the project said.

According to the WSJ, Chicago leaders want to capture monies spent at casinos in Indiana and elsewhere in Illinois, and would direct expected revenues of $200 million/annually to underfunded pension funds. 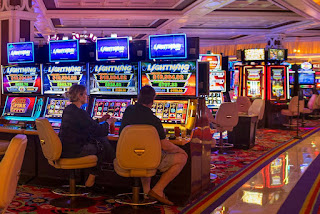 With casual gambling there are few spillover economic development opportunities, and since unless there are super strong community benefits requirements, most of the money made at the facility is repatriated to distant headquarters cities of the gaming companies (mostly in Las Vegas).

I don't think there are many examples of casual gambling places being super great economic development vehicles.  They might do okay, and generate some additional development and entertainment activity, but they aren't transformational.

Although one exception can be Native American related facilities like Mohegan Sun in Connecticut, although with the expansion of gaming in other states, revenues are down ("Facing increasingly crowded Northeast markets, Foxwoods and Mohegan Sun look overseas to grow," Hartford Courant).

Another way to think about casual gambling is that it is but one entertainment option out of many: movies; a meal; a concert; a sports event; etc., and it is more a "substitution" of one type of consumption for another, unless a significant number of patrons come from outside the metropolitan economy. 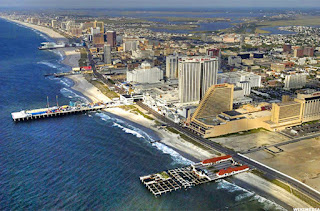 Atlantic City, which outside of Nevada is the only city that has tried to reposition around gambling as a destination, with multiple casinos, has never been successful in developing its place as a destination comparable to Las Vegas, where people spend multiple days ("How Casinos Failed Atlantic City and Why They're Still Part of Its Future," The Street, Atlantic City casinos needs to adopt 'Las Vegas model' to survive" and "Can A Non-Gaming Model Work For Atlantic City Casinos As It Does In Las Vegas," Atlantic City Press). 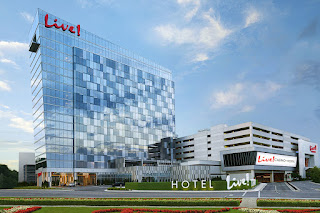 Maryland.  Maryland has opened a bunch of casinos.  The state gets a large proportion of the revenue ("Maryland casinos are doing better than before the pandemic," WTOP-radio).  Three are in urban areas, three in outlying areas of the state.  The outlying locations generate comparatively low revenue.

The most successful is in Suburban Washington, although the facility in Anne Arundel County, Maryland Live!, run by the Cordish Entertainment Group does reasonably well.  Baltimore has a casino too, which opened a few years after Maryland Live!

Once the casino opened in Prince George's County, revenues dropped in Baltimore and Anne Arundel, although the Arundel facility still does pretty well, while Baltimore lags significantly.

What should city priorities be in the "entertainment economy"?  When I used to work in hospitality, there would be non-sports restaurants trying to do programming around special events like the Super Bowl, or independent retail vis a vis Black Friday, which is dominated by national chains.  Mostly their efforts don't pan out, because people are attracted to the main providers, not secondary participants.

With gambling, I guess it's "everybody's doing it so we might as well do so."  (Sports betting is another element and can be incorporated into stadiums and arenas without expecting it to be a separate revitalization lever.)

But expecting it to do something remarkable for a city--when you think gambling, Las Vegas (or Reno and Lake Tahoe secondarily) is top of mind, not Baltimore, Prince George's County, Boston, Springfield, Philadelphia, etc.-- is a stretch.

This is true for horse racing ("More sports and revitalization: Pimlico Race Course in Baltimore") and gaming, unless you can make it a destination anchor as opposed to one choice out of many other entertainment choices.

Gambling addiction and people of limited means spending their money on such are other issues.

Not really related, but I feel like cities that have sufficient public transit/walking districts have dropped the ball on taking advantage of the current rental car shortage.

Rather than seeing TV ads to this effect ("Come to Boston, forget the rental car), or inaugurating municipal shuttle service to the tourist districts (perhaps paid for by a hotel surcharge within a city's downtown BID or a municipal tax) all I'm seeing are travel blogger write about convoluted ways to get around the high prices of rental cars (e.g. renting a utility van, using a car share service, etc).

I think this is particularly true in smaller and medium sized cities that are decent enough as tourist draws on their own, but usually require the use of rental cars to get from the airport to the city.

Very good point. Suzanne and a friend went to Seattle last month. (They met there, lived there for a long time.) Suzanne based in her DC experience is a lot more accustomed to transit. So they used transit, got Orca cards at the airport, got some rides, and used Zipcar a bit.

I encouraged her to consider signing up for Gig, the AAA = Cargo. She said it wasn't necessary but that she didn't see any of those cars on the street anyway.

If you know how to use transit, there's no reason to not be transit centric in visiting transit rich cities (Although many transit systems are still reduced in the face of covid.)

I've not been super motivated to write, have a bunch of unfinished pieces, but this is a worthy topic, although it will "force me" to buy a couple pieces of ephemera off ebay to better illustrate.

A lot of even small places have bus services to and from airports but they are poorly marketed. Eg., DK if it's changed but there wasn't a WMATA fare card machine at BWI, or if the light rail machine (not by the bus area) makes clear that the CharmCard works on DC transit. Etc.

======
Years ago when Suzanne and I went to Seattle for a wedding I was doubtful we could do it without a rental car.

But we got an Orca card, our Airbnb was by a bus stop. We had Zipcar. Got some rides. Maybe we took a taxi once. And Car2Go! Seeing a car2go while walking from the light rail stop from the airport to the bus stop for the bus to the airbnb was a saving grace. So much easier than lugging luggage on the bus.

When we went to Montreal we didn't get in a car for 10 days. (But we were right by one Metro station, and a short walk to a major hub Metro station. I even rode Bixi.)