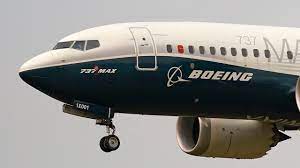 According to the Post ("Boeing's move to Virginia will mean few new jobs in DC"), it's not as big as a deal as it seems, because it will add relatively few people to Boeing's existing operations in the area, which are focused on military procurement.

When I first saw the news I thought five things:

(1) it demonstrates that Boeing thinks that the military business will be even more significant going forward ("Boeing is losing the plane race. So it packed up and moved to Washington," CNN); 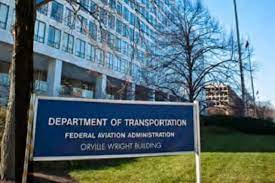 (2) I wondered if this was because Boeing wanted to communicate it was more concerned about fixing its relationship with its regulator, the Federal Aviation Administration, given all the various failures over the 737MAX program ("How ‘Boeing’s Fatal Flaw’ Grounded the 737 Max and Exposed Failed Oversight," New York Times, "Q&A: What led to Boeing's 737 MAX crisis," Seattle Times, "A Tale of Two Boeing Boards — The Disparate Conclusions of the Justice Department and the Delaware Chancery Court," JDSupra, "The Long-Forgotten Flight That Sent Boeing Off Course," Atlantic Magazine).

... just like the old MCI long distance phone company located in DC because its formative years were spent suing AT&T and lobbying the Federal Communications Commission on opening up of the telephony market. But then again, there is the issue of "regulatory capture."

But if that mattered wouldn't they have chosen an in DC location?

(3) why isn't DC proper particularly successful in landing high profile business headquarters? There is lots of coverage in planning circles about companies moving back to cities, after having decamped for the suburbs.  But this movement seems to bypass DC:

-- "Could bringing premier regionally headquartered business enterprises to the Pennsylvania Avenue Corridor be key to its renewal and revitalization?," 2014
-- "A lesson that seeing is believing: Panasonic's new building in Newark, NJ as an example, positive and negative, in businesses coming back to the city center," 2015
-- "Businesses moving back to the center: not a universal trend," 2015
-- "DC, Transformational Projects Action Planning, and the Baltimore-Washington Maglev project," 2021
-- "Do tax incentives pay off? : Illinois; Tennessee; Rosslyn + "The Airport Access Factor"," 2017

I can think of four instances now: Hilton; Nestle; Amazon HQ2 (but there, DC's response didn't meet the stated criteria for a large amount of contiguous office space); and Boeing for which it appears DC proper was never considered.

The Post article said that Northern Virginia leaders lobbying Boeing for this to increase the area's visibility and to get a win, even though it doesn't appear to be that significant:

The jet and weapons manufacturer’s decision to relocate was the result of a lengthy lobbying campaign by leaders in the region, reflecting the Washington area’s growing appeal to global corporations. Yet the shift appears unlikely to accompany a major economic boost in the short term.

Amy Liu, a vice president at the Brookings Institution and director of its Metropolitan Policy Program, said the company’s Northern Virginia move is a win for the region — at least in terms of perception.

“It’s a big vote of confidence that this is a community that can hold a global brand,” she said. “Even if there are not major job changes that are attached to the move, the fact that the corporate headquarters is in Northern Virginia means that the company wants to be known and branded in this region.”

She predicted Boeing would eventually add or shift other services to Arlington, eventually adding more jobs. Other companies will see Boeing’s shift as a sign that Northern Virginia is leaving behind its identity as a home only for government contractors, she said, while establishing itself as a high-tech hub.

To the person who asked me about this, and sent me an article about it, I did suggest that DC's economic planners and development officials aren't particularly good.  C. 2003 when I knew a lot less about urban planning and economic development than I do today, I thought they were much better.  Mostly, they are followers.

The city is decently successful around law and lobbying firms, and trade associations, plus multiunit housing, entertainment districts, and to some extant, retail, but not in keeping federal agencies nor in landing large businesses that desire proximity to the federal government.  WRT Northern Virginia and to some extent, Montgomery County, lap the city significantly ("The East-West Divide | DC area regional economic development: anchors and where they are placed matter + airports | But military spending matters the most." 2021).

(4) At the same time, I wonder if the "animus" about "Washington" directed by much of the general public wrt national politics based here--although they forget that that Washington is produced by their voting choices back home, and they create the cesspool by making bad voting choices--makes it harder for DC to recruit corporate businesses to the city proper, because they don't want the association? ("Basically Everybody Under 40 Hates Washington," Time Magazine).

(5) and finally, will crony capitalism send more business headquarters to the DC area?  Given that Republicans are inclined to "get all up in the business of business" given the actions by Florida Governor DeSantis to punish Disney Corporation after it spoke out against State-passed culture war laws ("Disney government dissolution bill signed by DeSantis," AP, "Sen. Josh Hawley's Move to Strip Disney's Copyrights Called 'Blatantly Unconstitutional'," Variety), will businesses relocate to be around the national center of power, the way that it happens in other countries.

For example, Thessaloniki lost its preeminence as Greece's center for business and industry as more companies felt they were better served by relocating to Athens, to be closer to the politicians.  (Turkey and Istanbul is another example.)

DC has a branding problem.  WRT DC proper, it needs to refocus on branding and identity development, and how to create a brand for the city that isn't tainted by national politics ("City Branding (Place Branding) | Meaning, Stages & Examples," PlanningTank, "Strengthening the city’s reputation in the age of cities: an insight in the city branding theory," City, Territory, and Architecture).

-- THE BRANDING OF CITIES: Exploring City Branding and the Importance of Brand Image, masters thesis

The city has "leaned in" on being the national capital and leader of the free world.  (I joke that because the US is still the strongest nation, even after Trump's destruction of so many elements of the nation's leadership, that people in DC define anything they do as "world class" whether or not it is.)

But at the same time, "the nation and the world" define DC solely in terms of its place as the political headquarters of the US, diminishing the local brand and any sense of an independent, local identity.

I've written about this a lot, starting with, "Town-City branding or "We are all destination managers now"" (2005).

-- "City branding versus identity | Branding versus Urban Strategy," 2019 (this entry has multiple links to previous entries on the topic)

But this is much more than about making a community great for residents ("placemaking") and attractive to tourists.  It's about a noxious reputation created by others over which "the city" has minimal levers to impact.

FWIW, the move of Boeing's HQ to Chicago from Seattle is seen as a bad move, in disconnecting the administration of the company from its core business, plane production, especially as the firm started in Seattle (although now it has significant operations in Wichita and Charleston, South Carolina, among others).  Part of this was to distance the company from the strong union presence at the Seattle area manufacturing facilities.

The concerns here about DC proper are extremely overstated. Or, put another way, this case doesn't prove anything.

Boeing didn't look for any new space here at all. Basically, the CEO will now work (most of the time) out of an office in their existing Arlington building. Trying to argue that this means anything (good or bad) about DC is absurd.

If Boeing was always going to pick among their existing office buildings, then there's nothing for DC to 'land.'

As with a lot of things, there's a lot of ink spilled about this decision, but almost none about the fact that maybe the new Boeing CEO just wanted to have his office in the DC area rather than Chicago.

personally i think is disgusting and a huge problem to see all these corporate HQs move here ... it is only since the federal govt is here. siphons off innovation/productivity from the rest of the country.

As with a lot of things, there's a lot of ink spilled about this decision, but almost none about the fact that maybe the new Boeing CEO just wanted to have his office in the DC area rather than Chicago.

It is an interesting point.

As you likely know, a lot of the corporate headquarters moves after a new CEO comes on board have to do with proximity to where they live.

The Washington Post: Raytheon will move headquarters to Arlington.
https://www.washingtonpost.com/business/2022/06/07/raytheon-headquarters-arlington/

also see the past blog entry

"As Boeing pushes for exemption for MAX 10, report to FAA critiques 737 crew-alerting system"

Massive expansion of Boston biotech industry outside of Cambridge, because they just need so much space, for labs and manufacturing facilities.

"Greater Boston’s biotech industry has spilled out all over the region, leading some to ask: How much is too much?"

“The commercial office building developer is saying: I don’t have a full occupancy anymore. Can I convert my building to a lab/office environment?” said David Woolson, partner with AHA Consulting Engineers in Lexington. “They’re getting sometimes three times the rent for that type of space than they are for an office space,” which often makes lab the more profitable choice even if it’s more complex and expensive to build.

Some developers have begun whispering that lab demand, which has risen ever higher for years, can’t stay like this forever. They say the industry has inflated land prices, making other types of property — especially residential — increasingly expensive and difficult to develop. A number of life sciences companies have laid off workers in recent months. Biotech stock prices have been on a downward slope for months. And consulting firm Ernst & Young sees mergers and acquisitions — concentrating the sector into fewer, larger firms — on the horizon.