An idea for Sunday streetcar service in DC: heritage streetcars 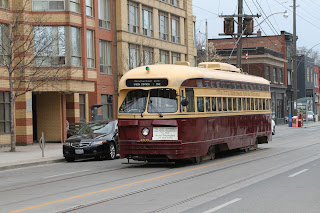 This summer, on Sundays, the Toronto TTC is running a heritage streetcar on its Harbourfront streetcar line.  Riding that particular car will be free ("TTC offering free rides on vintage streetcar this summer," CityNews).  From the article:


Sunday-only boarding will be available from noon to 5 p.m. on the 509 Harbourfront streetcar route.

“PCC cars will travel from Union Station to the Fleet Loop, providing a scenic view along Queens Quay West. It makes stops at many tourist destinations on Toronto’s waterfront, such as the Ferry Docks, Toronto Music Garden, HTO Park, York Quay Centre, Stage in the Round, The Power Plant and numerous other attractions,” the TTC said in a statement.

The classic burgundy-and-cream-coloured streetcars were a common sight in Toronto more than 70 years ago and made their debut on the St. Clair route in 1938. PCC stands for Presidents’ Conference Committee, which was a 1930 North American transit industry committee that developed specifications for new-era streetcars. The last PCC streetcars were retired from service in 1995. Today, the TTC has two PCC cars it uses for special occasions and charters. 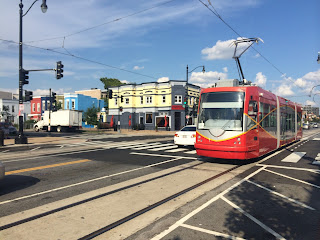 DC's streetcar does not run on Sundays. Currently, DC's recently launched streetcar service doesn't operate on Sundays--even though the weekend is a peak period for demand in the H Street entertainment district--because of a limited number of modern streetcars in the fleet, and the time requirements for regular maintenance of the transit vehicles. 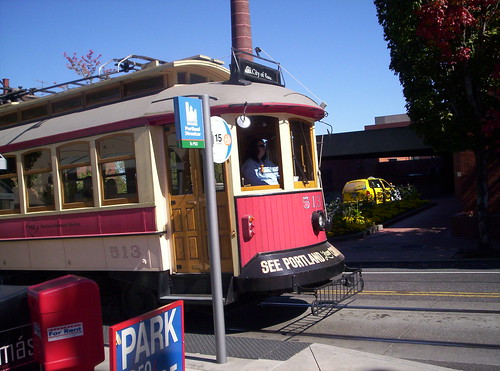 That idea was inspired by what Portland (pictured at right) used to do--they would run a heritage streetcar on weekends on the light rail line to promote developing the separate streetcar line--and what San Francisco does on its F Line, which is a line of heritage streetcars, painted in the liveries of various streetcar systems from the US and elsewhere.

In 2012, the city announced that they were looking at this idea, but I haven't heard about it since. 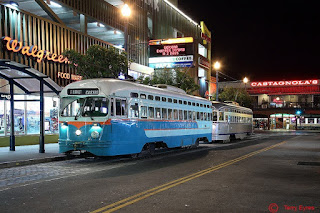 Flickr photo by Terry Eyres of a SF streetcar painted in the livery of DC Transit.

Public-private partnership as an opportunity for Sunday service using heritage streetcars.  This would be a great project for a "public-private partnership" involving (1) H Street Main Street, the commercial district revitalization organization on the corridor; (2) the Ward 6 City Councilmember; (3) developers with projects in the corridor, especially the Akridge Company, which is developing Burnham Place, a mixed use district over the Union Station Railyard; (4) the National Capital Trolley Museum, using the Market Street Railway organization in SF as a model--they procure and rehabilitate cars for use in the F Line service; and (5) potentially other stakeholders such as transit organizations, Union Station, etc.

Amazon example.  Note that in Seattle, as part of proffers related to development proposals, Amazon bought a streetcar for the Seattle system, and paid towards additional service hours, to expand streetcar service in the district where their headquarters is located ("Amazon to Buy 4th Streetcar, Fund 10-Minute Headways," Seattle Transit blog). 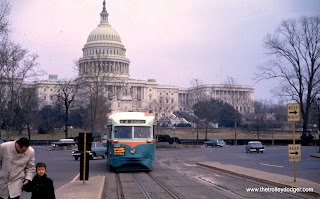 Image from the Trolley Dodger blog.

But those elements and others would be enhanced by implementing this idea.