Revisiting stories: Tax breaks for Disneyland to end in Anaheim

The 2016 election resulted in a shift on the City Council, from a pro-Disney majority to a majority that was more questioning of the tax breaks, which "cost" the city many millions of dollars of tax revenue each year, even as the city benefits considerably from taxes and revenues related to Disneyland.

-- "Outside Disneyland, a Reminder for Governments to Be Careful What They Wish for," Governing Magazine

My favorite is an old agreement for a parking structure. It cost $100+ million to build and Disney makes about $35 million/year from it, while paying $1 per year in rent. 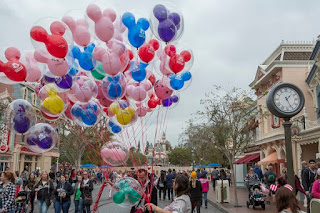 About 45% of the city budget is derived from Disney-related revenues, about 20% of the city's employment base is made up of people employed by Disney, and significant segments of the local economy also benefit.

But in the face of a November referendum put on the ballot by labor interests ("Disneyland $18 Minimum Wage Qualifies for Anaheim Ballot," Variety), calling for high minimum wages for hospitality-related businesses benefiting from city tax breaks, Disney asked the city to cancel the tax breaks, thereby making the results of the forthcoming election moot ("Anaheim officially puts an end to tax breaks for Disneyland Resort," Los Angeles Times). 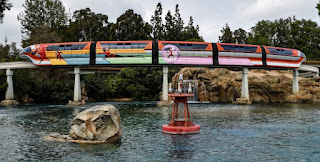 From the standpoint of generalizable lessons, I don't know exactly what to make of this.

First, I believe that strictures on collecting entertainment taxes are bad policy. The point of such taxes is to more directly benefit from the presence of such facilities. It's also a way to pay for the tax breaks that might be provided.

Second, I think it's reasonable to tie wage requirements to tax breaks, as an element of public policy.

Third, it shows that there are pressure points with corporations.

Fourth, but this is an exceptional case. Unlike a sports team that can move, e.g., the Rams football team from St. Louis to Los Angeles, or the Oakland Raiders to Las Vegas or the Seattle Supersonics to Oklahoma City, Disneyland can't up and move. It's a fixed asset.

It might reduce its rate of growth, but it will continue to be vital and successful.

It will be interesting to see the long term changes that result and any changes to the City of Anaheim's revenue base.

The company claims that it will look elsewhere for projects ("Disney, Wincome Group Could Abandon Future Projects In Anaheim If Minimum Wage Measure Passes," Bisnow) and it does have options to do so, in abutting communities that are close enough for projects to be integrated in the Disneyland ecosystem.

But in the short run, they've staved off the possibility of being forced to pay higher wages as a result of linkages with tax breaks.