One of the things about watching tv programs from other countries is that you can spy interesting urban design measures, such as on Newcastle and Tyne on "Vera"--the Bird of the North, the Tyne Metro system, the river waterfront and the pedestrian bridge (which I knew about anyway) and the wayfinding system along the waterfront.

I saw a Brighton and Hove bus at the end of an episode of a Gordon Ramsey show and it clued me into graphic design treatments of a routes major destinations on the bus.

"My Life is Murder" is set in Melbourne, and Melbourne/Victoria State, Australia are world leaders in transit and transportation demand management (they invented it). Besides tons of shots of streetcars, because Melbourne is one of a handful of world cities that kept its streetcar system, one of the episodes showed the CityLights Sound Bridge lit up at night. Wow. 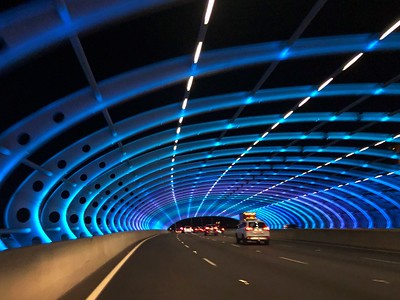 It illustrates my point ("Transportation Infrastructure and Civic Architecture #3: Rhode Rhode Island Avenue Pedestrian Bridge to the Metrorail station") that we could be using our bridges, tunnels, and transit station platforms a lot better as elements of civic architecture, public art and high quality urban design.

As far as trams are concerned, Melbourne is a good example too of having both modern and heritage vehicles in their fleet. 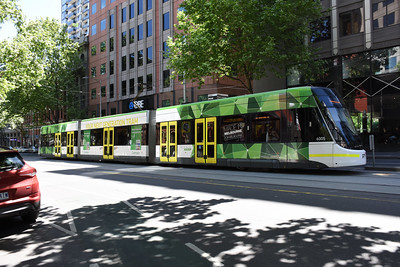 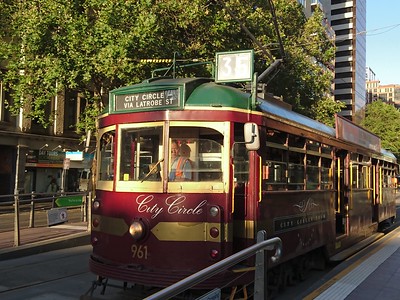