Foxconn is an Asian company specializing in the third party manufacturing of technology goods, like smartphones.  They operate at a huge scale.

But they also have a history outside of their home base in China of making big announcements for new facilities in other countries, and never following through ("Foxconn’s history of broken promises casts a shadow on Wisconsin news," MarketWatch). 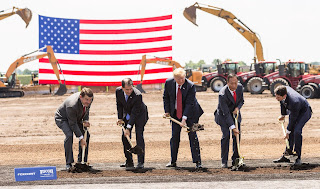 The Verge has a great piece, "Foxconn's empty buildings," on the Foxconn debacle in Wisconsin.  The state and localities promised up to $4 billion in incentives and the company promised to create a North American technology research and manufacturing center with at least 13,000 high paying jobs.

They built a couple buildings--much smaller than what they said they would, with no real manufacturing capabilities--and hired people every so often so they could hit their hiring requirements to trigger incentive payouts by the end of the year, but basically nothing is going on. 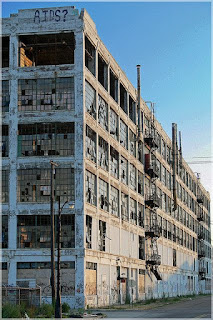 This project was touted by President Trump and then Governor Scott Walker as a quantum change in manufacturing employment, the place of the US in the tech manufacturing ecosystem ("Why not build an iPhone in the USA?," USA Today), and a sign of a resurgence in the so called Rust Belt, where large scale manufacturing of products, cars, steel, and other goods has been in long term decline.

Wisconsin was once a big center of automobile manufacturing for both Jeep and GM ("A decade later, Janesville confronts life after GM," Automotive News), and a major manufacturing site for many other products.

While I did mention in this piece, "An example when I may disagree with Richard Florida: incentives for landing the Amazon HQ2," that this might make sense because it wasn't merely moving a business from one state to another, but creating new business, it was questionable because the Midwest isn't a known center for electronics manufacturing (washers and dryers, sure), because Foxconn has made similar announcements in other countries and never followed through, and because Trump and Walker are not to be trusted. 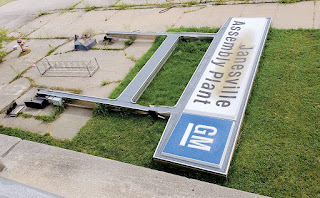 Photo: JOSH MARX. The Janesville Assembly Plant was GM's oldest plant when it closed in 2008 and employed 7,000 people in its heyday.
Interestingly, the Verge article makes the point that the local and state economic development officials presumed that Foxconn was being forthright and truthful and basing their announcement on sound economics and business planning, not recognizing that like Trump and Walker, they had other motives for making the announcement and it wasn't likely they would follow through.

It's also interesting, considering that Governor Walker's political decision to not support High Speed Rail development in Wisconsin, because it was proposed by Barack Obama, led Talgo, a rail manufacturing company to move its plant out of Wisconsin.  Talgo had been recruited by previous Democratic Party officials ("https://isthmus.com/opinion/opinion/you-thought-wisconsin-losing-high-speed-rail-was-bad/," Isthmus).

Politics and business (which often is a form of "crony capitalism") too often is a bad combination.

This happens because the politicians want the ribbon cuttings, and their desire for action and maybe their inability to make sound judgments about whether or not business plans are sound.  But too often, there isn't much accountability, because by the time the project fails, the elected officials have moved on. 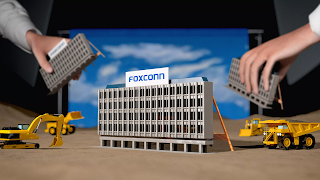 Of course, a city like Mount Pleasant, Wisconsin, where the facility was supposed to be developed, doesn't have that luxury.

Even if they don't have to pay out incentives, they've already invested hundreds of millions of dollars in utility, transportation, and other infrastructure that isn't needed, and they displaced property owners, houses, etc.

Economic development versus building a local economy.  One the things I try to make a distinction between is what is typically called "economic development" -- focused on business recruitment versus "building a local economy" -- which is focused on leveraging existing advantages, higher education, existing businesses, and creating opportunities for new types of business.

The latter is harder and more time consuming, but can be much more successful over time.

Colossal waste of time and money! I read The Verge article yesterday, wild. Especially seeing that Republicans tried to blame the failures on the Dem gov!

Well, I feel bad that a few years ago, I said it could be worth doing. But given the company's track record outside of China, realization seemed remote. Plus it's not like Trump ir Walker were particularly successful at the recruiting if viable businesses. Eg MyPillow ...

Wow. Apparently the way that Georgian cities can screw county governments and school systems in terms of tax incentives for developers is quite remarkable.

Tax abatements seem pretty standard in Atlanta and its environs, even in strong market areas.