Setting the stage for the Purple Line light rail line to be an overwhelming success: Part 3 | Some influences

I had some half written blog posts concerning transit innovation and related matters, including:

★ An article "BART has $3.5 billion to spend: Here's what we think they should fix first," from the SF Chronicle listing improvements that could be implemented that would have significant positive impact on ride quality, but it's likely that these items aren't part of the big $3.5 Billion plan.


1. More service, more frequently.
2. Adding more trains during rush periods.
3. Longer trains during rush periods (Make all trains 10 cars during commute hours)
4. Replace or fix the escalators and elevators
5. Add late-night Friday and Saturday service
6. Smooth the rails (rail grinding) in tunnels and other locations where they the contact between the rails and the wheels is very loud and noisy.
7. Working security cameras.
8. Improve the system's ability to deal with weather.
9.  More hand-holds and poles [note that in the DC subway system, I argue that poles are often placed in cars in ways that hinder people from moving deeper into the car and create congestion at the doors]
10.  Train arrival and departure information in station lobbies

This relates to the current system repair program for the DC area Metrorail system in that people don't experience positive changes to their experience.  They are structural improvements that aren't visible and they haven't yet had enough of a cumulative effect to result in improvements in reliability and quality of service.

Plus, they are combined with serious service cuts in frequency and cuts to the bus network, so while one hand giveth, the other takes it away.

Some focus should go towards customer service improvements that are visible--recognizing that as more new 7000 series trains come into service, that is definitely a visible improvement. 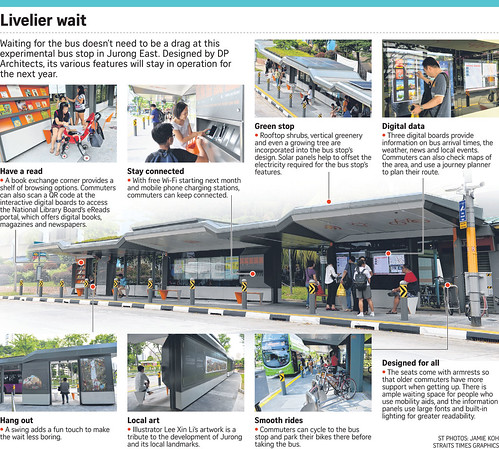 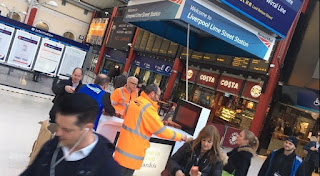 I have been upset with how disconnected transit stakeholders seem to be from the reality that local transit service quality has degraded so much, partly reflected in the blog entry, "Wrongsizing is not rightsizing" and customers are supposed to just take it (the stakeholders aren't clued in to Hirschman's Exit, Voice or Loyalty and right now we are seeing a lot of exit)

So I was impressed that Pierce Transit in Washington State, which is finally getting enough revenue to restore service that had been drastically cut during the Great Recession, is launching the restored services by offering free trips.

And that after emergency repairs at the Liverpool Lime Street Station were finished, Network Rail gave their apologies and thanked customers for their patience.

★ Transport for London has "product design managers" for the transit system. (And the VIA transit system in San Antonio has an urban design unit.)

From the presentation by Ivan Bennett, Design Manger for London Buses:


One reason other systems have failed is the lack of continuity. London bus stops extend beyond central areas and cover all routes in Greater London. Ivan indicated that passengers do not just want information about where they are travelling from, but when they get there, they need the same consistently presented information. People need information near their homes and local areas, not just in the centre of the city.


====
Plus, a variety of previous writings including:

And having recently come across one of the best practice guides from the HiTrans project in Northern Europe, Public transport -- Plannng the networks.

cleaning some of the metro stations would help

Concrete doesn't age well... and it isn't helped by a not bright enough lighting system.

Thank you for writing this 3-part series. Looking forward to reading your past articles.

I will be writing another piece, sort of part of this series, in response to the housing article written a few weeks ago by Luz Lazo. I intended to try to get an op-ed in the Post about, but I got involved in other things.

Basically, since the Purple Line conf. at UMD a couple years ago, I've been saying that if people really want to do all the things they say they want to do about housing, affordability, community improvement, then the counties need to be an actor in the process, and they can only do that by creating a CDC like program, and creating a "transportation renewal funding district" to pay for it.

That's discussed in a couple of the articles but needs to be revisited.

The idea was always that the counties would be active actors in some sense like buying properties at times, etc., and that includes the Montgomery Housing Partnership, but also as a funder of other efforts by the private sector and the nonprofit sector.

I guess I should try to write that one too.

Opportunity to do redbox/ATM/co-op there. Or branch library!

I don't know why in the DC area people hate having shade or cooling. The silver spring transit center, lack of proper AC on metro stations/trains, gradual removal of arcade fronts in DC.

... arcade fronts probably about building to maximum s.f. to be able to charge for every possible sq. inch...

You definitely lose a lot from that.

I hadn't thought of it wrt arcade fronts but you're right. It's probably driven by the $, but at the same time, with the postwar shift towards the car as the primary conveyance, for obvious reasons, the urban design characteristics of buildings as places reached on foot were abandoned.

Storefronts are way less interesting. Obviously that is less the case in remnant districts like Fredericksburg or Frederick...

2. wrt bus stops, very aggravating. I hate the bus shelters that aren't shelters, but stops, with no side protections against wind, etc.

I think there were some heating elements at some of the stops at the new Takoma Langley Crossroads Transit Center...

Yes, though, SSTC is an abomination. How the f* that cost $150MM is beyond me.

I have never taken a course in construction cost estimation. But WFA doesn't come anywhere near.

The pieces by Alon Levy etc. about the high cost of transit construction in the US, I read them, but I always find the explanation wanting about the differences between the US and Europe.

Part of it is our EIS process. Part, in NYC at least, probably involves some featherbedding (W and A).

You can't hide that much Fraud in regular pricing.

And it's not like Russia, where they spend over $200MM for mile of road construction in Moscow, all because of Fraud and Abuse...