Different policy proscriptions are required depending on the economic strength of the local market: Community Revitalization/Historic Preservation

Pre-pandemic, DC was a strong real estate market, at least from about 2003, not before. But during the strong market period, actions it would take with regard to "nuisance properties" would likely get the property back online. One such tactic is the 4x tax surcharge on vacant properties.

But I remember a former Washington City Paper writer suggesting that such a surcharge would be great for Flint, Michigan.

I said no, Flint has thousands of vacant properties, so a surcharge would merely lead to the demolition of such properties. And a vacant lot is no better, in fact, even worse to deal with in a weak real estate market, but because new construction won't appraise for a mortgage, given the state of pricing.

When DC was in a more weak state, a "condemnation order," which is an order to cure a nuisance property, would often result in the building being torn down. That's because either the property owner didn't have the money to fix it or because it didn't seem as if the increased costs would be paid off in terms of higher value.  Perversely too, by removing the building, the property tax would go down significantly.

Depending on the neighborhood, these days, the same property would be worth upwards of $1 million. 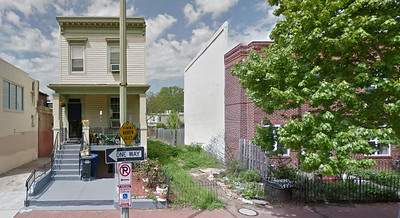 For example, the vacant lot to the right of this building had been occupied by a frame rowhouse practically identical to the one still standing. But a condemnation order led to its being demolished. 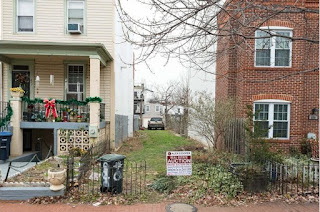 2003. But by 2005 definitely, the real estate market in this neighborhood had turned the corner.

But the property is still vacant today, and it is going on 20 years.

Had the property been improved and sold and lived in by a couple people paying property, income, and sales taxes, and hopefully patronizing local businesses and even contributing to community improvement, the city would have been far better off.

I have to believe that having a different process, focused on keeping the existing property intact, but fixing it up, would have been the better choice.

There is an article in the Richmond Times-Dispatch, "'I almost started crying when I saw it': A historic house tied to the Underground Railroad was demolished in Petersburg" about the demolition of a property on Pocahontas Island in Petersburg, Virginia. The city issued an order to condemn the building. 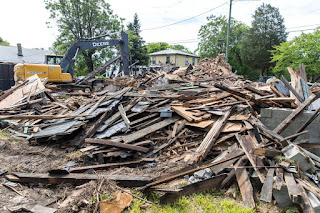 Twitty had rejected offers to sell the property, including from members of Stewart’s family and Preservation Virginia, whose CEO, Elizabeth Kostelny, called the loss of the house “tragic and completely unnecessary.”

“Many groups and individuals had shown great interest in helping to save and rehabilitate the structure,” she said. 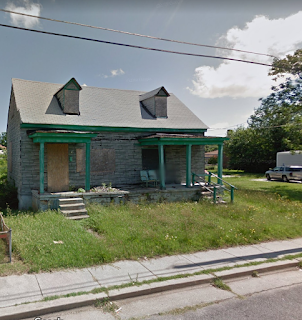 Instead of fixing it up, the owner tore it down.

And given that May is National Historic Preservation Month, this is particularly noteworthy because the house "was old" and folklore connected it to the Underground Railroad story.

In any case, a vacant lot, in a weak market, is likely to remain vacant for decades.

But the city could have gotten a different result with different processes. The policy goal for such a house and such a neighborhood should be  conservation of existing buildings, not just for reasons of history and/or historic preservation, but because the likelihood of new construction happening is remote.

Instead of issuing a condemnation order or allowing for a house to be demolished, the process could have involved receivership ("Receivership as a strategy for notorious nuisance properties," 2017) where a third party is able to step in and fix it, and even eminent domain to force the sale of the property in a situation where the property owner is unwilling to maintain the property in a manner that maintains the health, safety, and value of the community.

In the Ohio receivership program, the entity that cures the nuisance can be awarded the property through a separate legal process.