I read a column recently that made the point that even with "Woke Capitalism," capital comes first, before woke-ness.

And I have written a lot about how cities need to protect their interests when it comes to funding sports stadiums and arenas.  If you have a team owner who is lousy, such as Daniel Snyder, Jeffrey Loria, or the Dolans, separate from the team losing (the Ford Family and the Detroit Lions), the local jurisdiction has zero recourse. Teams are part of oligopolies where the localities have no say.

I have an old post about Walmart, making the point that they make business decisions based on the impact, positive or negative, on their revenue, and they prefer to maximize decisions that make more money.

As a result it's possible for them, simultaneously, to be anti-union, discriminate in terms of employee promotions, make scheduling decisions in the favor of the company, do nutrition and health positive programming in association with Michelle Obama, and focus on sustainable business practices like recycling and solar energy, all from the same line of thinking.

The NFL has become woke in the face of the George Floyd killing and the subsequent protests, to the point where the Commissioner stated he was wrong about Colin Kaepernick's kneeling protests ("NFL commissioner Roger Goodell: I 'encourage' a team to sign Colin Kaepernick," ESPN).

If the team had been successful under owner Daniel Snyder ("Dan’s Disaster: How the Washington Redskins Plummeted to Rock Bottom," The Ringer) maybe they wouldn't be so quick to pile on.

But the team isn't successful, which puts Snyder in the position of having to kow tow to the NFL owners and minority owners of the team. 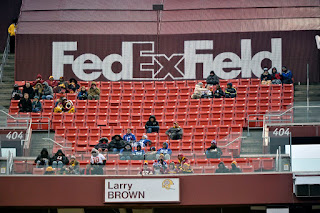 FedEx paid the Washington Redskins $205 million in 1999 for the naming rights to FedEx Field in Landover, Md.MARK TENALLY/ASSOCIATED PRESS. But now that the stadium has plenty of empty seats because of consistent business failures on and off the field, are naming rights worth it?


FedEx, founded by Fred Smith, who is also a minority owner of the team, and the "proud" sponsor of naming rights for the stadium ("Absolutely, positively, it's now FedEx Field," Washington Post, 1999) where the Redskins play, has informed them that they will end their naming rights deal at the end of the upcoming season, unless the team changes its name ("In private letter to Redskins, FedEx said it will remove signage if name isn’t changed," Post).

I just hope that the name change won't provide further impetus for DC to try to recruit the team back to the city.  We could do much better redeveloping the RFK site to achieve other goals that are more economically and socially beneficial ("Stadiums and arenas redux: Mayor Bowser still wants the area NFL team to relocate to DC," 2019 and "Wanted: A comprehensive plan for the "Anacostia River East" corridor," 2012). 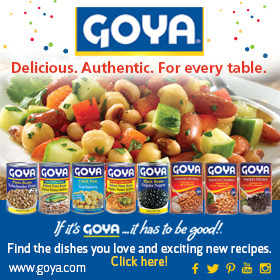 Similarly, the Goya Foods CEO was at some to do at the White House and he said very positive things about President Trump, even though Trump is pretty anti-Latino in immigration and other policies, and Latinos make up a large proportion of the primary customer base for Goya products.

Many people from Chef Jose Andres to Alexandria Ocasio-Cortez and Julian Castro have called for a boycott ("Goya Foods Boycott Takes Off After Its President Praises Trump," New York Times).

FedEx is a leader in brand management. They know what the trends are, brand-wise, for the Redskins as a team name and they'd rather be on the right side of the trends.

Obviously, Robert Unanue, CEO of Goya, isn't as well attuned to brand management.   Despite a recent effort to refresh the brand.

Unanue is complaining about the calls for a boycott as a restriction of his "freedom of speech."

But there's no restriction on his speech.  He's free to say whatever he wants.  Just as people have the right to not buy your products and tell you why.


Regarding cities and brand management:

Should anyone be surprised that the team was also a hotbed of sexual harassment?

Bad management and a toxic environment is expressed in myriad ways.