Managing the brand promise of cities in the face of corruption

The DC City Council did vote, 12-0, to trigger the process of expulsion, which will require a hearing at which Councilmember Evans has the opportunity to make his case, before a final vote ("D.C. Council votes to recommend Jack Evans for expulsion," Washington Post).
===========

Officials and stakeholders as managers of the city's identity and "brand."  In 2005 I wrote a piece about commercial district revitalization making the point that if we think of ourselves as "destination managers" we will make places great for both residents and visitors.

In 2008, I extended this concept to city elected and appointed officials and stakeholders as a community's collective of "brand managers" responsible for the brand promise of a community:

In 2015 I extended this even further, that officials and stakeholders need to see their roles as the managers of a community's assets, and I've been meaning to do this around risk management too, although I have written about that in the context of lawsuits around policing.

Failure as indication of system failures that should be addressed.  For example, Chicago spends many tens of millions of dollars every year in settlements concerning police misconduct. You'd think that elected officials would take that as an indicator of a problem with the police department, and look at the need for management, process, and policing reforms, rather than merely a "cost of doing business."

The "Brand Promise" of a local government should be managed. 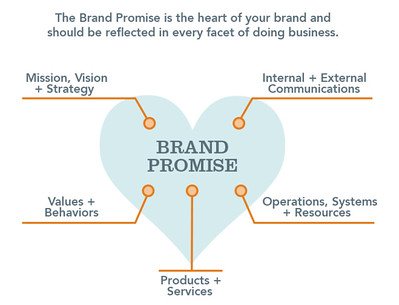 From "Living up to your brand promise," R+M Agency

DC City Council is faced with an equally tough "brand promise" decision over what to do about Councilmemmber Jack Evans, who looks to be guilty of significant ethics violations and misuse of his office to do "consulting work" on the side.

In DC, the Councilmember job is considered part-time, so all but the Council Chairman can have side jobs. Typically the jobs Councilmembers get, outside of teaching, are with companies doing business with the city, and it's what I call "designing conflict in," setting up a structure and process that builds in opportunity for graft, corruption, and the trafficking of confidential information.

The Post has an article, "Most D.C. lawmakers want to boot Jack Evans from committees, but not the council," about how the City Council is torn on what to do: (1) to let the voters decide; (2) to censure him and strip him of all his committee memberships; or (3) to expell him from the Council, which they have the power to do.

From "Brand promise vs. tagline?: what's the difference,," SimpleStrat.

Separately, a recall petition has been filed, although Evans is challenging up to one-third of the signatures, and next year the Ward 2 position is up for reelection anyway, and already six people have filed their intent to run.

But combining the roles of (1) destination managers; (2) brand managers; (3) asset managers; and (4) risk managers, the City Council is all of that for the City of Washington.

They are responsible for communicating the city's values in vision and practice.

I used to get into "arguments" about the brand of Eastern Market, DC's public market, while sitting on the Community Advisory Council for the organization.

The "Inverted Jenny" is probably the most famous stamp printing error for the US Postal Service.

One instance was during the reconstruction of 7th Street SE, we came up with branded manhole covers, and some were received with a typo. For obvious reasons, the manufacturer didn't want them back (too heavy to pay for shipping), and they said we could have them. The decision was made to sell them for fundraising purposes.

I objected stating that if our brand is valuable, then we should make the hard choice and discard items that have a typo.  Because being error free was more important than making a little bit of money.

I was the only dissenting vote.

Similarly, I would make the argument that each individual business contributes to the collective, the whole of the brand for Eastern Market, and that businesses that don't measure up need to be addressed.  That didn't go over well either.
Manage the brand: Expel Jack Evans.

Jack Evans is one element of the brand of DC City Council.  He is the longest sitting Councilmember.

Councilmembers need to make the tough decision and:

(1) Make Councilmember jobs full-time and banning outside income, with the possible exception of teaching.

If the voters want him back, like Adam Clayton Powell, he can run again next year and make his case ("New York voters restore Powell to his congressional seat," Politico).

====
I've been doing some research in the Washington Post backfile and came across an article from the 1970s probably about corrupt practices in DC government, and how this doesn't justify statehood, with the response, why should DC be held to a higher standard than existing states.

While I have come around to that position, it doesn't justify not taking a strong stand against corruption and ethics violations.