After a major set of snowstorms in 2010, I started writing an annual piece on what I called "a maintenance of way agenda for the transit city." 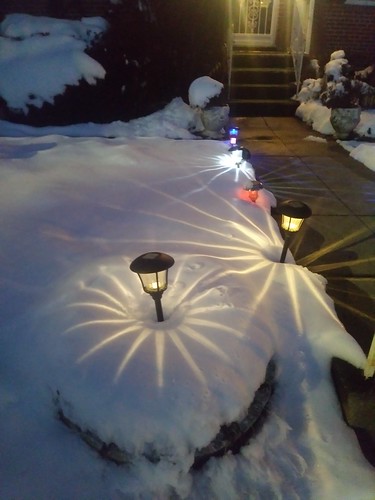 MOW is a term used by railroads.   And "transit city" encompasses sustainable modes of transportation--walking, biking, and transit--based on the concepts expressed in "Transportation and Urban Form" by Peter Muller.

Cities still are grappling with reorienting practices of city agencies in favor of sustainable mobility, even though a majority of transportation movement in cities is likely to be by pedestrians and transit riders.

One of my indicators in change in practice was how the Takoma Recreation Center has slowly expanded its sidewalk snow removal practices over the years, something that I tend to comment on in the series of pieces.  Over ten years, now they pretty much remove snow from all the sidewalk around four blocks, which is quite good since originally they did zero clearance from the perimeter sidewalks.

I was really surprised to see the DC DPW director, in this piece the other day from WTOP-radio, "How DC is preparing for this year’s wintry ‘Polar Coaster’," acknowledge as a priority snow clearance from bike lanes, intersections, and bridges, which have been persistent problems over the decades as the snow plow practice "regime" preferences motor vehicle movement. From the article:


“Protecting bike lanes has become a higher priority as more residents use bicycles as an alternative and even primary mode of transportation. The snow teams … are dedicated to keeping the bike paths, bridge deck, sidewalks, [disabled accessible] ramps, intersections and bus shelters clear,” Geldart said.

The article includes a twitter message embed with a video demonstrating a smaller machine used for clearing bike lanes. 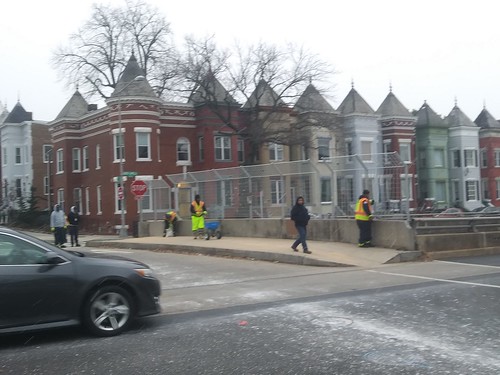 And I have noticed, just like with the Takoma Recreation Center, incremental improvements over the years.

E.g., last Janruary I was shocked to see DPW crews salting sidewalks on bridges across North Capitol Street in advance of a snow storm when I was at a meeting in the Bloomingdale neighborhood.

While these are great steps there are always opportunity for improvement.

Past pieces have discussed better practice such as:

More recently, I learned that: